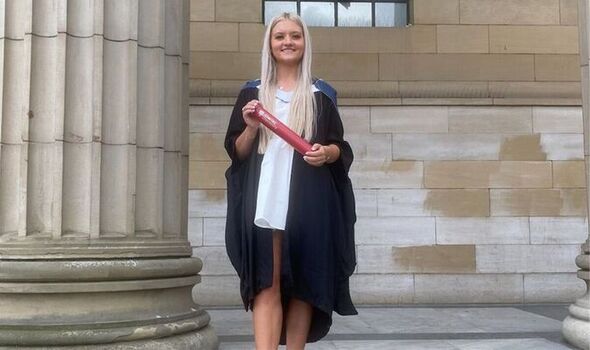 A waitress has announced she is suing Nando’s after being left seriously injured after some product soaked through her clothes while emptying a container of cleaning detergent. The liquid was so corrosive it burned through her jeans and reportedly ‘melted the skin’ on her right thigh.

According to the Daily Record, the 21-year-old from Dundee needed specialist treatment at A&E and although the wound has now healed, she has been left with a permanent scar.

Speaking about the traumatic incident, Mairi said: “It was absolute agony – it felt like my leg was on fire. I’m now left with a permanent scar in a really prominent place on my body. The burn was so painful. It took months to heal properly but it’s the scarring that upset me the most. I’ve got scars on both my legs due to the splash going everywhere but it’s the right thigh that’s the worst.

“It makes me feel so nervous to wear shorts or skirts.”

Mairi’s injury happened in December 2019 at the Nando’s restaurant in Nethergate, Dundee. She was tasked with changing the detergent for the dishwasher but when she removed the old bottle from the appliance, it splashed her. The heavy duty cleaner soaked through her jeans and melted her skin – leaving a three-inch sore that needed hospital treatment.

Mairi went to Ninewells Hospital where medics provided a specialist washing treatment to remove the detergent. She was then bandaged and had to recover at home for more than a week.

Mairi, who graduated from Abertay University in July with a degree in criminology, added: “I wasn’t given any special apron or gloves or anything – we were just kind of expected to crack on.

“A legal action is not something I wanted to do but I felt I didn’t have a choice because after it all happened I felt like Nando’s just fobbed me off like it was nothing.

“But it’s not – how could the skin melting off your leg be nothing? If nothing else, I just hope it makes things safer for other people as there must be people all over the country who work in hospitality and see injuries like this all the time and think it’s part of the job, but it’s not.”

Mairi has now launched legal action against the restaurant. The case, which called in court earlier this week, sets out that Nando’s was responsible as it failed to carry out a risk assessment, failed to provide Mairi with PPE and failed to provide proper training.

Simon Hammond, Partner at Digby Brown in Edinburgh, the firm helping Mairi with an employer liability claim, said: “Workplace injuries are sadly a very common occurrence but what’s really unfortunate is just how avoidable they are.

“If Nando’s followed simple protective measures then Mairi would not have suffered like she has and you only need to look at the photo of her burn to imagine the pain she must have felt.”

A Nando’s spokesperson said: “We strongly dispute these allegations. We cannot provide any further comment given this is an ongoing case.”