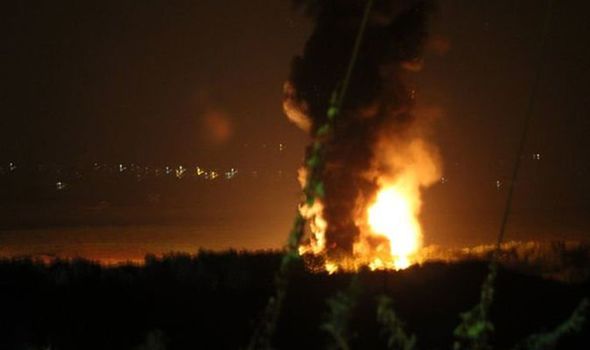 Harrowing pictures and footage from social media showed billowing smoke and flames reaching into the sky over Llangennech. A local councillor has said a major incident has been declared as a result of the fire. Police have cordoned off roads, and advised people to avoid the area.

The huge fire was reported just after 11:20pm on Wednesday.

Dyfed-Powys Police have said emergency services are tackling the blaze at Llangennech, near Llanelli

According to the police, three carriages of the large diesel train caught alight.

The cause of the fire is not yet known. 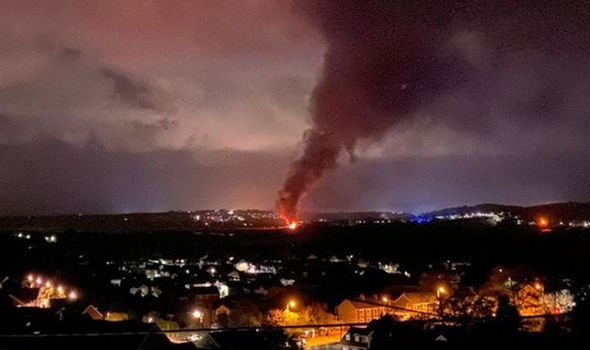 Dyfed-Powys Police Superintendent Ross Evans said: “This is a fast-moving situation, which has been declared a major incident.


“There are a significant number of emergency services personnel at the scene, and an evacuation zone has been put in place.


“Officers are in contact with people within that area asking them to leave their homes, and we urge people to comply with officers’ requests to ensure a swift and efficient evacuation.


“We are working closely with our colleagues at British Transport Police, Mid and West Wales Fire and Rescue Service, Carmarthenshire Council, and Natural Resources Wales to bring the incident to a safe conclusion.” 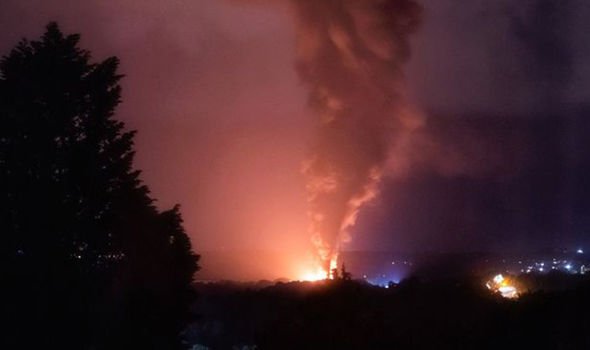 Mr Evans added updates will come as the situation progresses.


He wrote on Facebook a “major incident” had been declared.


At 5:27am, residents were told they could return to their homes


Mr Jones added: “Fire is under control, but there are still road closures so get travel updates before setting out.”

As a result of the blaze, an 800 metre evacuation zone was put in place.


Nearby residents were told to convene at Bryn School and Llangennech Community Centre. 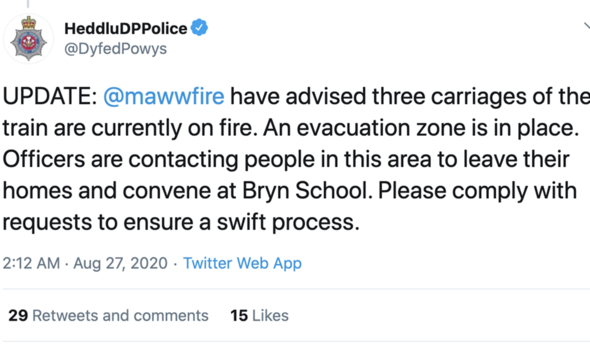 Reaction came in on social media, with many sending their best wishes to the firefighters and residents.


One Twitter user said: “Well I hope everyone down at Llangennech is ok. Not a nice thing to see.”


Another added: “It looks like a train on fire.


“Definitely fuel burning earlier – could smell it from well over a mile away.”