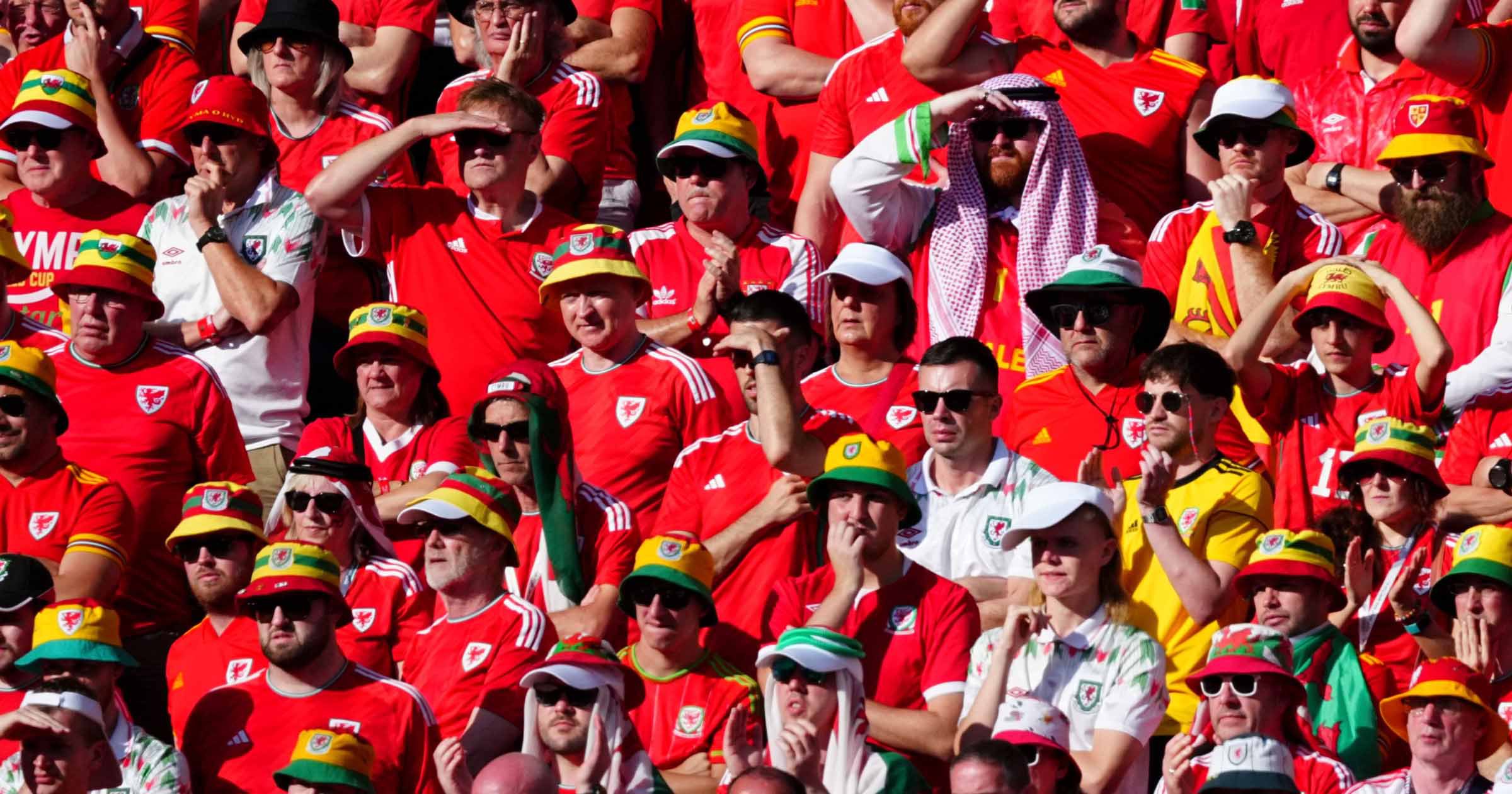 A Wales fan who travelled to Qatar for the World Cup has died.

The male supporter was attending the tournament with his son when he lost his life, according to a supporters’ group.

He has been identified as Kevin Davies by the Welsh football association.

The Wales Football Supporters’ Association’s fan embassy wrote on Twitter: ‘Unfortunately we have lost one of the Red Wall yesterday in Qatar, our sincere condolences go out to his son here in Doha and his family back in Wales.

An FA Wales spokesperson said: ‘Our deepest condolences from everyone at the Football Association of Wales.

‘Our thoughts are with Kevin’s family and friends at this sad time.

‘The FAW is in contact with Kevin’s family to help in whatever way we can.’

One supporter paying tribute on social media wrote: ‘A great man who did so much for his area.

‘A true gentleman. Will be mourned and missed.’

Officials believe more than 2,500 Wales supporters have made the trip to Qatar for the tournament.

The Welsh side were beaten 2-0 by Iran in a crucial group stage game on Friday.

Two second half goals left the team facing elimination from the tournament and needing a win against England next week.

Wales are featuring in their first World Cup since 1958.