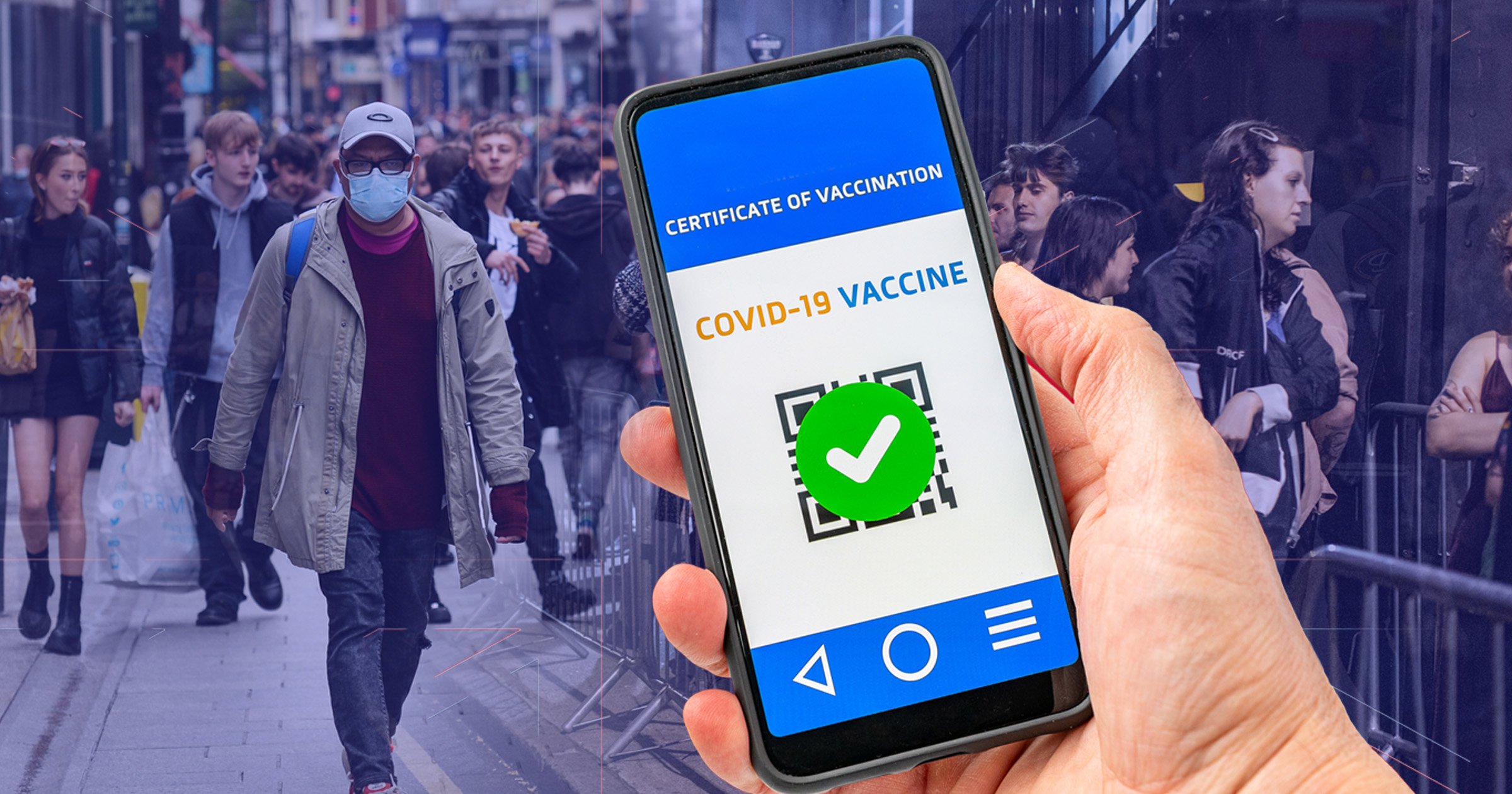 From October 11, anyone wanting to attend an enclosed indoor venue or bigger events like a concert will need to show proof they have been jabbed.

Similar rules will come into force in Scotland on October 1 in a bid to reduce Covid-19 transmission over the winter.

Earlier this week, the UK government announced it was retaining the option of introducing the policy in England but only if cases rise further.

The Welsh government will use the same thresholds as set out in the Covid winter plan for England should Boris Johnson decide to implement the policy after all.

First minister Mark Drakeford said he hoped vaccine passes ‘will keep venues and events…open’ as the country heads into autumn and promised to ‘work closely with all businesses affected to ensure a smooth introduction’.

He added: ‘The last thing we want is further lockdowns and for businesses to have to close their doors once again.

‘That’s why we must take small but meaningful action now to control the spread of the virus and reduce the need for tougher measures later.’

The pass will also allow people to show they have had a negative lateral flow test result within the last 48 hours.

Mr Drakeford is taking a firmer line than his counterparts in Westminster, encouraging everyone to work from home whenever possible, something the UK government has declined to do unless the situation worsens.

Awareness and enforcement of other key Covid-19 protection measures, including face coverings in indoor public places and on public transport, will also be increased in Wales.

An industry body representing the night time economy heavily criticised the policy ahead of its confirmation.

The Welsh Night Time Industries Association claimed it would would results in a ‘30% drop in trade’ and result in ‘ticket sales flatlining for events and workforce displacing to other industries with less stringent restrictions’.

Analysis released this week revealed 23% of adults under 40 in Wales remain unvaccinated, with similar rates across the UK.

A final decision on vaccine passports has not been reached in Northern Ireland but Irish passport holders living in the country will have access to the European Union’s digital pass scheme to allow uniformity across the border.