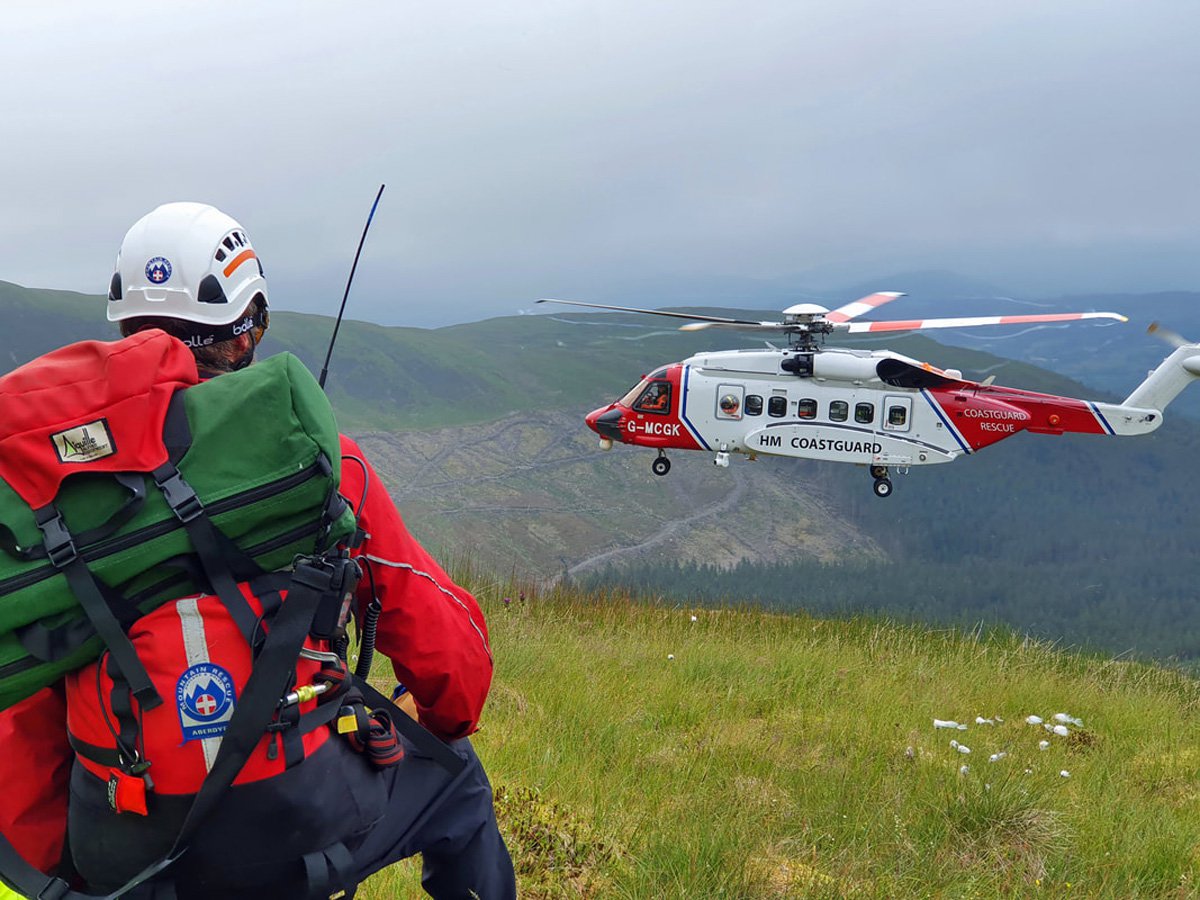 A man has died after collapsing while climbing a mountain peak in Snowdonia.

Rescue teams raced to the scene at Aran Benllyn in Gwynedd around 10am on Saturday morning.

A Coastguard helicopter found it difficult to reach the site due to poor weather conditions.

A paramedic was forced to rush up on foot after being dropped below the cloud-base.

They desperately tried to resuscitate the walker but he was pronounced dead at the scene.

The man was a member of a well-equipped and experienced mountaineering club group, Aberdyfi Search and Rescue Team said.

A spokesman told Wales Online: ‘Due to the remote location and potential severity of the incident, the assistance of Coastguard helicopter Rescue936 was requested, and although being first in the area, the helicopter was unable to reach the casualty site due to low cloud cover.

‘As Rescue Team members started arriving at the foot of the hill, the winchman-paramedic was dropped below the cloud-base to make his way to the casualty on foot.

A stretcher and further medical supplies were then flown up to the scene, the team said.

The statement continued: ‘Despite immediate, prolonged and high-quality CPR performed by group members, and further interventions once the paramedic was on scene, the man remained unresponsive throughout and was declared deceased at the scene.’