Those ice skating in various European places this weekend might have done well to listen to Yoko Ono: “Walking on thin ice, I’m paying the price.”

Hundreds of people danced, skated, played hockey or strolled on frozen lakes and canals in Europe over the weekend, but the ice was not always thick enough to keep everyone on their feet.

In Amsterdam, a skater wearing only a swimming suit on a frozen canal got his few seconds of fame — captured in a video seen nearly seven million times as of Tuesday — when he fell through the ice and had to be rescued by a more careful skater, who also wore more clothes.

In Berlin, police officers flew over frozen lakes in helicopters and ordered walkers and skaters to leave. In Northern England, the Lancashire Wildlife Trust urged people to keep away from frozen lakes, where rescuing resources were limited.

Temperatures in Europe fell last week to levels that had not been seen in years, prompting many to flout lockdown restrictions and social distancing measures to play in the snow or on the ice. In London, parts of the River Thames froze, and people skied on the streets of Edinburgh and Paris.

In Athens, unusual snowfalls have halted Covid-19 vaccinations, and the authorities asked members of the public to go outside only for essential activities. In Germany, a homeless aid group, BAG W, said last week that five people had died in the cold in a week.

In the Netherlands, where skating on natural ice is a treat that happens every few years and amounts to something of a national passion, people flocked to ice clubs, according to the broadcaster NOS, turning to skating as a happy distraction from a nationwide lockdown and curfew. 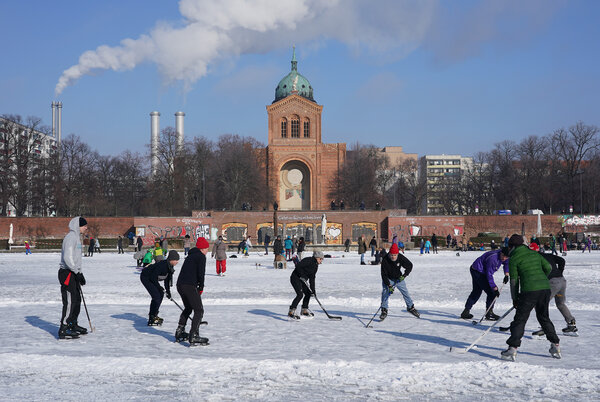 That led in some cases to incongruous, even worrying scenes.

In Amsterdam, the swimsuit-clad man was not the only one who misjudged the ice: Onlookers helped a group of skaters with ropes and hockey sticks after they fell in icy waters of a canal, according to video posted on social media.

In Berlin, a father and his 1-year-old child were taken to a hospital after they fell in a lake, according to the Berlin police. “OFF THE ICE,” it wrote on Twitter. (A thaw began in most European cities this wee 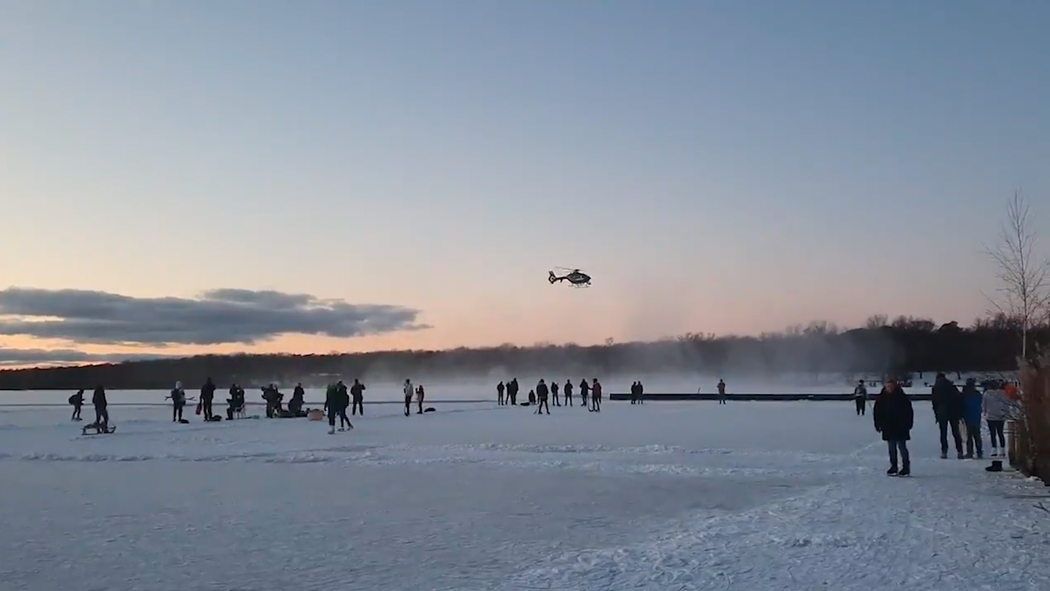 The Canadian Red Cross recommended walking or skating only on ice that at least 15 centimeters, or nearly 6 inches, thick — and even thicker for parties or games.

Those who fell in cities were quickly rescued, but the authorities in remote spots urged people to behave responsibly.

“Our reserves, by their nature, are remote places,” said Alan Wright, the campaign manager for the Lancashire Wildlife Trust. “If anyone gets into difficulties, there will only be a few, if any, people around to help.”