The “major incident” began at approximately 7.40am and the plumes of smoke can be seen for miles around. The video of the fire was uploaded to Twitter by Adam French, along with the caption: “Brave folks from @LondonFire are tackling a huge blaze at the Walthamstow mall this morning. Stay safe all.” Dozens of firefighters and 15 fire engines of the London Fire Brigade were sent to east London this morning after the fire broke out. In a statement, London Fire Brigade said: “Fifteen fire engines and around 100 firefighters have been called to a fire at The Mall shopping centre on Selborne Walk in Walthamstow.

“The Brigade was called at 0740am. Fire crews from Walthamstow, Leyton, Tottenham, Leytonstone, Homerton and surrounding fire stations are at the scene.

“The cause of the fire is not known at this stage.”

Waltham Forest Council spoke on Twitter of a “serious fire”, adding: “There is a serious fire currently being tackled in central #walthamstow roads are closed in the area”.

And local police warned residents and commuters to “avoid the area”. 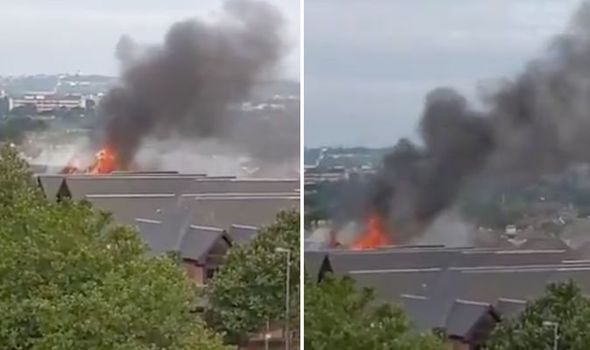 “Road closures are in place. Please avoid the area and The Mall E17.”

Selborne Road, where the shopping centre is, is blocked in both directions between Vernon Road and A112 Hoe Street.

Eight bus routes are on diversion.

Dramatic pictures from the scene show the roof of the building on fire and a large plume of black smoke rising from the building which can be seen from miles away.

An eyewitness spoke in horror about the fire.

He told the Mirror Online: “It’s absolutely terrible to see. All the roof of the Mall is on fire, it’s going to get bigger and bigger.”

It is yet not known whether the building was empty at the time the fire broke out.

Labour MP Stella Creasy, who represents Walthamstow, also urged local residents to be cautious and stay away from the area, saying: “Walthamstow it appears there is a serious fire incident at the mall this morning – please keep back from area and let’s help the fire brigade do their job. 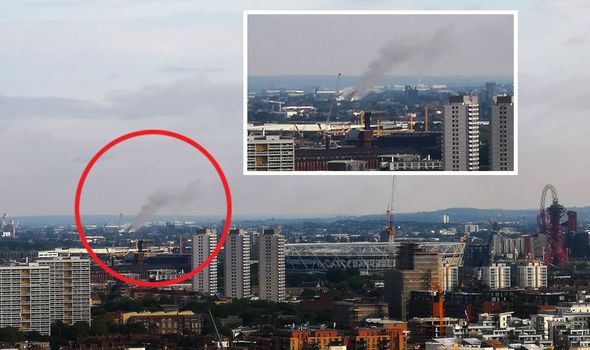 “Will provide updates as soon as I have more info!”

Commuters who spot the fire during their journey and residents have taken to Twitter to express their concern.

One wrote: “Very sad to see #Walthamstow Mall on fire. Hope the firefighters can get it under control.”

Another said: “That fire at the shopping centre in Walthamstow looks like a nasty one…”