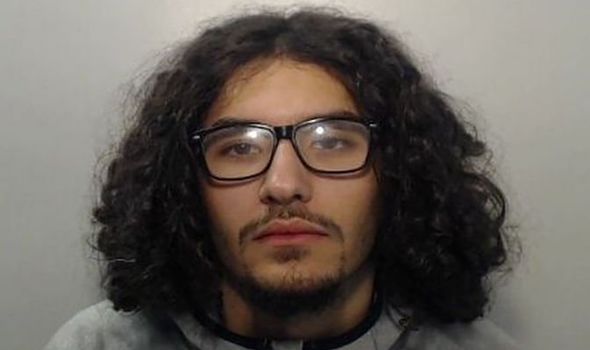 Kie Connor, 19, was snagged after officers searched his sister Aimee Patterson’s iPhone and found internet history for “how to remove fingerprints” and websites about firearms. Connor pointed to a handgun and filmed ammunition in videos later shared on social media, and had a “gun cleaning kit” in his garden shed.

Police searched the address the teen shared with Patterson, 25, and also found cannabis and codeine, a shotgun concealed in the garden, and a bum bag containing a Grand Power self-loading pistol and ammunition.

Connor was later involved in a high-speed police pursuit, in which he was driving a stolen BMW on false registration plates.

After he was forced to come to a stop, he ran and discarded a machete, reports Manchester Evening News.

Patterson was handed a community order after pleading guilty to possession of a shotgun.

Manchester Crown Court heard officers executed a search warrant on the property, where they recovered the shocking items.

“A mixed DNA profile was found on the items, part of which was connected to the defendant.”

And the net closed in further on Connor when the search history “how to remove fingerprints” was found on Patterson’s phone.

“She was asked about that and immediately started sobbing and pointed outside saying: ‘It’s outside,'” the prosecutor added.

A search of the garden of the property in Eccles, Greater Manchester, revealed a .410 double barrel shotgun.

In one audio message found on Connor’s phone, a voice can be heard saying: “Send us [the] video that thing again”, and a video of the gun, including the barrel and ammunition, was filmed.”

The teenager was “showing off to friends and playing at being a gangster,” the court heard.

Sentencing, Recorder Lasker said: “Mr Connor, I have seen the photo of you in the balaclava holding the machete, and the various messages about paying for a firearm.

“There is a concern that you are closely connected with crime groups involved in drug supply and the associated criminal use of firearms.

“Ms Patterson, you will understand the concern of the public and the courts of anyone involved in the possession of firearms such as this.”

He was playing a part, which was stupid and immature, trying to look like those who are more criminally involved and sophisticated than himself.

“It was very immature, stupid and foolish part to play but that is what he was doing. The reason he had the firearms was he felt he had no choice because of the debts he had in relation to drugs.”

Defending Patterson, lawyer Michael Johnson said: “She is 25, she is described in her psychiatric report as vulnerable.

“A shotgun was found in her garden at her house, it was not hers and had been put there by others. There are issues with her mental health.”