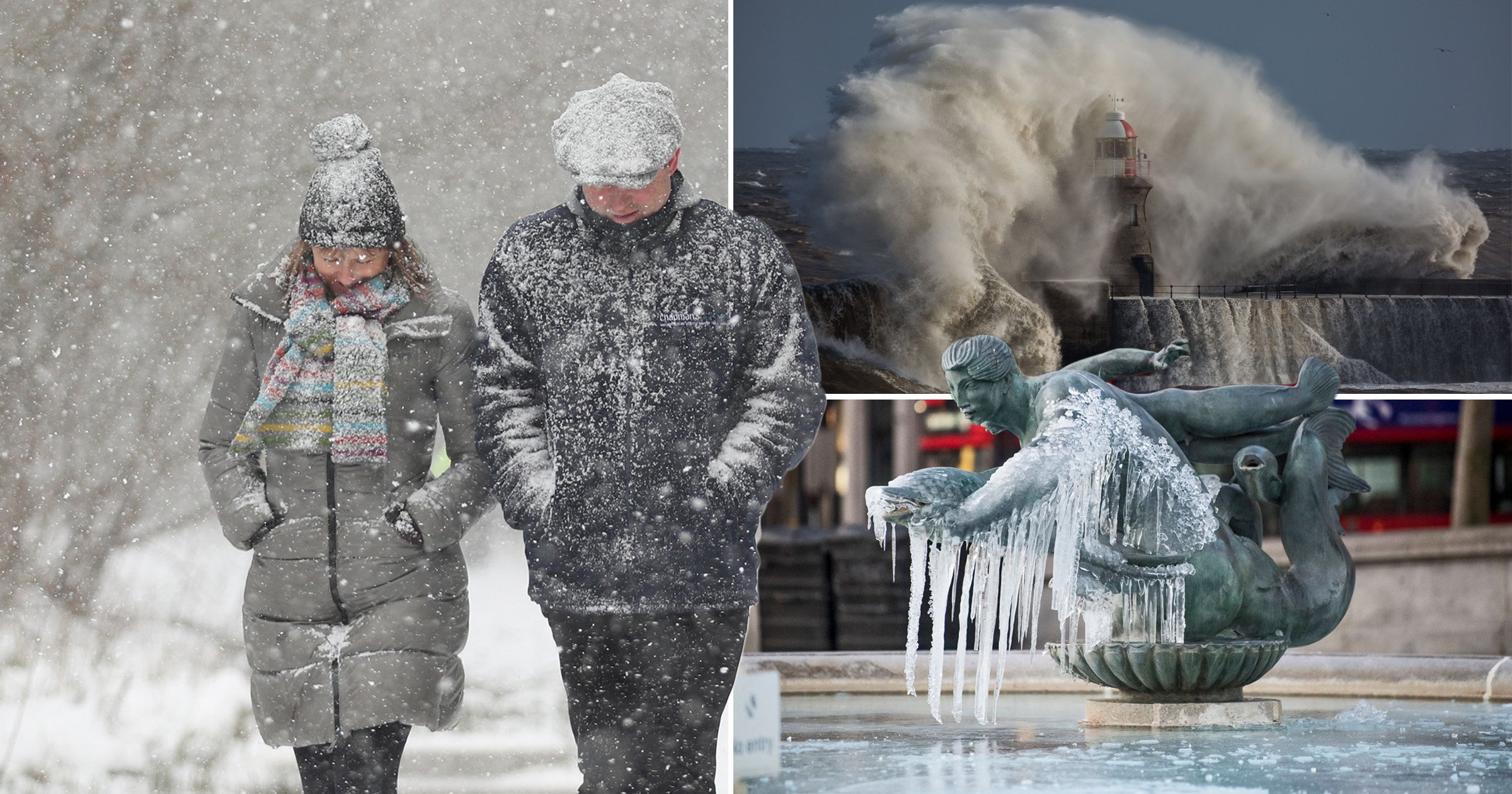 The gloriously warm weather for this time of year is unfortunately set to be short-lived – with temperatures plummeting later this week.

It comes after hundreds of people hit beaches and parks over the weekend to bask in the unusual February sunshine as temperatures hit double figures, despite current coronavirus lockdown rules urging people to ‘stay at home’.

But the sunny spell isn’t going to last long, with the sunshine disappearing and temperatures dropping to nearly zero in London by the weekend.

The Met Office said the weather this week should remain dry and bright until Wednesday, but colder spells will come in from then.

The cold spell is likely to continue on through to the middle of March, with Atlantic frontal systems introducing colder and wetter weather than usual for the time of year.

Temperatures are not predicted to rise back into the double digits again until later on in the month – from March 23.

‘Temperatures are likely to remain around average for the time of year, however a short colder spell is likely to occur at the end of next week for a time,’ a spokesperson added.

The warmer weather could come just before lockdown restrictions are set to ease, with the ‘rule of six’ being introduced outside again and the ‘stay at home’ message scrapped if infection numbers are considered low enough by the Government.

But experts predicted last week a ‘white Easter’ could be on its way to Britain.

Long-range forecasts suggest a 270-mile ‘snow bomb’ is on course to hit parts of the UK at the end of March.

WX Charts predicts a band of snow, stretching from Norfolk to Dorset, could reach some places.

This includes Birmingham, parts of the West Midlands, parts of Wales, Gloucestershire, parts of Somerset, Bristol and Dorset.

The Met Office said ‘a white Easter is more likely than a white Christmas’ – but warned long-range forecasts aren’t always accurate and it won’t be clear until closer to the time.