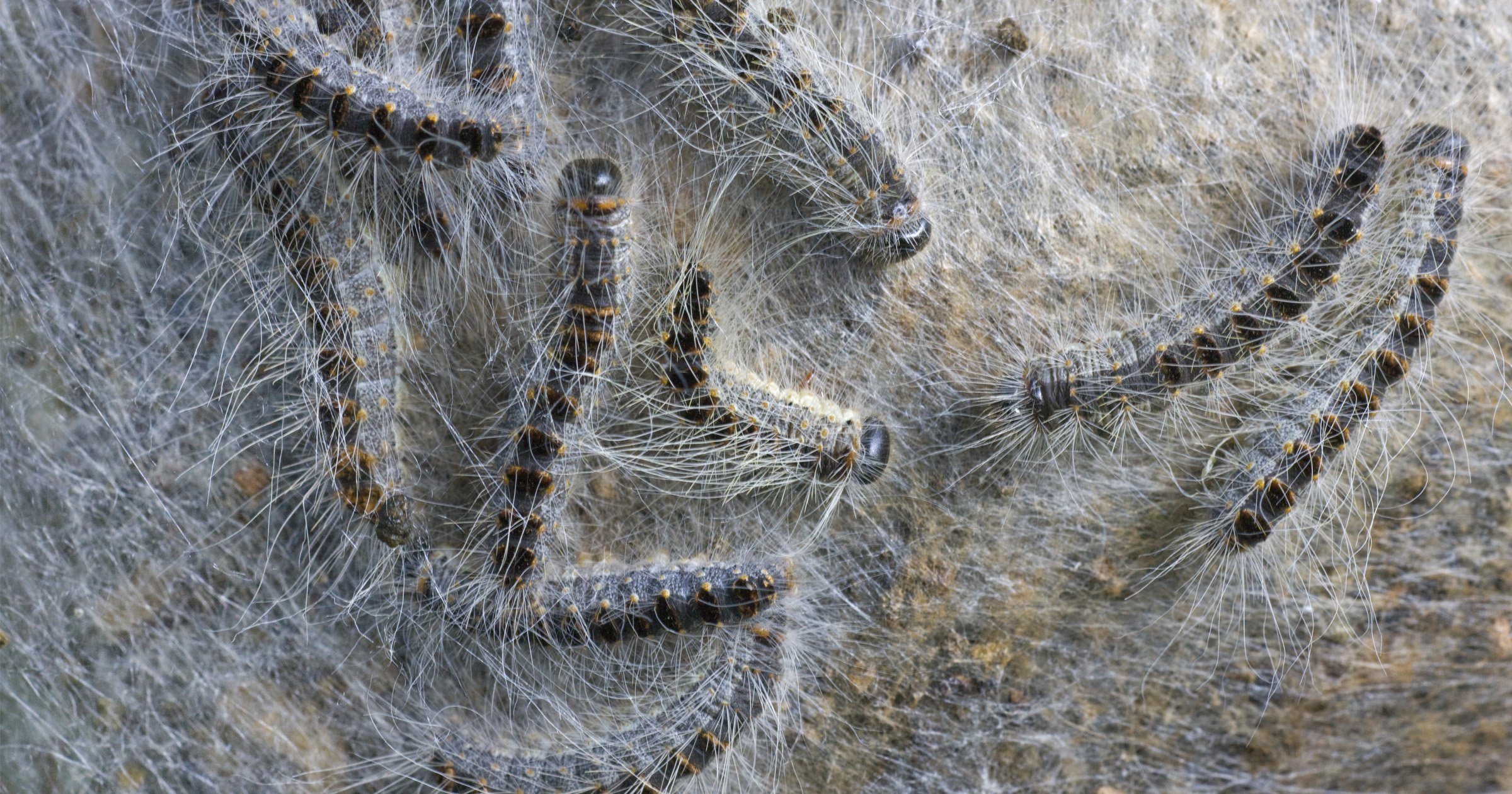 Londoners have been warned to look out for nests of toxic caterpillars which can cause itchy rashes, breathing difficulties and vomiting.

The larval form of the Oak Processionary Moth, a foreign species introduced to the UK by accident, are usually found on oak trees and are recognisable by their long white hairs.

The caterpillars travel in nose-to-tail processions and create ’rounded and sometimes hammock-like’ nests which look like a ‘greyish bundle of cotton’.

They develop tiny hairs containing a stinging toxin which are shed when the insect is threatened and can be carried by the wind.

As well as posing a danger to children, pets and anyone with asthma, the caterpillars can decimate trees by stripping them of their leaves, leaving them vulnerable to other pests, diseases and drought.

Hounslow Council have been removing nests in parts of the borough and plans to step up efforts as nesting intensifies in July.

The Forestry Commission says people should also ‘avoid or minimise time spent under or downwind of infested oak trees, especially on windy days in summer’.

The species, native to southern Europe, was first discovered in Britain in west London in 2006.

It is believed to have been carried over the Channel on oak trees imported for a development site in Richmond.

Oak processionaries have now spread to all 33 London boroughs and are advancing into surrounding regions, with Elmbridge Borough Council in Surrey warning that the moth is ‘spreading rapidly in the South East’.

The government has spent tens of millions of pounds trying to control the pest, which triggered changes to the law on how trees can be imported.

The greatest risk to the public is from May to July when the eggs hatch into caterpillars which feed before turning into adult moths.

Cllr Samia Chaudhary of Hounslow Council said: ‘I know many of you will be enjoying spending time in the borough’s beautiful parks and other green spaces with oak trees over the summer, but I urge you not to approach these caterpillars or their nests if you spot them and to prevent children from doing the same.

‘It’s also advisable to minimise spending time under or in the downwind of any infested oak tree, especially on windy days during the summer.

‘It’s important that residents should not attempt to remove the nests themselves.’