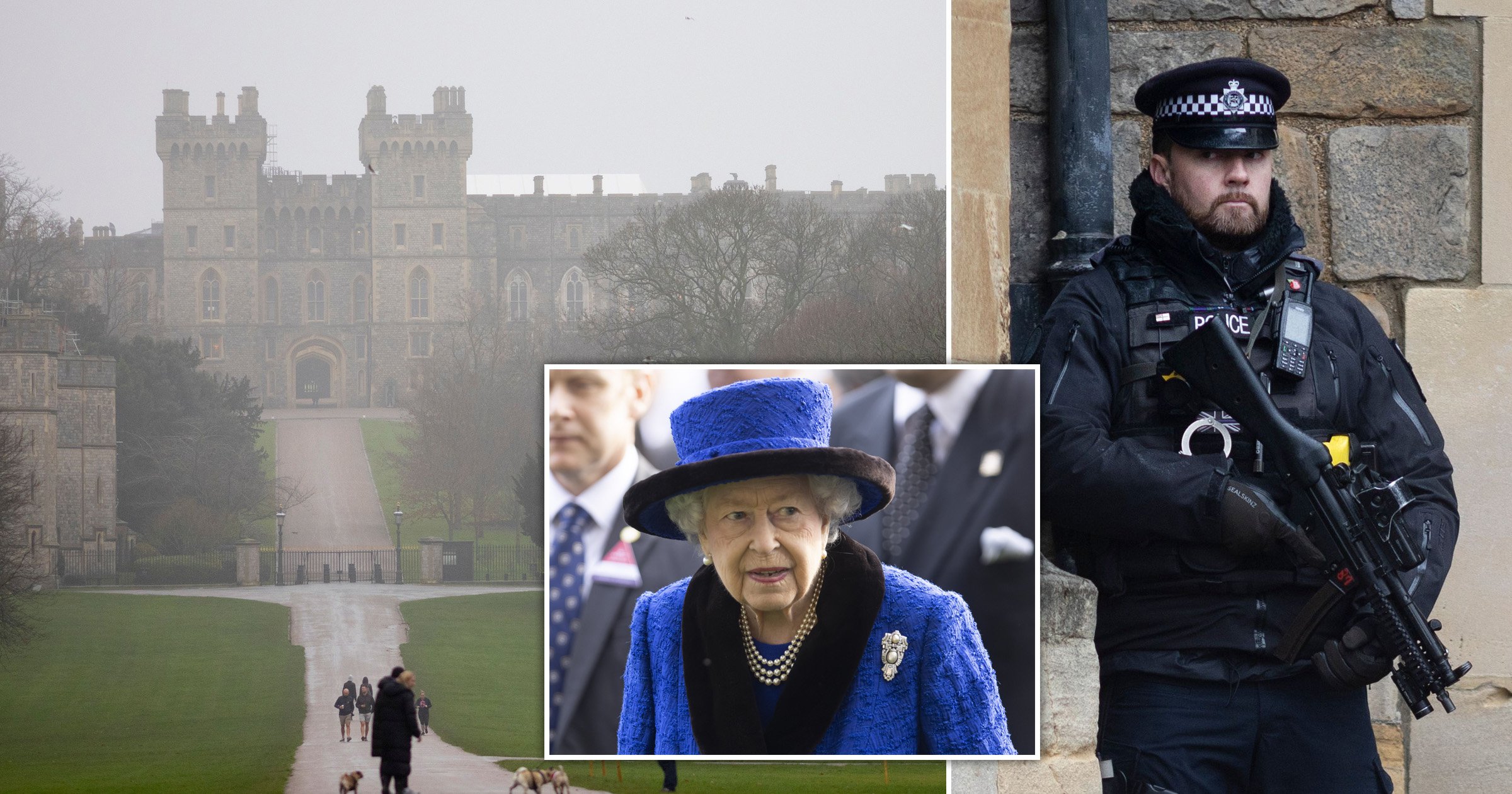 The Queen’s safety is ‘clearly under threat’ after an intruder broke into the grounds of Windsor Castle on Christmas Day, Princess Diana’s former bodyguard has claimed.

Police were scrambled to the scene around 8.30am after the suspect, allegedly armed with a crossbow, is said to have used a rope ladder to scale a metal fence.

But the incident has left a ‘chill in the air over what could have been,’ a royal source said.

Now the Princess of Wales’ ex-bodyguard, Ken Wharfe, has called for a full security review.

‘The Queen’s safety is clearly under threat’, he told the Daily Mirror.

‘It’s often been thought that Windsor is particularly at risk to intruders due to the make-up of the estate and the severity of this event should really cause alarm bells to start ringing.’

Mr Wharfe suggested security should be ‘beefed up’ to avoid a ‘tragic scenario’.

Meanwhile the former head of the royal protection unit, Dai Davies, told the Mirror that Windsor is ‘having an issue with intruders.’

He warned staff ‘need to get to the bottom of it before something more sinister comes to pass’.

The warnings come as the Metropolitan Police revealed it is investigating a video appearing to show a masked man with a crossbow allegedly telling viewers of a plan to ‘assassinate the Queen’ in an apparent ‘revenge’ mission.

The suspect was arrested on breach or trespass of a protected site and possession of an offensive weapon.

He has been sectioned under the Mental Health Act and is currently in the care of mental health professionals.

A spokesperson from Scotland Yard said: ‘Security processes were triggered within moments of the man entering the grounds and he did not enter any buildings.

‘Following a search of the man, a crossbow was recovered.

They added: ‘Inquiries into the full circumstances of this incident are being progressed by Metropolitan Police specialist operations.’

The Met would not comment on who appeared in the video, obtained by The Sun.

However, a spokesperson said in a statement: “Following the man’s arrest, detectives are assessing the contents of a video.”

The Queen downsized her festive plans and decided to spend Christmas Day at Windsor instead of hosting a traditional Royal family dinner at her Sandringham estate in Norfolk.

The 95-year-old monarch was due to be joined by eldest son Charles and wife Camilla, together with her youngest son, Edward, wife Sophie, and their children Louise and James.

It was Her Majesty’s first Christmas without husband, the Duke of Edinburgh, who died in April this year.

Thames Valley Police arrested two people in May after reports of trespassers in the grounds of Royal Lodge, the official residence of Prince Andrew, at Windsor Great Park in April 25.

Days earlier officers were called to the Duke of York’s home on April 19, after a 43-year-old woman is said to have talked her way into the property.