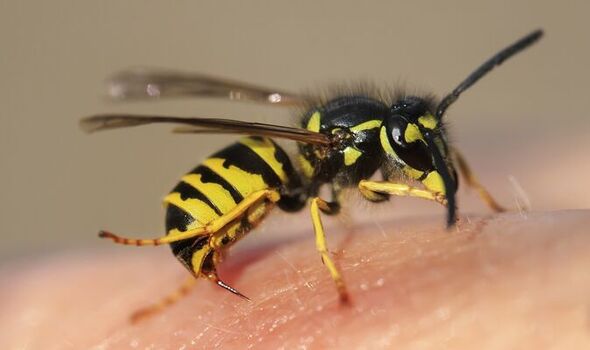 An Army veteran who helped train thousands of soldiers was killed by a wasp sting at his barracks, an inquest heard. Steve Jones, 63, suffered an allergic reaction while working in the Infantry Battle School in mid-Wales.

The inquest heard Mr Jones – who had worked at the Army training division for 34 years – suffered “a severe anaphylactic reaction to being stung” and died the next day in hospital.

The former serviceman had no previous known allergy to the insects.

The inquest heard he was working at the Infantry Battle School, based at the Dering Lines Army base in Brecon, on May 27 this year when he collapsed.

Mr Jones, of Brecon, worked in the quartermaster stores at the barracks helping to equip the troops.

A coroner’s officer told the inquest in Pontypridd: “Mr Jones was stung by a wasp or wasps while at work and developed a severe anaphylactic reaction. Despite prompt treatment, he did not survive.”

In a tribute on social media the school said: “Sadly, we tragically lost a colleague who had worked in the QM stores with us for more than 34 years. Steve Jones is sorely missed, but fondly remembered.”

The school was established at Brecon in 1939 at the start of the Second World War.

It describes itself as “delivering competent and confident commanders for the Field Army by running command and leadership training, infantry tactics training, weapons training, and live firing range qualifications”.