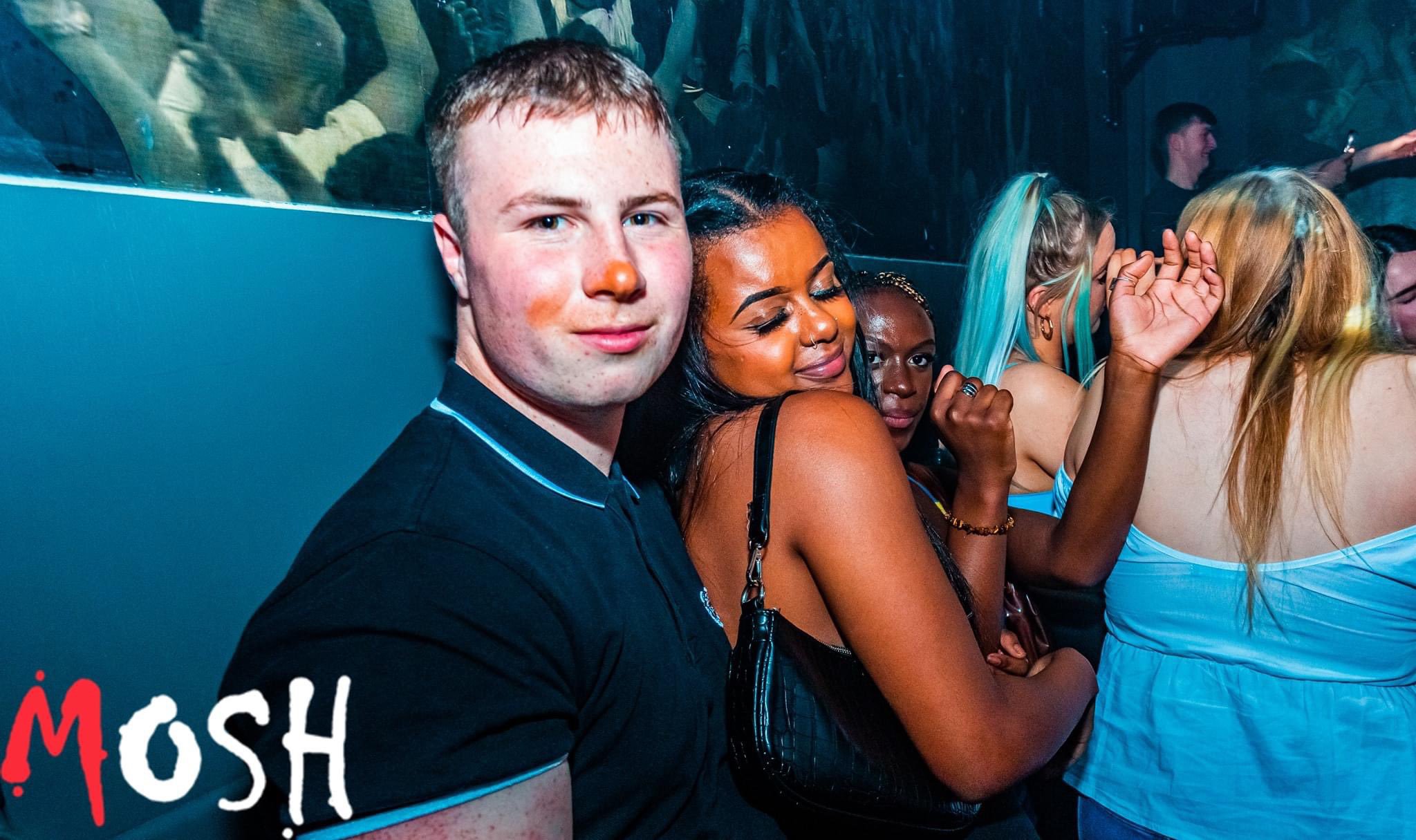 Everyone loves having a nose through photos from a big night out – especially when it’s another person who was caught red-faced.

One lad’s embarrassing moment has now provided the internet with comedy gold.

A hilarious snap from Leicester nightclub Mosh of a young man and woman posing together has people in hysterics.

Standing side on to the camera, he seems blissfully unaware of the makeup of hers which has found its way onto his nose and cheeks.

Another said the lad looked like he’d ‘had a bag of Wotsits’, while a third wrote: ‘Spaghetti bolognese all round his chops.’

Others said the photo made them long for another night out at the venue after Covid-19.

The picture was shared in viral posts last week but it’s unclear when it was taken.

Mosh appears to be a hotspot for funny photos. A second incredible pic, which the club itself tweeted in June 2017, also resurfaced online.

It showed two fresh faced lads, one of whom has his arm around the other – as he pours his alcopop all over the floor.

The camera captured the flow of orange liquid perfectly and neither man seemed to spot what was happening.

The posts gave former Mosh-goers a chance to reminisce about their time at the club.

One person said: ‘An unrivalled experience. Went every weekend for a year and it took a decade off my life.’