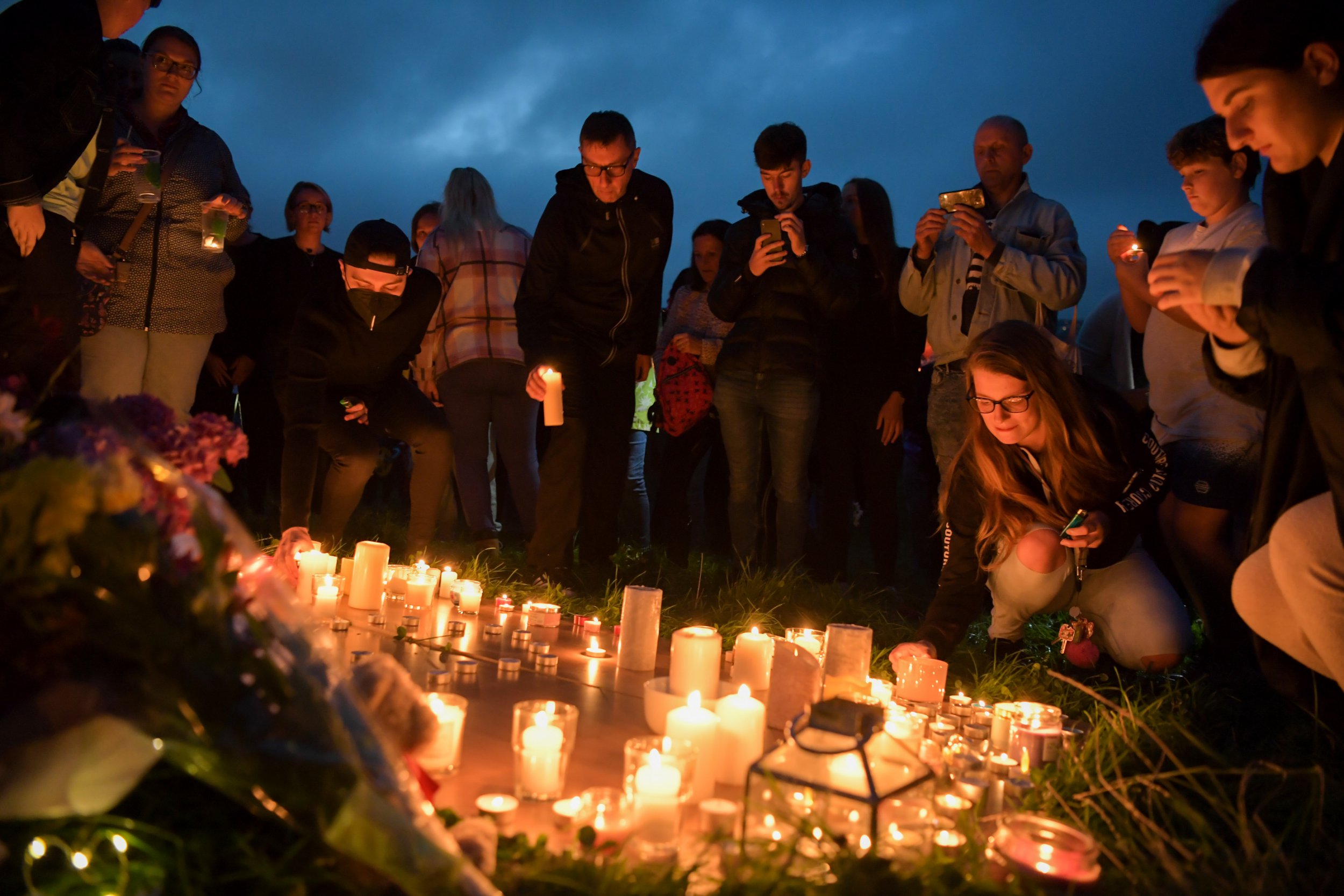 It’s been yet another difficult week for women watching the news.

On Friday, a man known to be associated with the incel movement shot and killed five people before turning the gun on himself.

Over the past few days, the Taliban have taken control of Afghanistan, in a move that has left the world deeply concerned for the future of Afghan women. A regime that has previously cut off the tips of women’s fingers if they wore nail varnish, banned females from education and prohibited the public display of images of women.

There was outrage across the globe as the world watched the collapse of the Afghan government. Female journalists gave interviews from secret locations, fearing for their safety and their future. Women’s rights activists around the world were united in sharing their support, grief and hope with Afghan women and all those affected by the Taliban takeover.

But while reading online messages of support, one tweet in particular stood out to me. A post by broadcaster and journalist Julia Hartley-Brewer who wrote: ‘18 million women and girls in Afghanistan will be banned from showing their faces, treated only as servants to men, baby makers or sex slaves under the Taliban. So where’s the outcry from the #MeToo women? Did you use up all your anger over the tampon tax and wolf whistling? [eye roll emoji]’

Julia must have had her eyes shut to have missed the uproar from a myriad of activists, survivors and compassionate women who have lent their support to both the #MeToo movement and the plight of Afghan women.

As one Twitter user suggested, it could have been because ‘most of us have blocked you so we can’t see you and you can’t see it’.

In her one tweet, Hartley-Brewer exemplifies a method of oppression that is often employed to uphold misogynistic and patriarchal principles: to devalue a woman’s fight for justice and equality by comparing it to someone else’s.

​​But Julia is far from alone in sharing this point of view. Society often bolsters the idea that women should only share anger and outrage over a certain type and certain level of misogyny, while other women seem to support patriarchal views by being divisive instead of honouring each other’s experiences as valid.

Surely we should be aiming for a zero-tolerance approach to sexism and misogyny?

How many times do we hear from women who have hesitated to report an assault because they didn’t think what happened to them was ‘as bad’ as what other women have endured?

If we focus on a ‘hierarchy’ of female victims, instead of the perpetrator status of men and the misogynistic bias of patriarchy, then we overlook the ideology at the heart of all its forms: that women do not deserve equal respect, rights and opportunities as men.

As much as we must condemn sexism within other cultures, we cannot do so without also taking a look in our own mirror of misogyny.

Have we forgotten that as recently as the 1970s, women in the UK were not allowed to apply for a mortgage without the signature of a male? That only this year was a mother allowed to add her name to a marriage certificate, regardless of the presence of a father? That we still have schools which educate boys and girls separately in the supposed name of ‘better grades’ from ‘reduced distraction’? That just 1.6% of rape cases in the UK result in charges?

As comforting as it might be to tell yourself that groups encouraging violence against women are confined to distant lands, you would be wrong. The ‘involuntary celibate’ or incel movement has firmly found its place upon our shores, and you would be a fool to believe the horrific incident in Plymouth is a one-off.

Thousands of men and boys – some as young as 13 – are being exposed to their ideologies online.

The attitude of incels towards women mirrors that of the Taliban: that women are inferior beings whose purpose is to serve a man.

All misogyny is misogyny, no matter the perpetrator, or country of origin. We must recognise and address it in all its ugly forms.

Equality is not quantitative: you’re either equal, or you’re not. Every battle against sexism is a worthy one and we must continue the fight both at home and abroad.