During an upbeat Cabinet meeting, Boris Johnson said an interim review of data showed cases were climbing but hospitalisations and deaths had seen much shallower growth. Now officials are increasingly confident that the final stage of easing restrictions will go ahead on the planned Freedom Day of July 19. The Prime Minister’s spokesman said: “Cabinet agreed that once we have completed the roadmap we will be able to live with Covid-19 in the future, even if cases continue to rise, thanks to the protection provided by the vaccines.”

Health Secretary Sajid Javid also announced that more than 84 percent of adults have had a first dose, while 61 percent are double-jabbed.

There were 20,479 new Covid-19 cases confirmed across the UK yesterday, up 76 percent compared with the previous Tuesday. Some 23 deaths linked to the virus were reported, down from 27 a week earlier.

In England, the number of coronavirus patients in hospitals has almost doubled since late May and stood at 1,445 yesterday. However, this was still 96 percent lower than the peak of more than 34,000 on wards in January during the second wave.

The number of deaths linked to coronavirus was 102, up 23 percent from 83 during the previous week.

Of the 102, 74 recorded Covid-19 as the underlying cause of death (rather than a contributing factor), up 12 percent on the week before.

Kevin McConway, emeritus professor of applied statistics at The Open University, said there was nothing particularly concerning in the data. 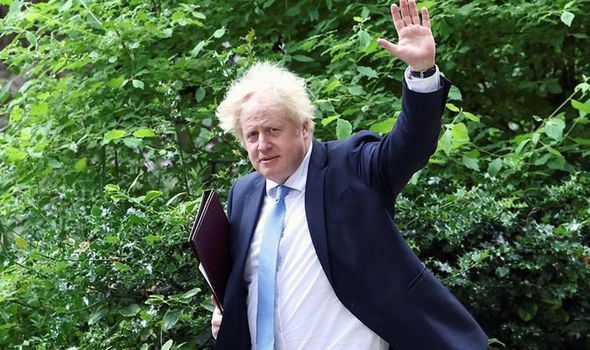 He said: “It’s not surprising that the number of deaths involving Covid-19 has increased, given that all measures of new cases and infections have been rising quite markedly in England and Wales since early to mid-May.

“Unfortunately, despite the success of vaccinations, if infections and cases go up, there will be some increase in deaths.”

He added: “Vaccinations will mean that the rise in deaths after a rise in infections won’t be as great as it was.

“Of course, we’ll have to continue to keep a sharp eye on numbers of deaths but, so far at least, vaccination does appear to be keeping increases in deaths in check, together with improvements in treatment.”

In Wales, the number of deaths linked to Covid dropped to zero for a full week for the first time since the pandemic began. None of the 573 fatalities registered there in the seven days to June 18 mentioned the virus on the death certificate.

She revealed: “We have seen what appears to be a slowing down of the rate of increase.”

But she stressed it was “early days” and the trend would be monitored.