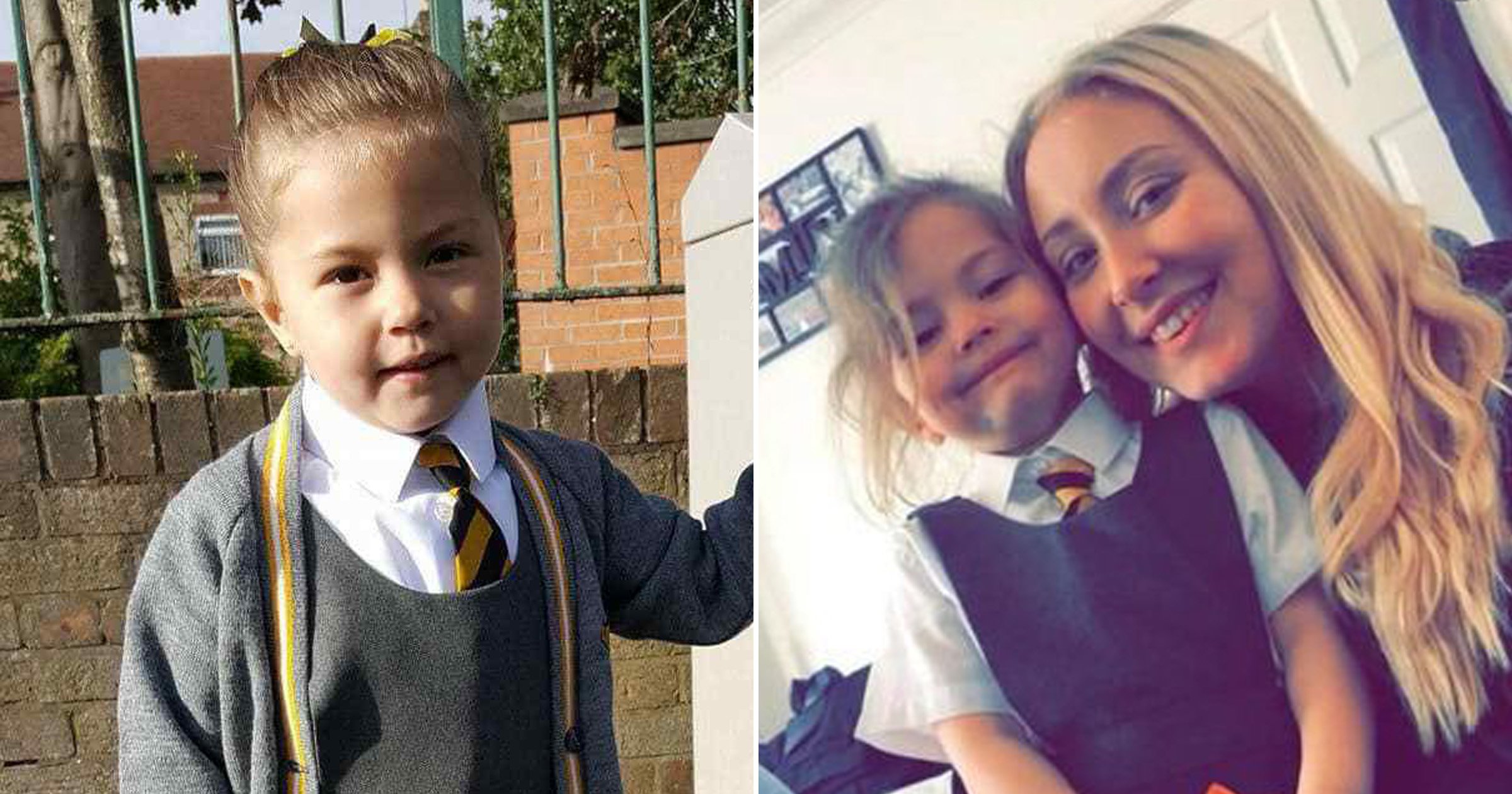 The family of the ‘beautiful’ nine-year-old girl shot dead by a stranger has paid tribute to their ‘baby girl’ and said they will get justice.

Cousin Rebecca Louise described Olivia Pratt-Korbel as ‘full of life, full of sass’ as she apologised ‘for the cruel world we live in and the monsters in it’.

Rebecca paid the heartfelt tribute to ‘Our Liv’ as detectives continued to hunt the gunman who fired into her home in Dovecot, Liverpool.

Rebecca said: ‘I don’t think I or the family will ever find the words to describe the heartache we have all felt in the past 24 hours.

‘We haven’t just lost “Our Liv”, we’ve lost a daughter, a sister, a niece, a cousin and a granddaughter. Our little Liv who was full of life, full of sass and most definitely knew what she wanted in life.

‘You had so much potential and a full life to lead beautifully.

‘I can only apologise for the cruel world we live in and the monsters in it. My heart aches so much and I don’t think we will ever digest what’s happened.

‘We WILL find who did this and we WILL get justice for you baby girl. Lewis & I love you SO much it hurts. Forever 9 years young.’

A public outcry across Liverpool and the wider nation has followed the shooting which left Olivia fatally injured on Monday night.

The attacker was wearing a balaclava and firing shots while pursuing another man on the street outside when Olivia’s mum, Cheryl, 46, opened the door to see what the commotion was.

The man being chased then ran inside and the assailant tried to force his way in, opening fire as he did so.

Today, two different sources were said to have given the name of the gunman to detectives.

In a Facebook post headed ‘our crazy beautiful Olivia’, Rebecca conveyed the family’s belief that justice will be done.

She wrote: ‘We all as a family know we’re in everyone’s thoughts and we know we have not only the hearts of the city but the hearts of a nation behind us all.

‘Let’s put this into action and get these weapons off our streets.

‘No other family should EVER have to endure the pain we as a family and especially my aunty Cheryl have experienced.

‘No other child should have to lose their lives to these senseless crimes.

‘Forever and always in our hearts baby.’

The gunman had been chasing a 35-year-old man who had run into Olivia’s house, according to police. Cheryl attempted to stop the attacker getting in, prompting him to open fire as she tried to shut the door.

A bullet hit Cheryl in the wrist before hitting Olivia, who was standing directly behind her at the foot of the stairs, in the chest.

The family has no connection with either the gunman or his target, Merseyside Police said in a press conference yesterday.

In an appeal for information, officers urged criminals to turn in Olivia’s killer, saying her shooting ‘crosses every single boundary’.

As the investigation continues, tributes have been paid to the schoolgirl and bouquets of flowers placed near her home in Kingsheath Avenue.

The headteacher of Olivia’s school, St Margaret Mary’s Catholic Junior School, paid tribute to the ‘much-loved member of our school’.

Rebecca Wilkinson said: ‘Our school community is devastated at the sad loss of Olivia. We are in shock and disbelief at such tragic news.

‘Olivia was a much-loved member of our school. She had a beautiful smile, a lovely sense of humour, and a bubbly personality.

‘She was kind-hearted and would go out of her way to help others.

‘She loved to perform and recently participated in the school production of The Wizard Of Oz. Olivia will be missed greatly by staff and children at our school. Our thoughts and prayers are with her family and friends at this extremely sad time.’

Merseyside Police Chief Constable Serena Kennedy said: ‘We will not rest until those responsible are put behind bars.

‘I can guarantee that no stone will be left unturned.’

Chief Con Kennedy called on anybody with information to contact police so the culprit and anyone else involved can be brought to justice.

She said: ‘I want to take this opportunity again to appeal to anybody who knows who is responsible for this attack to please come forward and give us those names.

“We need to find all who are responsible for this – not just the gunman.

‘We need to find out who supplied the weapon and who arranged this terrible incident.’

Chief Superintendent Mark Kameen, who is leading the investigation, said: ‘There should be no sort of culture around not grassing, that cannot stand.

‘We can’t have these individuals on our streets.’