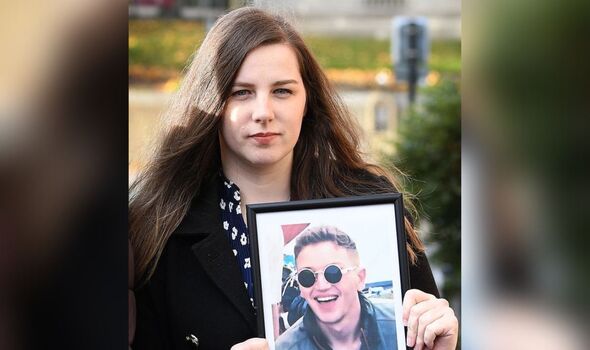 The heartbroken family of a teen who was stabbed to death has said that they will not stop until they have justice, after news that their son’s inquest verdict has been overturned in court today.

The family of Yousef Makki were told judges have quashed the ruling and that their campaign for a fresh inquest has succeeded.

Speaking outside Manchester’s Civil Justice Centre today after the appeal for a new inquest was granted, Yousef’s sister Jade Akoum told the Manchester Evening News: “We are very grateful to the judges for today recognising that the coroner’s conclusion was unlawful, and for the compassion and understanding that they showed us during the judicial review hearing. We were so pleased to have achieved an inquest, but the coroner marched us to the top of the hill only to march us down again.

“We now look forward to a new inquest before a different coroner which we hope and pray will establish clearly the facts about how Yousef died.

“The flawed inquest used up all of the funds we worked so hard to raise, so we must now ask the public again for the generous help in allowing us to be represented at the inquest, as the others involved inevitably will be.

“We cannot be put on an uneven footing again as we were at the criminal trial. We know that this is a lot to ask at a difficult time for everybody. But please know that we are forever grateful for those that have helped us this far and those that may do so in the future.

“We’d like to thank our supporters who have attended today and our legal team who have stood by us every step of the way and have helped us get to this point.

“But this is the beginning and not the end, and we will not stop until we have justice for Yousef, for us, for my mum but first and foremost for him, our own beloved king.”

Aged 17 years old, Yousef Makki was fatally stabbed through the heart by his friend, Joshua Molnar, also 17, in affluent Hale Barns, Greater Manchester, on March 2, 2019. Molnar, now 21, was handed a 16-month detention and training order after admitting possessing the knife which inflicted the fatal injury and lying to police at the scene.

The public schoolboy was cleared of murder and manslaughter at the same hearing in 2019, and since then Greater Manchester senior coroner Alison Mutch said the precise circumstances of the death “could not be ascertained”, and recorded a narrative conclusion.

His co-defendant at the 2019 trial, another MGS student, Adam Chowdhary, now 20, from Hale Barns, was acquitted of perverting the course of justice. He was given a four-month detention order after admitting possession of a flick knife – one of two he claimed he and Yousef had jointly ordered online during a break from lessons at MGS.

However, the Makki family have always maintained that Yousef was a “peacemaker” and said they were “disgusted” with the conclusion. The family continued with their campaign and successfully applied for a judicial review of the coroner’s findings, which took place at Manchester’s Civil Justice Centre in November last year before Mr Justice Fordham and Lady Justice Macur.

Representing Yousef’s family, Peter Weatherby KC told the hearing that Ms Mutch should have “strived to make a finding” that Yousef’s death was accidental or unlawful.

He said: “In essence, the coroner found insufficient evidence on the balance of probabilities that he was unlawfully killed… we say that there was a wealth of evidence.”

A fresh inquest will now take place before a different coroner, lawyers for the Makki family have confirmed.

Peter Weatherby KC and solicitor Matthew Stanbury also said in a statement: “The family have acted with incredible dignity throughout the legal processes since Yousef’s death. They are very pleased with the High Court’s decision, and although they recognise that no legal process can bring Yousef back, they hope that some semblance of justice can now be obtained.”