A video showing a catering worker scooping excess drink into a cup went viral after being shared on Twitter and has now surpassed 1million views.

The worker was filmed filling plastic glasses next to a Budweiser pump while one person in the background can be heard saying: ‘I have never seen anything more disgusting in my life.’

However, a Wembley Stadium spokesman said the employee was unblocking a drip tray – before discarding the beer.

They told the Mirror: ‘We are aware of a video on social media of a kiosk at Wembley Stadium.

‘We can confirm that the staff member was emptying a blocked drip tray and discarding the content.’

Fury serenaded more than 90,000 boxing fans in attendance with a rendition of Don McLean’s American Pie after he knocked out his rival in the sixth round to retain his WBC heavyweight title. 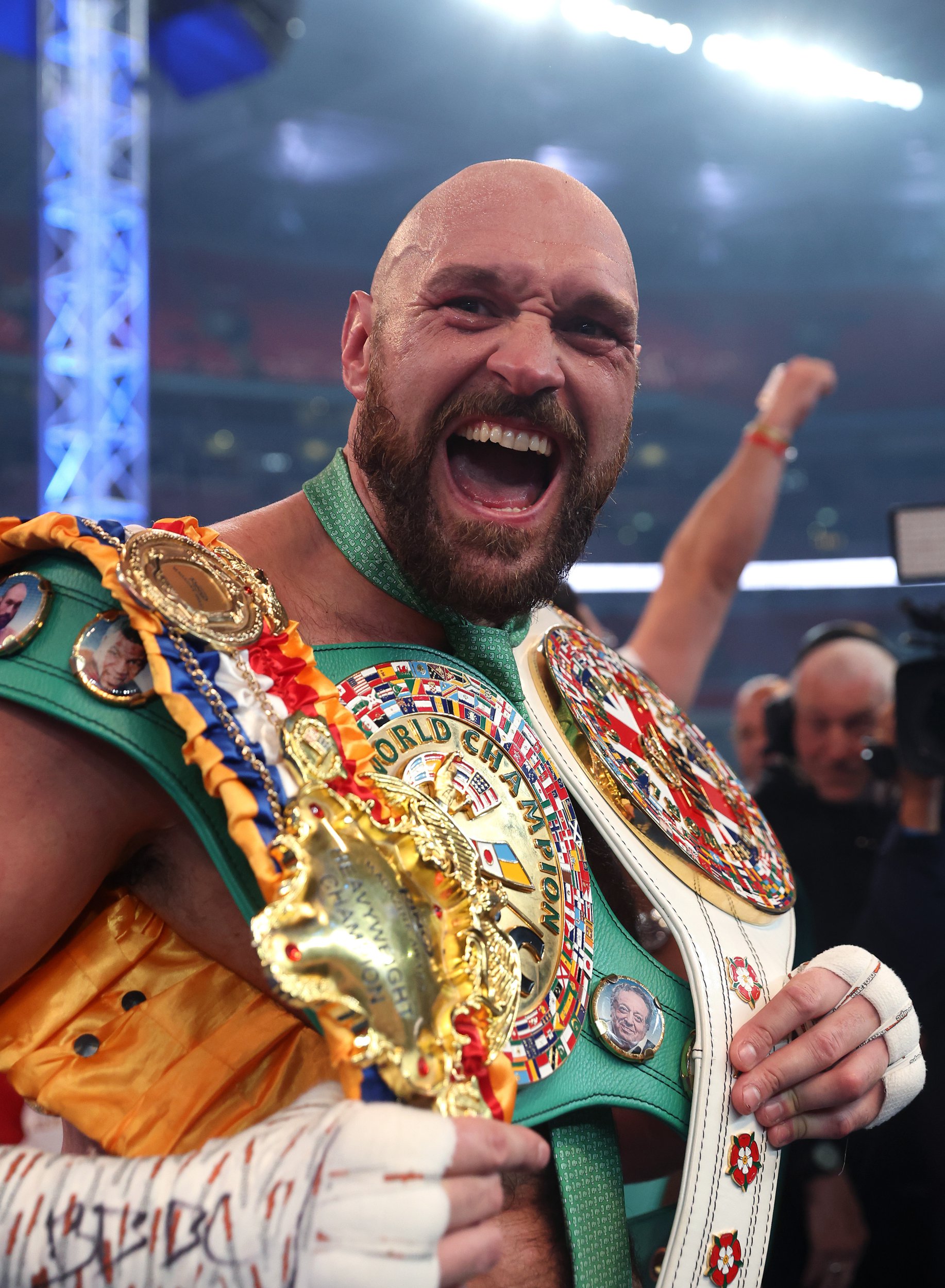 The Gypsy King revealed how he spoke to Whyte after they clashed.

‘I gave him a kiss and a cuddle and told him he will be a world champion one day.

‘People will say Dillian Whyte is s**t, please put a pair of gloves on and we’ll see if they s**t themselves.’

Girlfriend Molly-Mae Hague was in the crowd to cheer him on, sitting next to Tyson Fury’s wife, Paris.