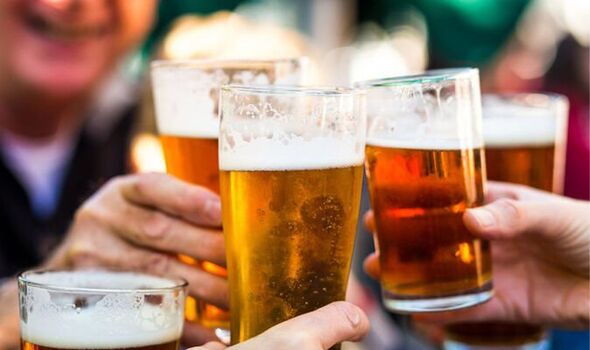 Wetherspoons has bit back at concerns from people who fear its new pub in Covent Garden, London, will attract “rowdy lowlife” customers.

The pub chain has said it wants to open a new venue in a Grade-II listed 150-year-old building, first built for the civil service, on the site of old market warehouses linked to Charles Dickens.

According to MyLondon, the new spot will be open seven days a week if the plans get the green light. However, some locals claim the chain belongs in the suburbs and fear drinkers will cause trouble in the “upscale” city postcode.

A Wetherspoons spokesperson told the Local Democracy Reporting Service all of its pubs “run to a very high standard”. They said the company has decades of experience in running local businesses and operates many sites in Central London already, including Soho and Leicester Square.

The company’s comments came after one neighbour said the plans were a “terrible” idea and demanded a reduction in rent if the pub opens. In a letter to the council she said: “It will attract the worst elements of football crowds coming into Covent Garden from Wembley, as well as all the usual rowdy low life from the suburbs… a pub of this size and type is completely out of place in this area. Put it in the suburbs.”

The woman, who said she had lived in the area for 36 years, added that she fears the Wetherspoons would turn Covent Garden into a “seedy red light district”. She said: “I caught [a] couple having full sex against our front door around 10.30pm one night on my return from the cinema, her knickers around her ankles.

“They didn’t bother to stop as I got out my key to go into my home… This area was indeed once a quiet area with a village atmosphere. It is more like Babylon now.”

She added: “If Westminster Council want to turn this area into a rundown, seedy, red light district as it once was, then this is the right way to go about it. Sadly, Covent Garden has become an absolutely filthy dump in the past few years, instead of the charming, attractive tourist zone it was meant to be. Meanwhile, if this [Wetherspoons] development goes ahead then I want a reduction of my rates for a start.”

The site was most recently a TGI Friday’s restaurant. Wetherspoons wants to revamp the building by changing the layout inside and adding new windows and doors. The company plans to open from 8am daily and close at 12.30pm Monday to Thursday, 1.30am on Saturday and midnight on Sunday.

A 78-year-old who lives near the building said they did not think Wetherspoons was a good fit for the area and that they worried drinkers will keep them up at night. They added: “Covent Garden is lovely during the day and evening with families from all over the UK and abroad enjoying the area. A drinking pub is out of character for the area and the hours requested by Wetherspoon’s are ridiculous.

“People of all ages live in Covent Garden and younger ones have to go to work in the morning. It’s bad enough to be constantly woken up at 78 years of age but at least I’m retired.”

A third local resident said they would prefer the building the pub to remain a restaurant but that, if a pub does open up, they’d like it to close at 11pm. They added: “The Covent Garden area is busy in the day but wonderfully tranquil at night and the mixed use of the area works well. I’m concerned on both prevention of disorder and also public nuisance grounds.”

Another neighbour said a Wetherspoons pub would be better placed in Soho. They wrote: “With a venue led predominantly by alcohol in its offer, there are no guarantees by the operator, or its patrons paying any respect to residents and property in the area. A late license for drinking is completely out of character and charm for Covent Garden, these hours and venues are more suitable for Soho, only a short walk away.”

Westminster City Council’s planning officers are recommending that the plans go ahead. A report by the department said the pub should be allowed to open if it reduces the opening hours to midnight from Monday to Saturday and 11.30pm on Sundays. The council will decide whether the project goes ahead at a meeting on Tuesday, November 1.

Here is Wetherspoons response to the concerns in full

A spokesperson for Wetherspoons told the Local Democracy Service: “Whilst we appreciate that local residents may have concerns regarding the opening of any pub nearby, we do not recognise the issues that some have raised in response to our plans… The site already has the benefit of a licence and unlike TGI Fridays, we will operate the premises without music and we are not looking to expand the premises.”

They added: “All Wetherspoon pubs run to a very high standard… Over 200 of our pubs are in the Good Beer Guide. Wetherspoons has operated pubs in central London for many years… and have worked closely with the police and Westminster Council to ensure that they do not impact on local residents.

“The company has over 40 years’ experience in running pubs as part of their local community and have in place a wide range of policy and procedures on limiting noise and disturbance.

“We will of course address the concerns as part of the planning and licensing process and would be more than happy to meet with local residents should our plans for the pub proceed to discuss how we can work together for the benefit [of the] neighbouring community.”