MOSCOW — While doing time in a Russian penal colony, Aleksandr Y. Margolin saw prisoners savagely beat another inmate, and from that point on, the beaten man obediently cleaned the toilet every day, a demeaning chore signaling that he had fallen into a low caste in the prison hierarchy, known as the “degraded.”

“The conditions are not very homey,” Mr. Margolin said of Russia’s prison camps, descendants of the Soviet gulag, many of them scattered across Siberia.

Inmates are housed not in cell blocks but in free-standing, rough wood or brick barracks, dozens of men in each one, with nothing to separate victimizers from victims. The open floor plan arrangement, little modified since the time of the gulag, has over the decades given rise to a coarse, often brutal prison culture requiring care to navigate.

This is the world the Russian opposition leader Aleksei A. Navalny will likely face, after a Moscow court found that he had violated his parole and, this week, sentenced him to spend more than two years in a so-called general-security correctional colony. He is appealing the sentence, but even his allies hold little hope that it will be overturned.

“The steel doors slam behind me with a deafening clang,” Mr. Navalny wrote in a statement after the sentencing.

Authorities have not disclosed where he will serve, and he might be kept in a jail in Moscow if other court matters are pending.

Last August, Mr. Navalny was poisoned in what he, Western governments and international groups have described as an assassination attempt by the Russian state using a military-grade nerve agent. He was flown to Germany, where he remained for months of treatment and recovery; Russian authorities charged that as a result, he failed to check in regularly with them, as required under an earlier parole.

Last month, he returned to Russia, choosing prison over exile, and was promptly arrested. His case has triggered mass protests that the government calls illegal, and that have been met with a crackdown by security forces.

If Mr. Navalny is dispatched into the penal colonies, what awaits is a penitentiary system that has by the accounts of rights groups and experts on incarceration improved markedly since the Soviet period — but that is not saying much. Russian prisons are still riddled with brutality, according to former inmates and human rights groups.

“The conditions are tough,” said Valery V. Borshov, a former member of Parliament who served on a committee on prison reform. “You are in a huge room, with 40 or 80 other men. It can become unbearable.”

Low-cost and high-volume, the penal colony model, with barracks encircled by barbed-wire fencing, makes up the vast majority of prisons in Russia — 684 of a total 692 penitentiaries. It evolved from the deadly forced-labor camps of the gulag, an acronym for Main Directorate of Camps, which reached their peak under Stalin. Today, inmates typically work in light industry, like sewing military uniforms, rather than mining or timber, as in the Soviet days.

With about half a million people locked up, Russia has an incarceration rate of 334 inmates per 100,000 people — far higher than almost every other country in Europe, but about half the rate of the United States. 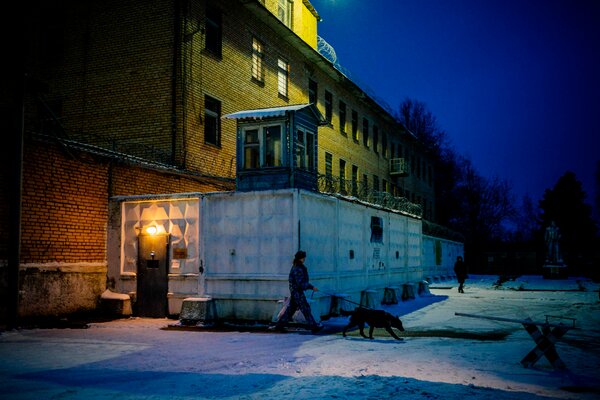 The barracks are locked shut at night without a guard and the inmates left to fend for themselves, a practice that sustains Russia’s harsh prison hierarchy through nighttime beatings.

A privileged group are leaders of criminal gangs, known as “thieves in law” or “authorities.” A second elevated class are inmates known as “activists,” who cooperate with corrections officers.

Men who fall from favor or are sentenced for rape risk falling into the lowest class, known as the “degraded.” They perform menial chores and many are sexually abused.

The rest fall into a broad category called simply the “men,” acquiescing to the gang leaders, refraining from cooperating with the guards and avoiding the abuse suffered by those at the bottom of the pecking order. A system of rituals keeps the hierarchy intact. Men, for example, never share silverware with the degraded.

Some former political prisoners manage to find a place in the system. Mr. Margolin, who was imprisoned in 2014 for his role in antigovernment protests, said he successfully sought help from criminal “authorities” to defend himself from an aggressive fellow inmate. The help was forthcoming, he said, partly because he was convicted for attacking a police officer at a protest.

“That was highly valued,” he said.

Oleg G. Sentsov, a Ukrainian filmmaker who served five years in Russian jails and a Siberian penal colony before being freed in a prisoner swap with Ukraine, said in a telephone interview that inmates at his high-security prison camp, mostly murderers, respected him.

“They weren’t psychos,” Mr. Sentsov said of the killers among whom he slept. Most were in for domestic violence. “They got drunk, maybe, and killed their wives with axes. But in prison, it’s different. It’s seen differently.”

Mr. Navalny, he said, would do all right because “he is brave,” he added. “I didn’t have problems with the inmates, and I don’t think he will, either.”

Mikhail B. Kodorkovsky, a former oil magnate and once Russia’s richest man, who served a decade in prison after financing the political opposition, was stabbed in the face by a fellow inmate wielding a homemade knife. He suffered only a slight wound. The attacker said he had tried to poke out an eye.

Nonetheless, Mr. Khodorkovsky said in a telephone interview, inmates were generally not hostile to him as a political prisoner, and some said, “You are in for truth.”

“The situation is radically different now from the gulag, where the criminals saw themselves as patriots and the political prisoners as enemies of the people,” and preyed on them, he said.

Mr. Navalny is, however, likely to confront legal harassment from the prison administration for petty violations that can justify rejecting parole or confining an inmate to a punishment cell, said Tanya Lokshina, associate director for Human Rights Watch’s Europe and Central Asia division.

“In politically motivated cases, we see from observing them over time, the penitentiary authorities will come up with violations so the individual’s prison record is marred,” she said. Mr. Khodorkovsky, for example, repeatedly wound up in a penalty cell for petty infractions like wearing another inmate’s gloves.

Mr. Navalny may also face more serious risks. In 2019, his doctor said he had been poisoned with a “toxic agent” while in jail in Moscow. Upon his release, Mr. Navalny derided government officials for apparently trying to kill him while he was in their custody.

“Are they such idiots as to poison me in a spot where they would be the only suspects?” he wrote then on his blog about what he characterized not as an attack by fellow inmates, but the state.