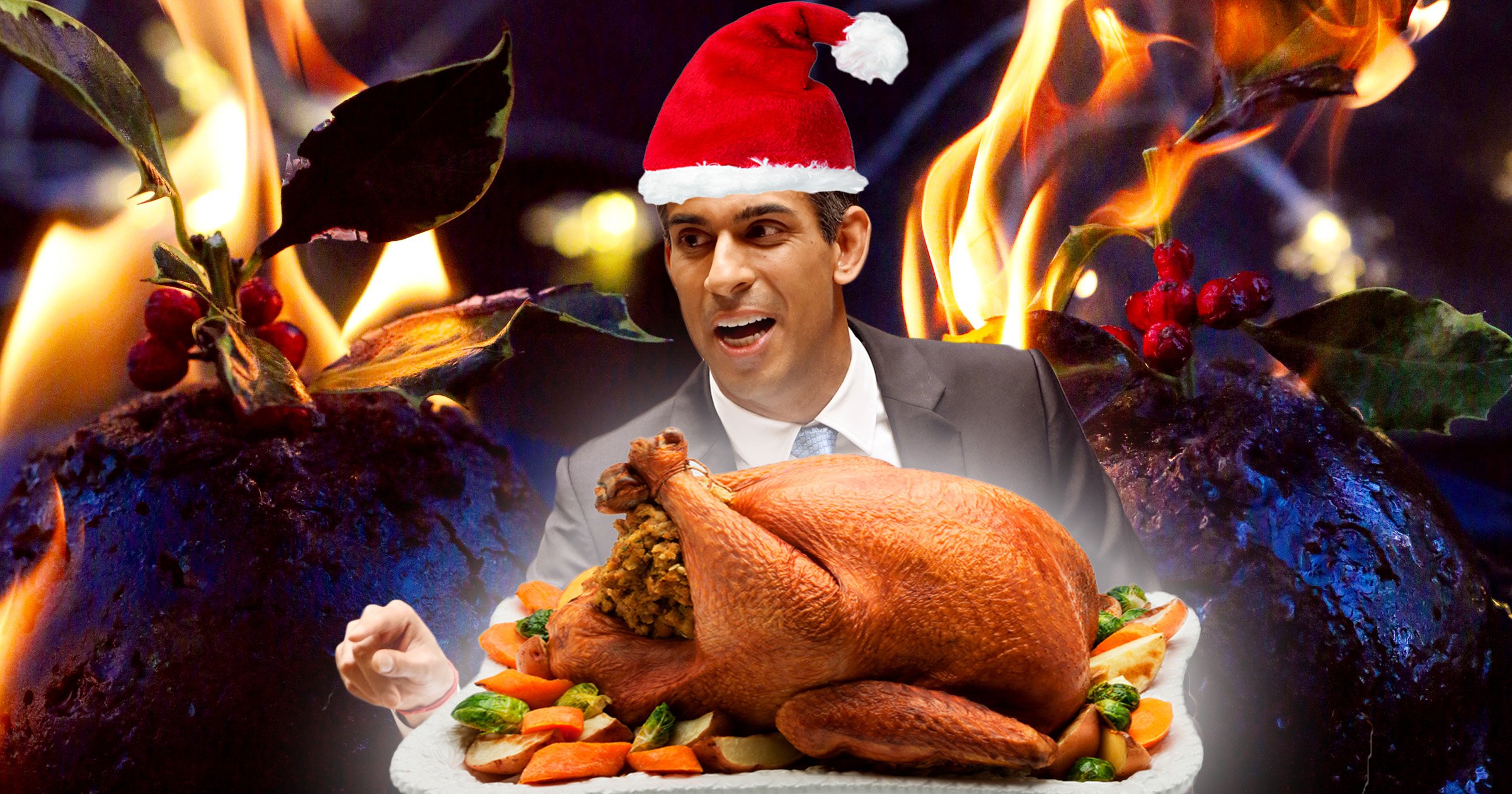 MPs and Lords can tuck into potted duck legs and guinea fowl with apricot and cranberry this Christmas after the House of Commons stocked up on festive provisions.

Caterers at Westminster have bought in 1,500 ‘individual’ puddings and 159 Essex Grove Smith stag turkey supremes for the estate’s restaurants, according to a working list of ingredients.

The supplies have been purchased after it was revealed that MPs can claim some Christmas party costs on expenses and as the country faces the worst cost of living crisis for generations.

The order for festive birds was placed with Grove Smith Turkeys, which says on its Twitter feed that it is an award-winning, family-run farm.

The ingredients ordered in so far have been disclosed by the Commons after a Freedom of Information Act request by Metro.co.uk.

Catering in parliament’s restaurants and bars is not directly subsidised but data for the 2021-2022 financial year shows they all ran at a loss, meaning taxpayers’ money effectively supports the overall operation.

Christmas meals include potted duck leg, pancetta and cranberry with piccalilli, sage toasted sourdough and Shawsgate vineyard ‘Frampaign’ poached pear, which is available for £4.65 in the Members’ Dining Room.

Festive dishes at The Adjournment contemporary restaurant include the guinea fowl, apricot and cranberry terrine with pickled red cabbage, clementine and sourdough, which is part of a two or three-course menu.

With millions of households facing soaring food and power bills, the perks afforded to MPs and Lords have come under close scrutiny.

Under new advice released in November, MPs were told they can claim the cost of food and drink at their Christmas parties on expenses.

Lights, tinsel and trees, but not alcohol, are covered by the Independent Parliamentary Standards Authority advice.

The festive provisions at Westminster come as the Trussell Trust network of foodbanks warns that the branches are facing a Christmas of record demand amid the intensifying cost of living crisis.

John O’Connell, chief executive of the TaxPayers’ Alliance, said: ‘We all need a bit of festive cheer after a tough 2022 but the taxpayers propping up the affordable prices in Parliament are suffering, thanks to the highest taxes in 70 years and bruising inflation.

‘The parliamentary authorities must ensure they get bang for their buck, as families across the country are struggling to make ends meet.’

Will Morris, director of the House of Bread, a vulnerable and homeless support charity in Staffordshire, said: ‘If I was an MP sitting in Parliament eating turkey this Christmas, I would be thinking of other people who have nothing or less this Christmas.

‘With great privilege comes great responsibility, and MPs should be guided by their moral compass and think of the food shelters, food banks and charities on the frontlines.

‘It speaks volumes that the community come to us with very little and are willing to share it with others less fortunate in their local community.’

In its response to the request, the Commons stated that the parliamentary estate and its catering venues are open to around 15,000 passholders.

A spokesperson said: ‘Christmas food at our catering venues is accessible to all parliamentary passholders, which includes staff, members, contractors and members of the press gallery, as well as the many visitors to parliament.

‘The volumes served will be in line with demand and we continuously seek to reduce costs. Our food and drink offering is regularly benchmarked against similar outlets outside parliament.

‘The services are not directly subsidised and all food and drink items are sold above cost price.’