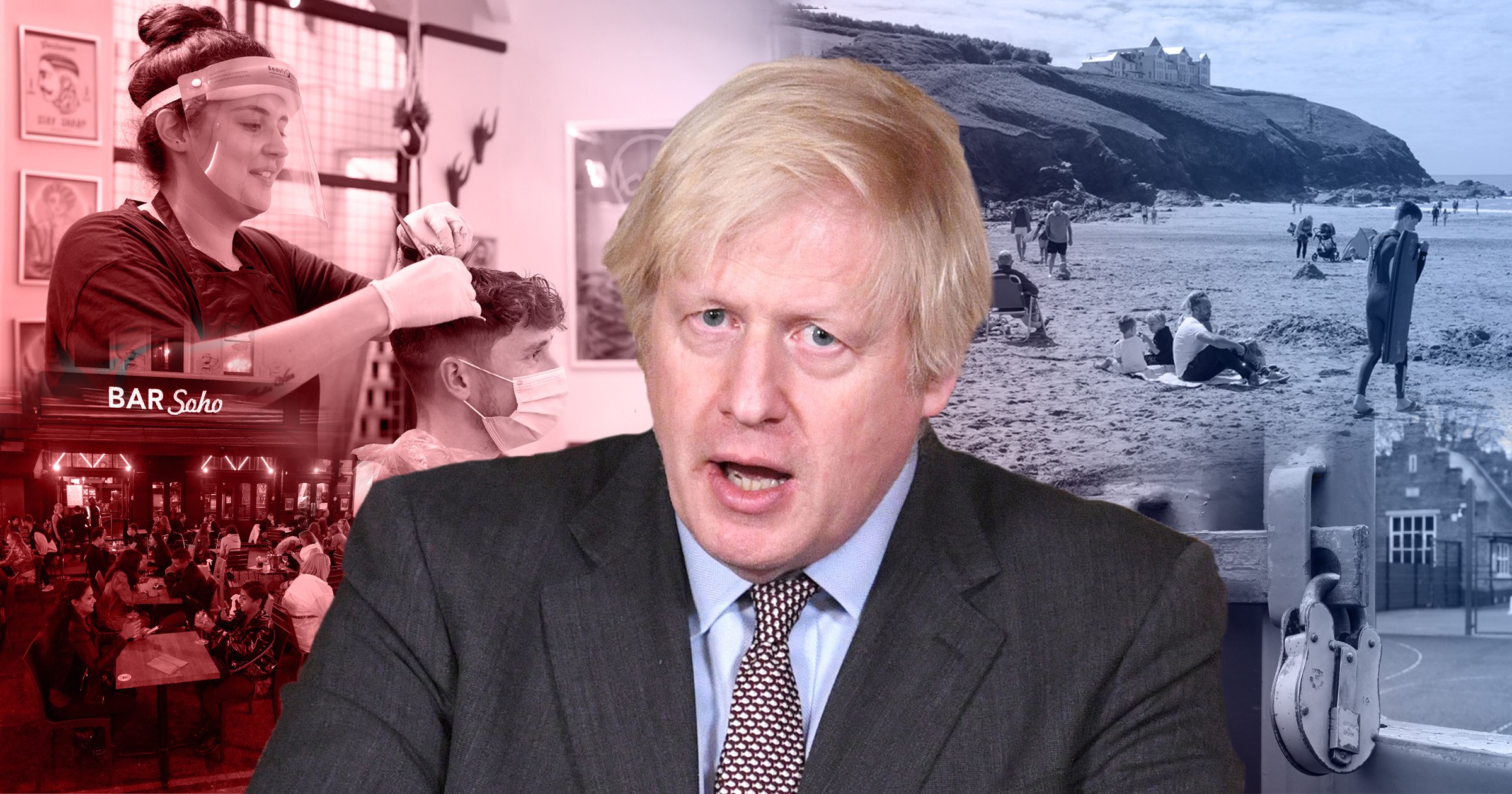 We’ve been in a national lockdown in England since January 5, which came after months of local lockdowns.

On February 22, Boris Johnson is due to update us on what the plan is to ease restrictions, and whether children will be able to go back to school.

So far, the government has been quite tight-lipped about what to expect, but has said that they would like to see pupils starting to return to the classroom from March 8.

It comes as Scottish First Minister Nicola Sturgeon announced today that schools would start reopening from February 22 – but warned that the country’s lockdown could continue into next month with people still told to ‘stay at home’.

What are the areas that the prime minister’s ‘roadmap’ may cover?

We know that Mr Johnson will talk about the plan for schools, something parents will be keen to know about.

Ministers have said the re-opening of schools in England on March 8 remains their first priority, although reports have suggested the return may be staggered, with secondary schools going back a week later.

Mr Johnson said no decisions have been made on whether year groups across schools in England will return together or whether primaries and secondaries could be staggered.

The government’s advisory group SAGE previously warned that even shutting schools might not go far enough to bring down the rate of infection with a more transmissible variant circulating.

However, the latest data show that there has been a reduction in cases indicating that the lockdown has been effective.

Government figures show the R-rate is now below 1 for the first time since July. It is now estimated to be between 0.7 and 0.9 across the UK.

Professor Neil Ferguson, who advises the Government as part of the New and Emerging Respiratory Virus Threats Advisory Group (Nervtag), said modelling suggests ‘there probably is leeway to reopen all schools’ from March 8 but acknowledged there will be ‘slightly more of a risk’ in a rise in cases than if just primary schools were reopened.

Picnics in the park

At the moment, sitting down with a friend outside in the park is against the rules brought in to stop the spread of coronavirus.

People are only allowed to meet with one other person outside to exercise.

Loosening this slightly is anticipated to be on the cards, with a government source telling the Telegraph that people will be able to sit down for coffee on a park bench with one other person or within their own household from March 8.

The prime minister will likely discuss the plans for hospitality, and what needs to happen before pubs can open their doors again.

Pubs and restaurants will be able to serve food and alcohol outdoors in April if coronavirus cases keep falling, the Sun reported, saying the reopening of hospitality is being fast-tracked in a major boost to the struggling sector.

The Mail on Sunday reported that pubs could open again by Easter, with customers able to sit and drink outside.

They will not have to implement a 10pm curfew or the rule that said alcohol could only be served with a ‘substantial meal’.

Outdoor dining would also be allowed in restaurants from March 30 or 31, the paper reported.

In a recent letter to Mr Johnson, chief executive of pub giant Young’s, Patrick Dardis, said: ‘There is no reason why pubs cannot open in April, giving people back their liberty and their much-loved pub.’

But Dr Bharat Pankhania, senior clinical lecturer at the University of Exeter medical school, said talking about pubs reopening in April is ‘premature’ and pub bosses need to realise there is a danger of going ‘back to square one’.

Last week Downing Street said the Government is doing ‘everything we can to make sure people can have a holiday this summer’ but Mr Johnson and other ministers have repeatedly cautioned that it is too early to be certain about what people will be able to do regarding holidays.

The new hotel quarantine regime for ‘red list’ countries has only just started, so it would likely be premature to book your big beach holiday to Brazil or South Africa.

‘Staycations’ within the UK are likely to be simpler. At the moment people are banned from travelling outside of their local area, but this may be relaxed when we hear the ‘roadmap’.

Shops such as bookshops, florists and clothes shops have had to remain closed during the third lockdown.

The government has not given much of an indication about when they can reopen, however they were the first businesses permitted to open their doors during the first lockdown.

What has the government said?

Boris Johnson has said he will set out dates for different areas to reopen ‘if we possibly can’ – but he gave the caveat that they will likely be target dates ‘by which we hope to do something at the earliest’ rather than anything set in stone.

Health Secretary Matt Hancock said the Government ‘absolutely’ wants the current lockdown to be the last.

He told BBC Breakfast that he wants to ensure measures are eased ‘carefully and cautiously’.

He said: ‘Having a sustainable exit, so lifting the measures in such a way that can be sustainable and we don’t have to have another lockdown, that is obviously an important part of our considerations.

‘For me, making sure that as we lift measures, we do so carefully and cautiously to make sure that we don’t have to put them on again, that is at the core of the judgment we have to make.’