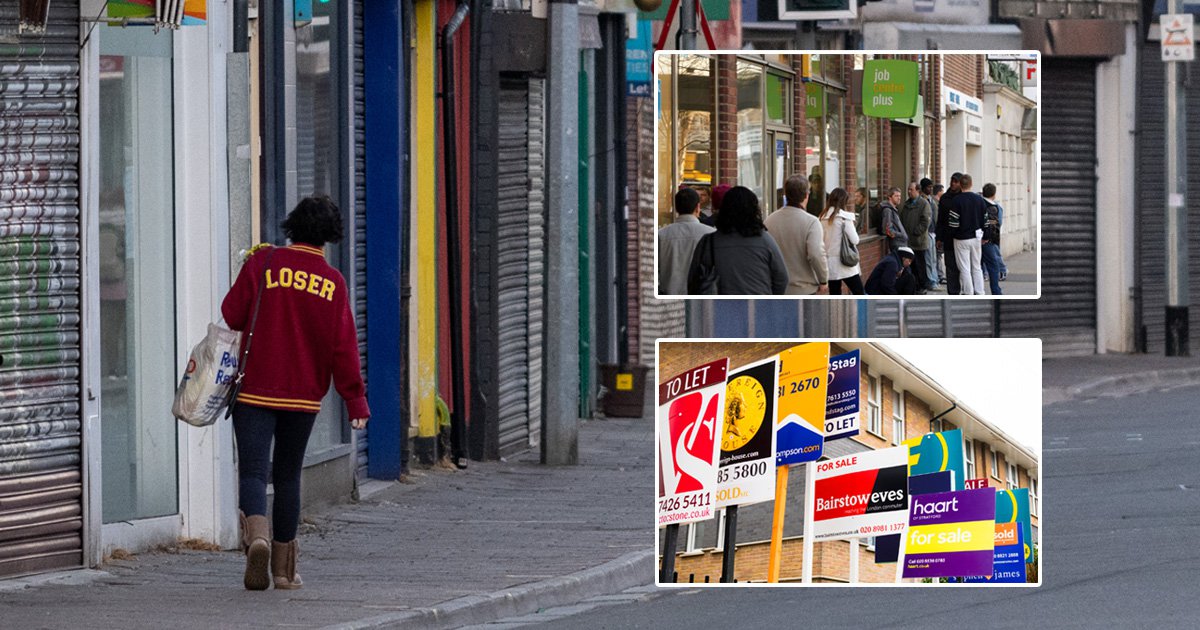 Britain is set to suffer its longest downturn since the 2008-9 financial crisis in the coming months, according to the latest economic forecasts.

The Bank of England believes the country will enter a recession by Christmas which will last a total of 15 months.

A recession is declared in the UK when the economy consistently shrinks for six months or more.

The way economists measure the economy often doesn’t catch on to downturns affecting families and businesses until months after they start, so such announcements usually signal there has been up to a year of worsening hardship.

Depending on the latest data, they can also have knock-on effects as families cut back on unnecessary spending and businesses scale back investment plans.

Typically, the government responds through targeted tax cuts or boosting spending in other areas that keep high streets busy.

The Bank of England also usually steps in by reducing interest rates so that mortgages and other loans become cheaper.

But in this case, some of those rescue measures have already been pushed to their limit by the cost of living crisis.

Whoever Rishi Sunak or Liz Truss choose as their chancellor is likely to be strongly warned by Treasury officials not to over-loosen the spending taps in case it throws fuel on the fire of inflation.

And the Bank of England currently believes the soaring rises in energy bills and food prices won’t let up until well into next year.

So interest rates – which have just been raised to their highest level since 2009 – could keep rising and are unlikely to be lowered until 2023 at the earliest.

This means families are likely to find the cost of any debts they have will soon get more expensive and stay that way for at least 18 months.

Homeholds with standard variable rate mortgages will see their monthly payments rise by £59.17 on average, according to Moneyfacts.co.uk.

Those with tracker rate mortgages will have to pay an extra £51.98 a month on average.

Explaining their forecasts, the Bank’s economists said: ‘Real household post-tax income is projected to fall sharply in 2022 and 2023, while consumption growth turns negative.’

The overall fall in gross domestic product – the main metric for the size of the economy – is expected to reach 2.1%.

This means the recession will be relatively shallow, similar to the slump of the early 1990s.

In contrast, the much shorter but harsher Covid recession in 2020 wiped nearly 19% off the size of the economy, which did not fully recover until late 2021.

Although the upcoming recession will be easier for businesses to weather, the lack of growth in the economy for such a long period of time means the government will be taking in less in tax revenues.

This means support measures such as the state-funded £400 energy bill discount this winter will become harder to repeat.

Think-tanks such as the Joseph Rowntree Foundation have warned that inflation is ‘going to hit low income families hard’.

Bank of England governor Andrew Bailey said the cost of living crisis is ‘overwhelmingly a consequence of Russia’s restriction of gas supplies to Europe and the risk of further cuts.’

But some experts argue the energy market needs reforming to offer customers better deals when wholesale gas prices go up.

Martin Lewis of MoneySavingExpert writes: ‘The UK energy market is broken. The theory is we’re meant to gain from competition, but there hasn’t been any – instead we have effectively regulatory-enforced high prices.

‘Yet there are opportunities to take action to help, not because there are great deals out there, but because the latest analysis is the future looks even worse, with the prediction for the next price cap continuing to rise, so it’s now far higher than even a couple of months ago.’