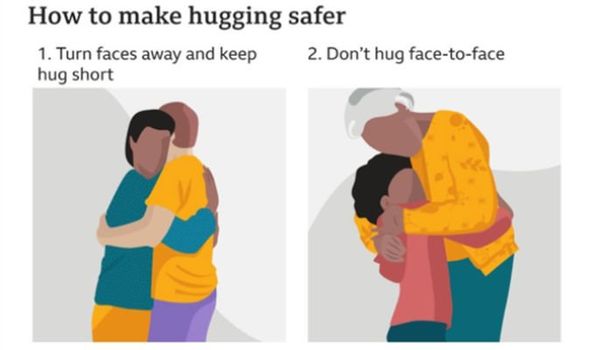 It advised people to “turn faces away” and “don’t hug face-to-face”. This was widely shared on social media with some users branding it “creepy” and “insane”.

If you want to hug others from May 17, when lockdown restrictions change, the BBC graphic advises you to: “1. Turn faces away and keep hug short.

“3. Wear a mask if one of you is vulnerable.

Each instruction is illustrated with a picture of people hugging.

It adds: “However you hug, be careful and remember some people are more vulnerable to Covid than others.”

However the advice was criticised by some Twitter users who branded it draconian. 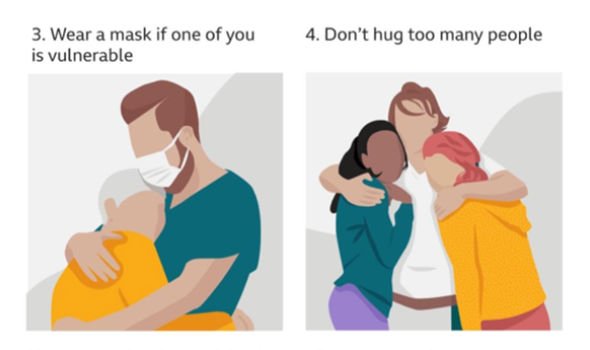 Writer and video maker Steven Edginton retweeted the graphic describing it as “Creepy and weird”.

Another user commented: “Since when did the BBC become an authority on social behaviour?”

Speaking earlier this week Boris Johnson said people will be able to hug from Monday if they “exercise care and common sense”. 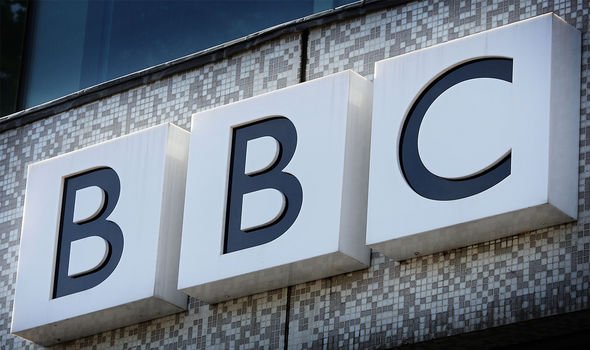 The next stage of England’s unlocking will see household mixing of up to six people allowed inside, or 30 outside.

Pubs and restaurants will be permitted to serve people inside their premises again.

Other Twitter users responded to the BBC’s hugging advice and noted it shows how much society has changed since the coronavirus pandemic began.

One wrote: “Bizarre to think that a sign of affection such as a heartwarming hug (I love to hug my friends) is now bordering on being viewed as anarchism.” 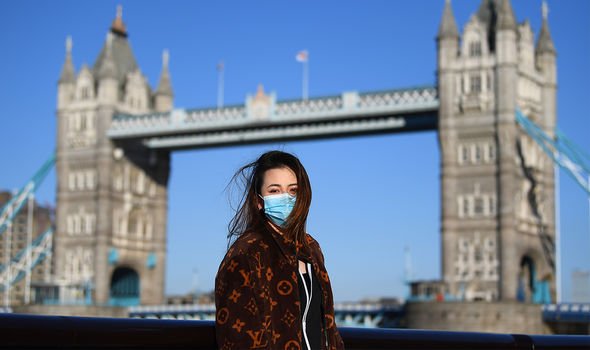 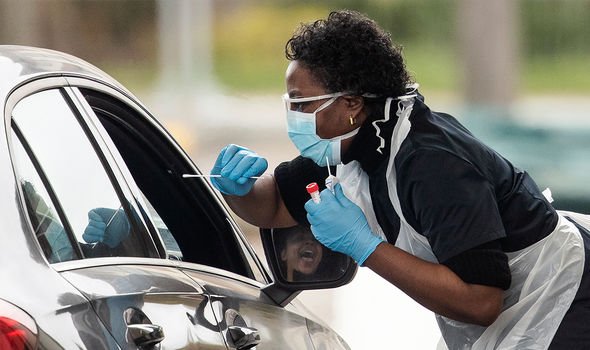 A second commented: “BBC News are you seriously advising people how to hug safely???”

On Friday Boris Johnson warned the Indian coronavirus variant could cause a “serious disruption” to plans to end socialising restrictions on June 21.

Surge testing is taking place in a number of areas, including Bolton, Blackburn and London, following an explosion in cases.

Experts fear the Indian variant is significantly more transmissive though there is no evidence it can evade vaccines.

Those who are eligible are being urged to get a coronavirus jab as soon as possible.

Mr Johnson said: “I have to level with you that this new variant could pose a serious disruption to our progress and could make it more difficult to move to step four in June.

“I urge everyone to exercise the greatest caution because the choices we each make in the coming days will have a material effect on the road ahead.” 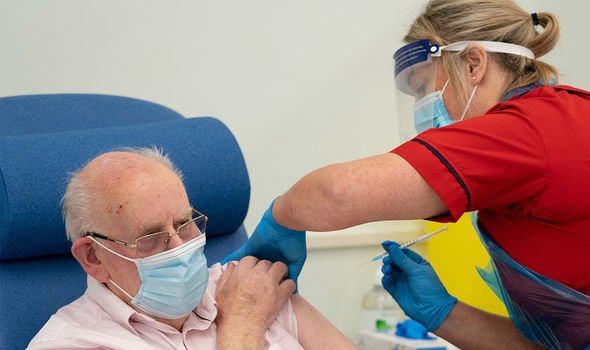 More than half the UK’s population has now received at least one coronavirus vaccine.

The number of daily deaths has fallen dramatically from its peak earlier in the year.

On Friday another 17 people were reported to have died within 28-days of a positive coronavirus test.
Source: Read Full Article