The Kill the Bill protest is in response to Government plans to give police more powers to deal with non-violent protests. The Police, Crime, Sentencing and Courts Bill has been highly controversial since a peaceful vigil in memory of Sarah Everard saw police detaining women.

At least two police vehicles have been set on fire and damage has been caused to a police station in the city, including smashed windows and graffiti.

Some officers have suffered broken limbs in the chaos, which began earlier this afternoon with peaceful protesters gathering on Bristol’s College Green not far from the centre of the city.

“Thuggery and disorder by a minority will never be tolerated. Our police officers put themselves in harm’s way to protect us all.

“My thoughts this evening are with those police officers injured.” 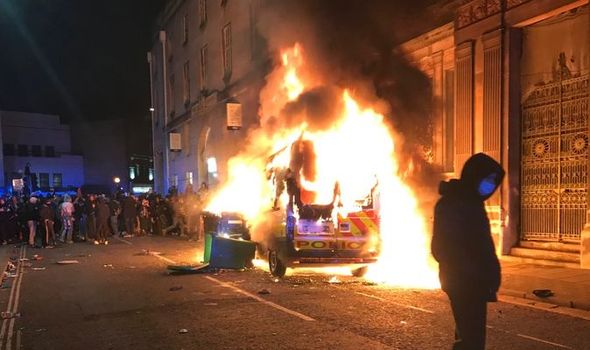 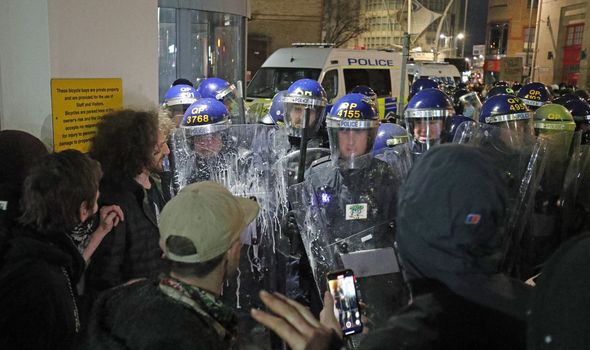 What is Kill the Bill?

Kill the Bill is in response to the Police, Crime, Sentencing and Courts Bill which was debated and voted on in parliament last week.

The Bill is currently at the Committee stage in the House of Lords.

The policing bill has been controversial to say the least, as it places restrictions on peoples right to protest.

These include setting noise and time limits on protests, no matter how many people are in attendance or whether the protest is peaceful or not. 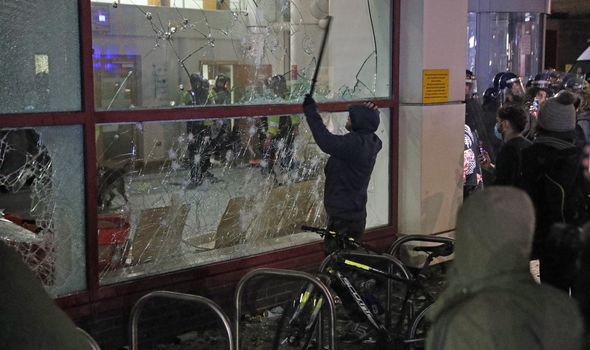 The proposed new law includes the offence of “intentionally or recklessly causing public nuisance” which means blocking roads and bridges or employing other tactics for disruption which can be common at protests.

Hefty fines will be brought against offenders if the Bill becomes law and the rules will even apply to a single protester.

If you refuse to follow police directions, you could be fined £2,500.

The Bill also outlines how it would be a crime to fail to follow restrictions the protesters “ought” to have known about, even if they have not received a direct order from an officer.

The Bill proposes to make damage to statues or memorials punishable with a prison sentence of up to 10 years.

Despite opposition on both sides of the House, the Bill passed by 359 votes to 263 on March 16.

Bristol Mayor Marvin Rees said: “For five years Bristol has built homes, fed its families, prioritised mental health, recruited black and Asian magistrates, organised work experience for our young people who are least likely to be able to get it, we have addressed poverty and introduced a whole new city approach to welcome in and support refugees and asylum seekers.

“That’s what matters, that is what makes a difference.

“Smashing buildings, injuring police officers and burning cars will do nothing to support the children experiencing digital exclusion, or the women, men and children looking for refuge from domestic violence and abuse.” 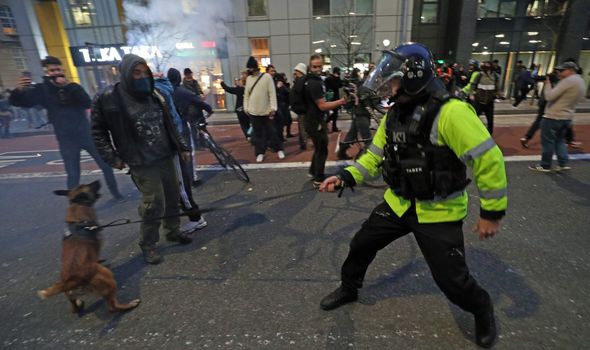 Chief Superintendent Will White, of Avon and Somerset Police, said: “What started out as a peaceful protest has been turned by a small minority into a violent disorder.

“These scenes are absolutely disgraceful and they will be widely condemned by people across the city.

“There can never be any excuse for wanton disorder.

“Officers have been subjected to considerable levels of abuse and violence.

“One suffered a broken arm and another suffered broken ribs. Both have been taken to hospital.

“These are men and women out there with the intention of serving and protecting the public – they should never be subjected to assaults or abuse in this way.

“At least two police vehicles have been set on fire and damage has been caused to the outside of the station.

“Protesters are not inside the building. We have requested mutual aid from neighbouring forces to bring this incident to a safe conclusion.

“All those involved in this criminal behaviour will be identified and brought to justice.

“There will be significant consequences for behaviour such as this.”