George Galloway erupted during his Mother of All Talkshows programme after he could not believe shops were allowing more people through their doors than the Royal Family were allowed to have at Prince Philip’s funeral in Windsor. Mr Galloway said it was “clear” the Queen was grieving and it would have been nice if she was given a “hand to hold”. He concluded and roared against the “madness” which followed the funeral and was angry at the lack of compassion that was given to the Queen.

Speaking on his Mother of All Talkshows, Mr Galloway delivered a monologue on the funeral.

As per the Government’s coronavirus guidelines, Prince Philip’s funeral could only have 30 attendees for the indoor event which did not include workers.

The guidelines also state that social distancing must be observed during the ceremony.

Mr Galloway took aim at the rules and said: “At the funeral of her husband of 73 years, why was she left bereft and alone? 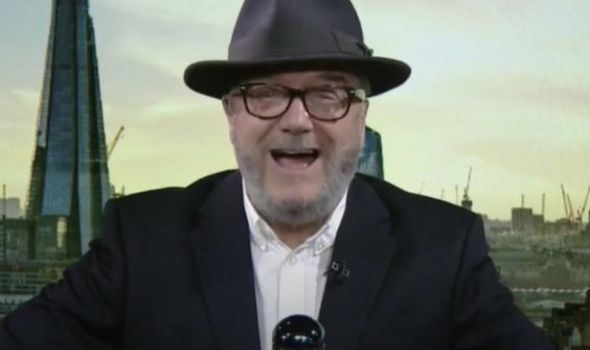 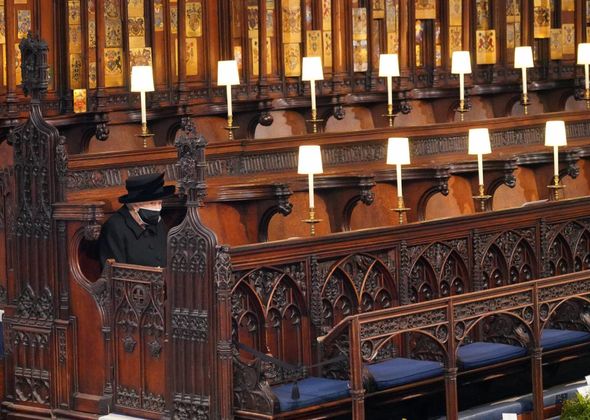 “Why couldn’t she be with her family, why were there only 30 people at the funeral?

“I’ve just come down Regent Street and there were more people in the sock department of H&M than were allowed at the funeral of the consort of the Queen.

“Grief, she once said, is the price we pay for love. 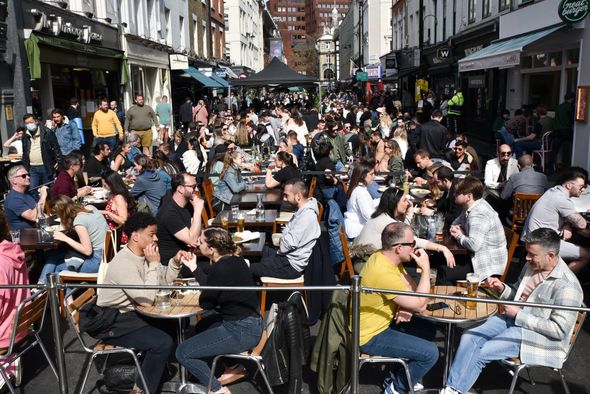 “I could see that she was in grief – it might have been nice if she’d been able to squeeze the hand of her son or daughter, wouldn’t it?

“And how many family members were not allowed to attend when in Soho there are thousands of people sitting together in the street getting roaring drunk.”

Police attended locations across London, including Soho, to ensure large gatherings did not take place and social distancing was observed.

Mr Galloway then added the minimalism of the event was a credit to everyone involved since the occasion would have been much bigger if it were not for the pandemic. 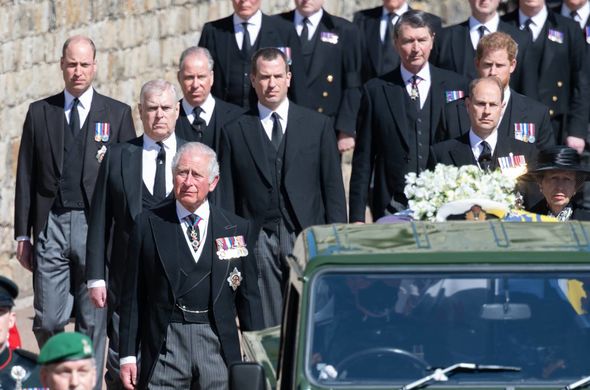 The Queen is also set to mark her 95th birthday this week as Royal Family members have drawn up a rota to visit the monarch during her period of grieving.

However, insiders claim Prince Harry will not remain in the UK for long as he is set to return to America to be with heavily pregnant Meghan Markle.

This is despite The Sun reporting Harry spoke with his brother William for over two hours after Prince Philip’s funeral with some hoping they may reconcile.

Prince Harry will next return to the UK in June for the unveiling of the Princess Diana statue at Kensington Palace on July 1.