Prime Minister Boris Johnson announced conditions are on track for lockdown easing on May 17 to go ahead.

Speaking from Downing Street on Monday, the PM said: “Today we are announcing the single biggest step on our roadmap and it will allow us to do many of the things we’ve yearned to do for a long time.

“So let’s protect these gains by continuing to exercise caution and common sense.”

He added the country is on track to move onto the fourth step on June 21. 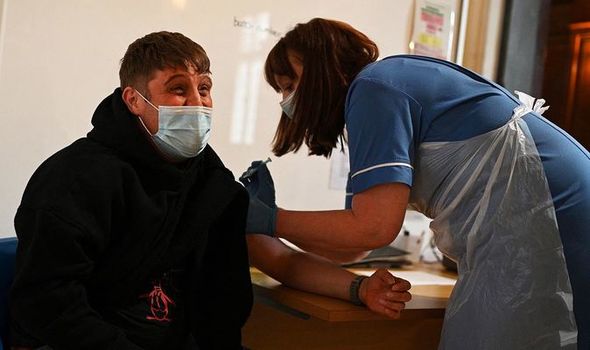 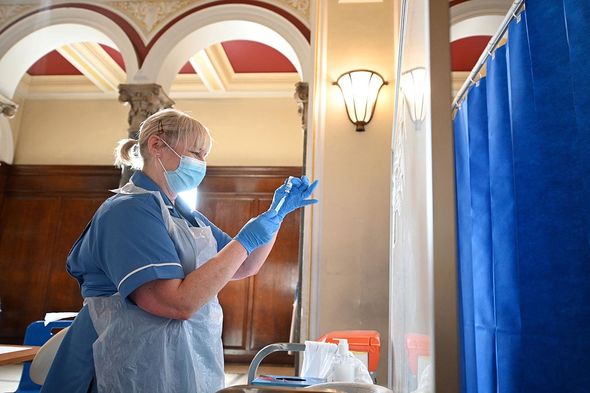 The Prime Minister also announced more than two-thirds of all adults across the UK have now been vaccinated, with a third being fully vaccinated.

This equates to 67.3 percent of those aged 18 and above in the UK who have received the first dose, and 33.9 percent of adults having received a second dose as well.

Comparatively, around the UK, the following percentages of the adult population have received their jabs: 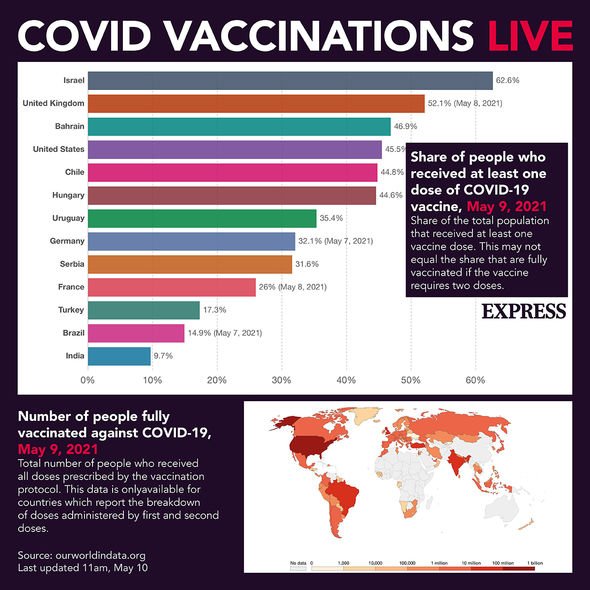 Health Secretary Matt Hancock today said those aged 35 and over will be offered their coronavirus vaccine “pretty soon”.

Those aged 35 to 39 are expected to be invited for their first jab within the next fortnight.

When asked when those in this age group will be vaccinated, Mr Hancock told Sky News: “Pretty soon. We have gone down to all 40s and above in the last couple of weeks.

“As you can see the numbers of vaccines are going gangbusters – with more than 600,000 on Saturday.

“The number of first vaccinations is actually rising and we are getting through all of those critical second vaccinations.

“Everybody is doing it and it is absolutely fantastic to see the proportion of people taking up the vaccine, almost everybody unless they have some complicated logistical issue, is coming forward for their second jab.

“It is so important and we will let you know as soon as we are able to take that next step to the under-40s.” 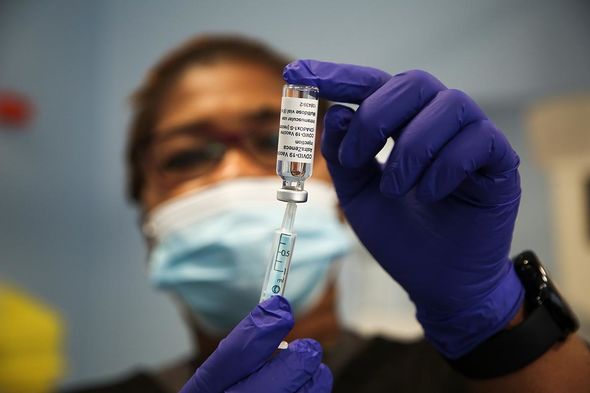 The Health Secretary also revealed the Government could look to change the rules around mask-wearing in June.

He said ministers have not “ruled that out”, but urged Britons to exercise “personal responsibility”.

Legally masks must be worth in several settings including on public transport and in shops.

Mr Hancock said: “We will be changing the rules to be far more about people taking personal responsibility, exercising common sense according to their circumstances.

“We will set out really clearly the risks.

“People understand the risks – we know that – and we’ll make that very, very plain and then people can exercise their own personal responsibility.” 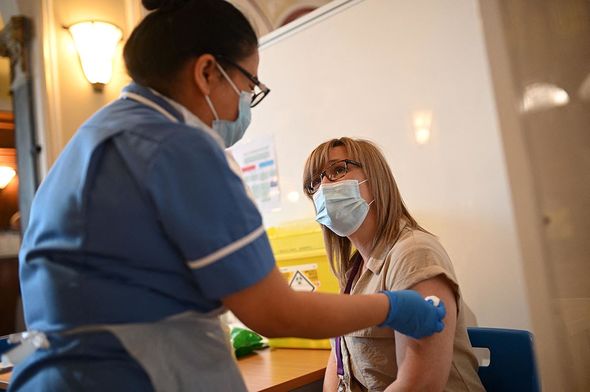 A new online calculator predicts the likely dates you will receive each vaccine.

The omni calculator asks for your age, whether you live or work in a care home, are pregnant or plan to be in the next three months and if you are a frontline health or social worker, classed as extremely vulnerable or have an underlying health condition.

According to the calculator, for those with no underlying health conditions or impacting health factors, the timeline for each age group is as followed:

Each group is forecast to receive its second dose around the following dates: