The coronavirus vaccine has been given to more than 24 million people across Britain. The number of jabs delivered is expected to reach four million for this week according to NHS sources. This would mean all over-50s would have had at least one dose of the vaccine by the end of the month, putting the NHS rollout two weeks ahead of schedule. Express.co.uk has analysed vaccination data to estimate when under-50s will get the Covid vaccine.

Prime Minister Boris Johnson today defended the Oxford-AstraZeneca coronavirus vaccine despite its use being suspended in several countries, most recently in the Netherlands.

The suspension of Oxford-AstraZeneca vaccinations has been undertaken due to blood clot concerns.

The Netherlands, for instance, said it would stop giving out the vaccine for two weeks until March 29 at least.

Mr Johnson said: “We are very confident about the [vaccination] programme”.

The World Health Organisation (WHO) said its advisory committee is assessing the blood clot reports and said any “unlikely” changes to current recommendations will be communicated to the public.

The WHO said: “As of today, there is no evidence that the incidents are caused by the vaccine and it is important that vaccination campaigns continue so that we can save lives.” 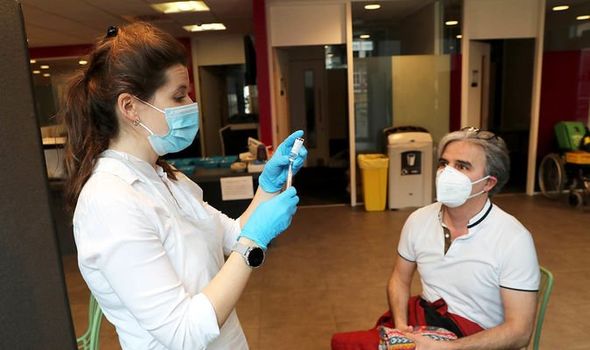 This equates to around 34.29 percent of the UK population having received the vaccination so far. 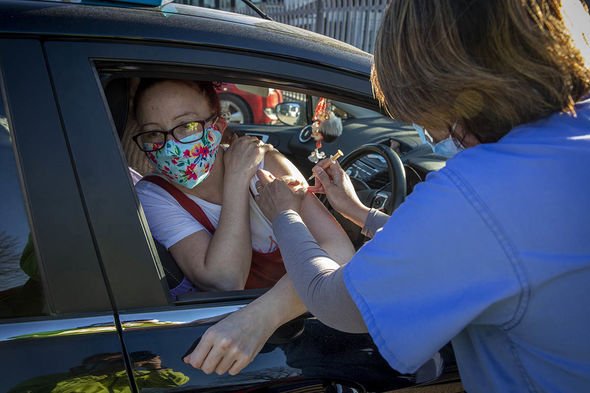 The Government is currently in the process of vaccinating all those aged 55 and above according to the NHS website.

This includes the penultimate group on the remaining priority list outlined by the Joint Committee on Vaccinations and Immunisations (JCVI).

Since spring the English vaccination effort has been working to vaccinate 21 million people deemed as a priority.

People in their 40s will be vaccinated once the current phase has been completed.

The Government aims to vaccinate all priority groups by mid-April – but when exactly will under 50s get the Covid vaccine. 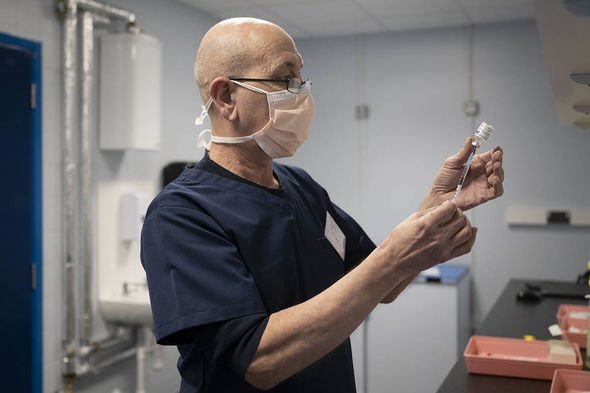 According to the Government’s Coronavirus dashboard and Office for National Statistics population estimates data, 296,566.57 first doses are being delivered each day according to the average over the past seven days.

Projections for vaccine totals in the future using this average mean those under the age of 50 will begin to be vaccinated from April 10.

Using this data, the entire UK population is due to be vaccinated by August 28.

These figures are accurate according to the current seven-day averages taken from March 8 to 14. 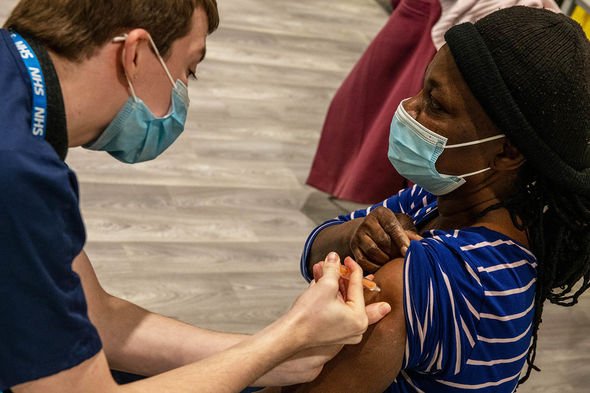 From April 10, the second phase of the priority list will come into force beginning with those aged 40 to 49, followed by those aged 30 to 39 and finally those aged 18 to 29.

In Nottinghamshire, those aged 40 and above have been invited to book their vaccine already.

So far almost half of adults in the Midlands have received at least one dose of the vaccine.

Amanda Sullivan, an accountable officer at NHS Nottingham and Nottinghamshire CCG, told ITV: “We are vaccinating huge numbers of people and over the coming week we will see more younger people in our communities receiving the vaccine. It’s a significant milestone for the programme.”

The Chancellor of the Exchequer Rishi Sunak announced a fund of £1.65bn this month to assist the vaccine rollout.

The Treasury said the money was designed to “boost” the successful rollout of the scheme.

Mr Sunak said it was “essential we maintain this momentum” in the vaccination programme.

He said: “Protecting ourselves against the virus means we will be able to lift restrictions, reopen our economy and focus our attention on creating jobs and stimulating growth.”