The annual event was attended by an array of guests, including Princess Caroline of Hanover and her daughter Charlotte Casiraghi, 35, along with Princess Alexandra, 22. But Princess Charlene, 44, was absent from the event.

She has spent the last 18 months out of the public eye but recently re-entered public life after rumours suggested she is receiving £10 million a year to appear by her husband’s side at official engagements.

Despite this, it appears she avoided the glamorous event last night.

Leading French media reported the ruler of the tax haven Mediterranean principality was doing everything possible to keep Charlene “at his side at public events”. 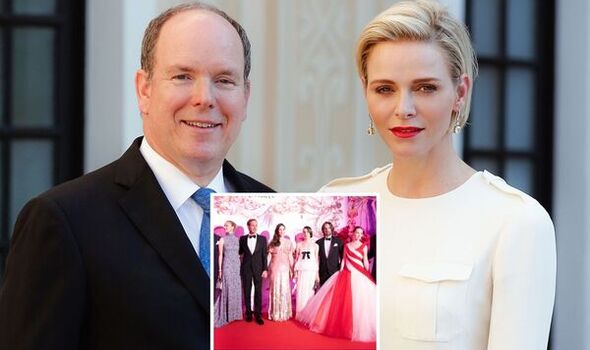 The rest of the royal family appeared at the event in Monte Carlo, with Princess Alexandra sporting a stunning white and red chiffon ballgown.

Her sister Charlotte Casiraghi, 35, was seen in a pale pink dress which gathered at the waist.

Princess Caroline was in a black patterned gown and pearls with her hair pulled back into a sleek up-do.

The Rose Ball was first thrown in 1954 by Princess Grace of Monaco and is currently presided over by the Sovereign Prince Albert II and Princess Caroline of Hanover. 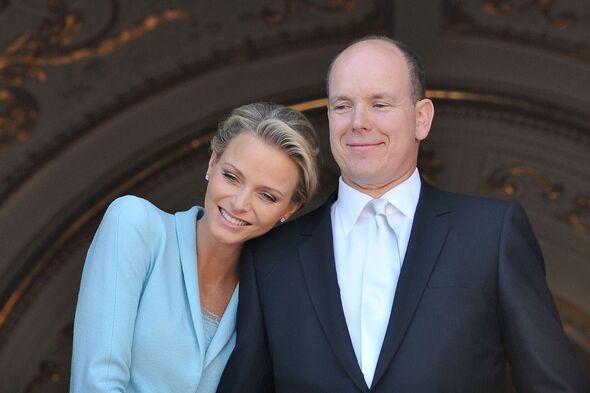 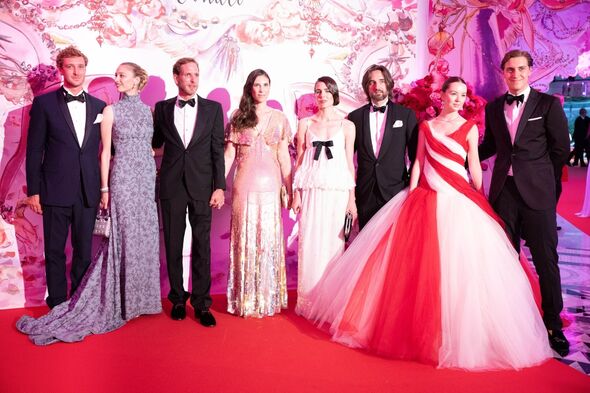 The funds from the event go to the Princess Grace Foundation which assists young artists by providing scholarships.

It is impossible to believe the songstress is in her eighties as she smiled at the cameras at the annual charity event.

Shirley wore her hair in its trademark voluminous style, with shimmering gold eyeshadow and dramatic eyeliner. 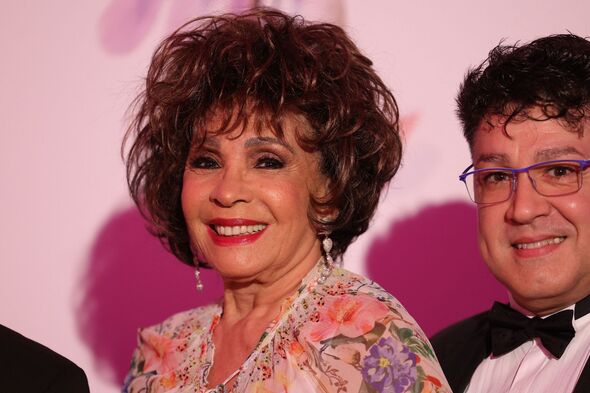 Charlene came back to Monaco in November for a few days before leaving for a Swiss treatment facility.

She attended the 61st Monte Carlo TV Festival with her husband Prince Albert on June 17.

But supporters continued to express concerns about Charlene’s mental health following her return to Monaco.