Been dreaming of a white Christmas? For some people, the wish came true this morning.

Parts of Scotland woke up to snowfall this morning, with more expected heading into Boxing Day.

Shetland and parts of eastern Scotland saw a covering of snow overnight and the southern Highlands will see another dusting later today.

Forecasters also said there had been some light snow in Yorkshire this morning.

Although there’ll often be scattered snowfall, it’s rare for the UK to experience a widespread covering on December 25.

In fact, snow has only been recorded at 40% or more of the country’s weather stations four times in the last 51 years. 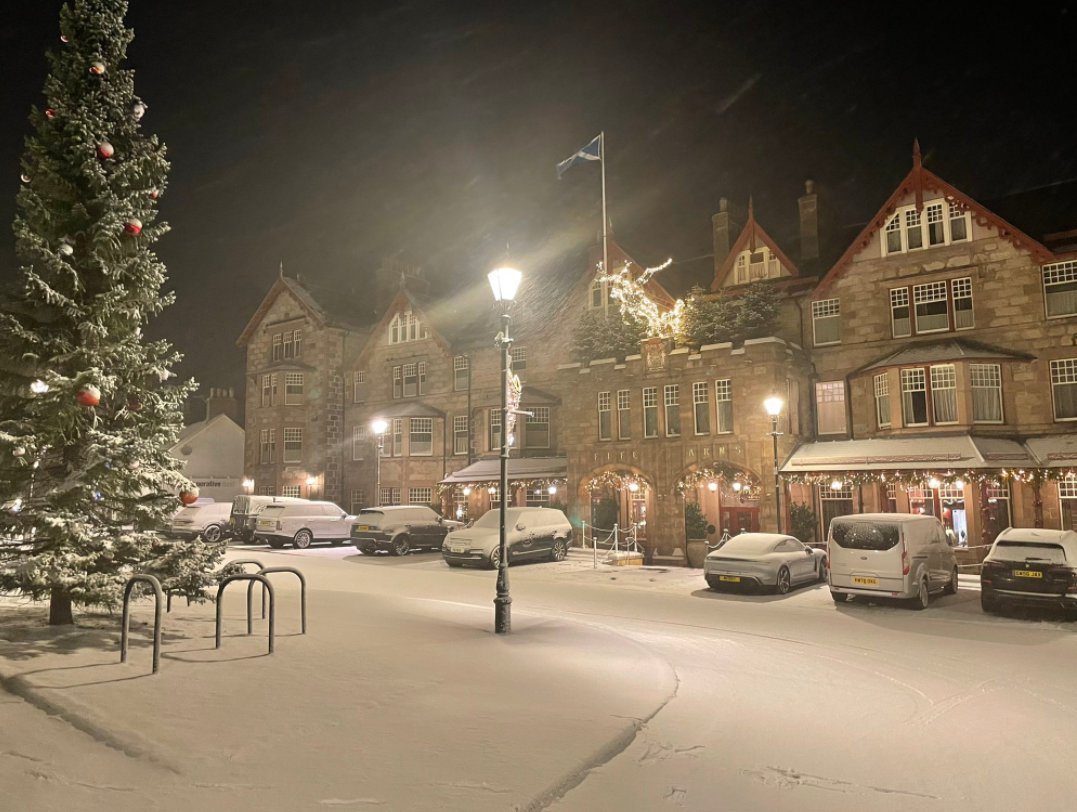 Central and southern Scotland are forecast to see more overnight and, while it will be a day later, it looks like it could be a white Boxing Day in the north-west of England.

The Met Office has issued a yellow weather warning stretching down through Scotland and over the Pennines to Leeds for tomorrow.

Coming into effect just after midnight, the warning will last until noon, according to the agency.

A combination of strong winds and snow on higher ground is expected to disrupt travel.

Roads and railways could be impacted, with the possibility of power outages.

Elsewhere, a Christmas weather warning has been issued for rain in Northern Ireland.

Due to be in effect from 3pm on Saturday to 9am the following day, parts of County Down and County Armagh can expect heavy downpours.

The rain could also result in travel disruption and the Met Office said ‘flooding of a few homes and businesses is likely’.

Edinburgh will fluctuate between 2C (35.6F) and 3C with no rain expected, while Belfast is likely to see rain all day and temperatures of 6C.

Forecasters say Cardiff will be around 8C (46.4F) or 9C (48.2F) on Christmas Day, but with rain expected throughout.