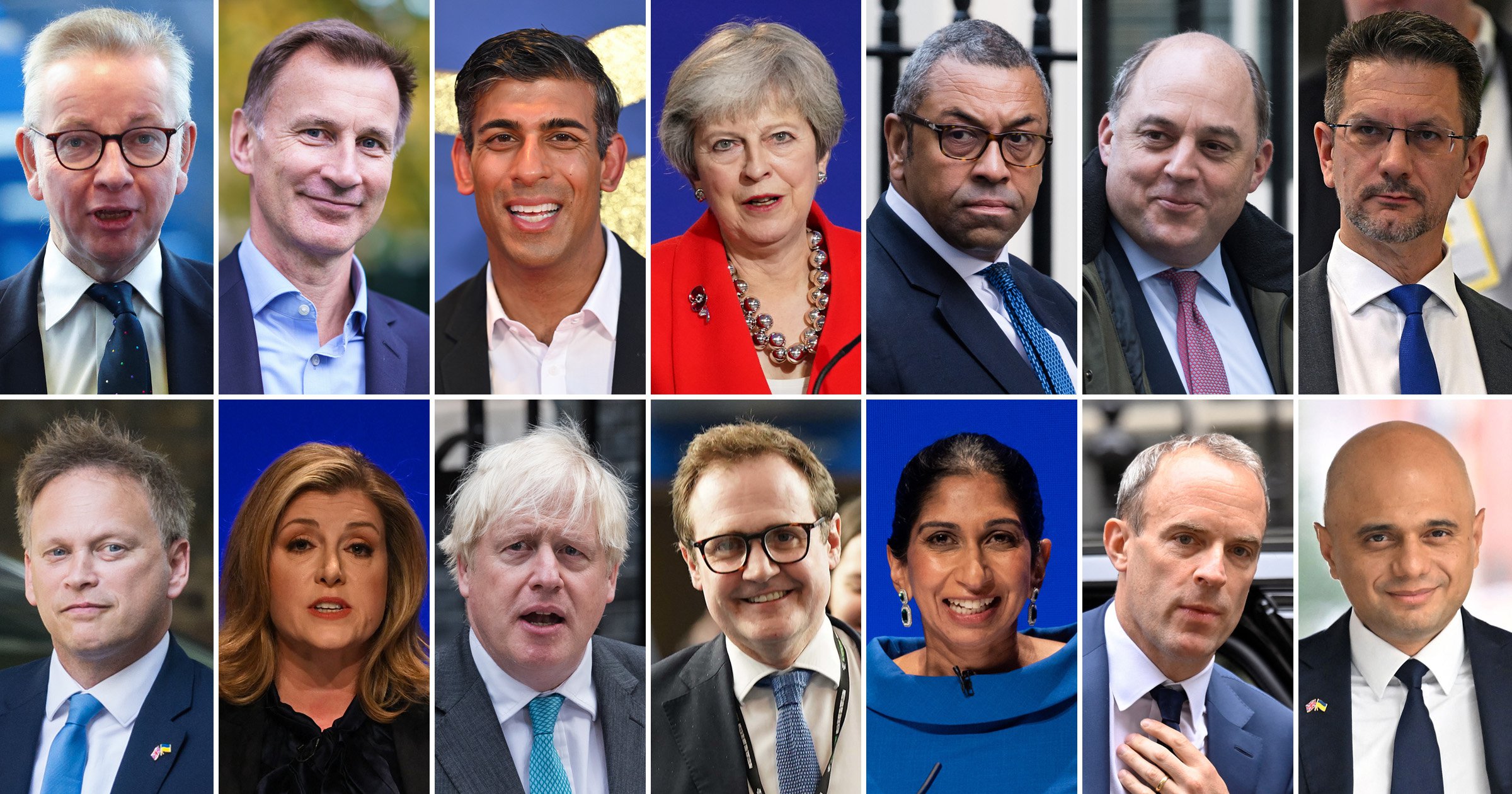 Conservative Party MPs are expected to soon start throwing their hats into the ring to replace Liz Truss, who was in power for just 44 days.

Whoever takes on the role would be Britain’s fifth prime minister in just over six years and is likely to face the now infamous ‘lettuce test’ of survival in the job.

What we know is that this is set to be the fastest turnover in new occupants of Number 10 for almost a century.

No official announcements have yet been made but some contenders could even recycle old election slogans and promises – old as in last month’s.

Judging by the scale of Ms Truss’ chaotic announcement this afternoon, anything is possible.

Disgraced former leader Boris Johnson and Rishi Sunak are both expected to make a run for the cursed post.

The ex-chancellor – although that could be anyone these days – is the bookies’ 11/10 favourite to be the next Tory leader.

Liz Truss has stepped down as Conservative Party leader and UK Prime Minister after just 44 days. So what happens next?

– Liz Truss’ speech in full after resigning as Prime Minister

– Will the new Prime Minister be elected by the public?

– Boris Johnson and Rishi Sunak to go head to head

– Pound rises against the dollar after Liz Truss resigns

He is closely followed by Penny Mordaunt, according to the latest polls by Betfair.

Earlier today, the MP insisted she will ‘keep calm and carry on’ as she was teased about her leadership ambitions.

Moments after Ms Truss’ resignation, a Twitter account called Penny Mordaunt for PM posted a picture of the MP along the words ‘only Penny can win us the next general election’.

But an official announcement about her election campaign – or anyone else’s – is still to be made.

Meanwhile, Jeremy Hunt has ruled out standing again as party leader having lost to Mr Johnson in 2019 and only securing 18 pitiful votes when he stood this year.

In an interview with the BBC on Sunday, he stated he would not run a third time.

‘I think having run two leadership campaigns and, by the way, failed in both of them, the desire to be leader has been clinically excised from me,’ the politician said.

But Mr Hunt is himself facing an uphill battle after being appointed the country’s fourth chancellor in four months last Friday.

Speculation is mounting over other contenders, including defence minister Ben Wallace and Suella Braverman, who resigned – or was sacked – as home secretary only yesterday.

Ms Truss, who will remain in office until then, said about her decision to resign: ‘I came into office at a time of great economic and international instability.

‘Families and businesses were worried about how to pay their bills. Putin’s illegal war in Ukraine threatens the security of our whole continent.

‘And our country has been held back for too long by low economic growth.

‘I was elected by the Conservative Party with a mandate to change this – we delivered on energy bills and on cutting national insurance.

‘And we set out a vision for a low-tax, high-growth economy that would take advantage of the freedoms of Brexit.

‘I recognise though, given the situation, I cannot deliver the mandate on which I was elected by the Conservative Party.’