Queen Elizabeth II’s official birthday celebrations have been stripped back for a second year due to the pandemic. Trooping the Colour usually consists of a spectacular parade through central London which members of the Royal Family gather to watch from Buckingham Palace’s balcony. But this year only one relative will be at the 95-year-old Queen’s side – the Duke of Kent.

A Buckingham Palace statement about this year’s pared-back Trooping the Colour confirmed the Duke of Kent would join the Queen.

The statement read: “The Queen will view a military parade in the Quadrangle of Windsor Castle to mark Her Majesty’s Official Birthday, on Saturday, June 12.

“The parade will be held by the Household Division, and The Queen’s Colour of F Company Scots Guards will be trooped.

“His Royal Highness The Duke of Kent, Colonel, Scots Guards, will accompany The Queen.” 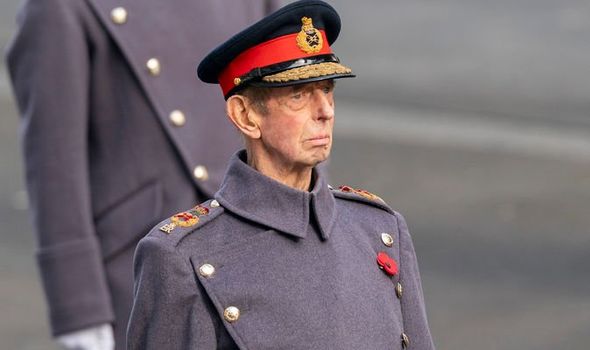 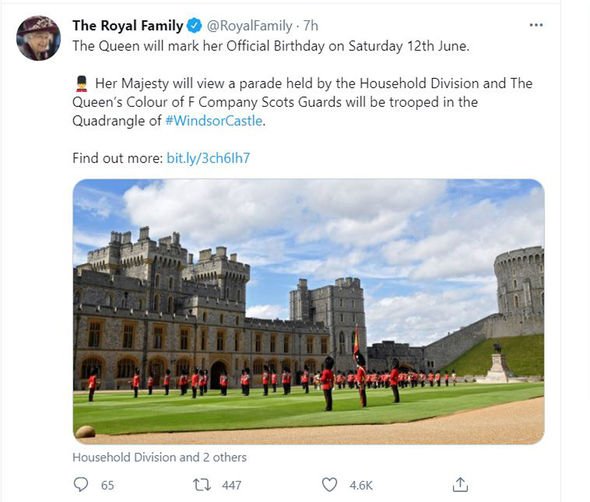 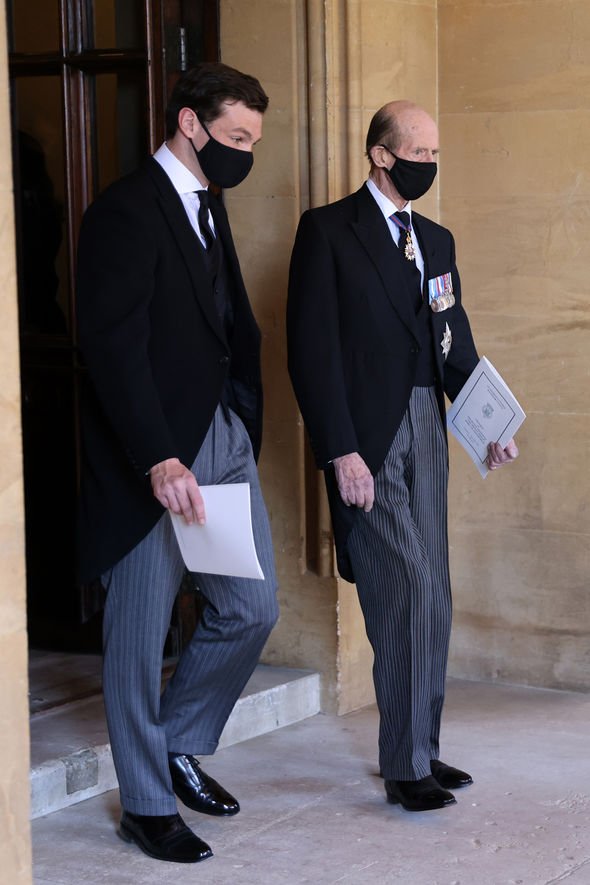 The statement added: “The parade will be led by the Foot Guards, who will be joined in the Quadrangle by The King’s Troop Royal Horse Artillery and the Household Cavalry Mounted Regiment.

“Music will be played by a Massed Band of the Household Division, which will include 1st Battalion Scots Guards Pipes and Drums.

“Upon The Queen and The Duke of Kent’s arrival in the Quadrangle, Her Majesty and His Royal Highness will be greeted by a Royal Salute, and the National Anthem.

“The parade will commence with the Musical Troop as the Band plays.”

The statement added: “The Colour will then be trooped through the ranks, and the parade will conclude with a second Royal Salute.

“The King’s Troop Royal Horse Artillery will then fire a 41 Gun Royal Salute, to mark Her Majesty’s Official Birthday, from the East Lawn at Windsor Castle.”

Who is the Duke of Kent?

Prince Edward, the Duke of Kent, 85, is the Queen’s first cousin.

His father, Prince George, was the Queen’s uncle.

The Duke of Kent is also Edward’s first cousin once removed, as well as a second cousin of Prince Philip, Duke of Edinburgh via his mother, Princess Marina of Greece and Denmark.

Prince Edward is 39th in line to the throne but still carries out royal duties on behalf of the crown including more than 60 overseas tours.

The Duke of Kent was among the 30 guests at Philip’s funeral in April and is a much-loved member of the Royal Family. 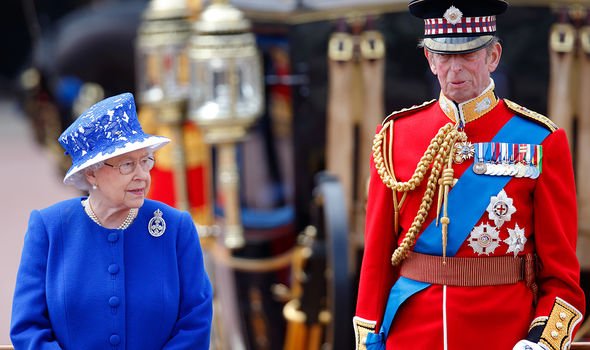 While the low-key royal is less high-profile than some members of the monarchy, the Palace’s official Twitter account often shares updates about his work.

The Duke is married to Katharine, Duchess of Kent, 88, and they have four children.

They currently live at Wren House in the grounds of Kensington Palace, but their office is at York House in St. James’s Palace.