Competition to be the next British prime minister was rife even before Theresa May’s resignation. 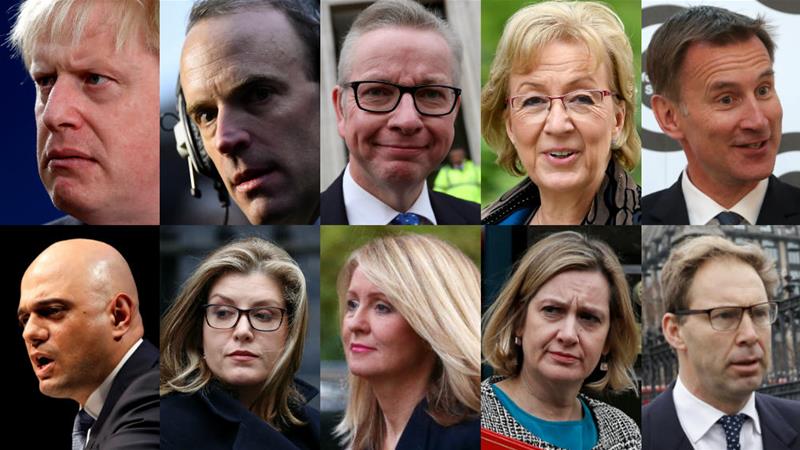 The starting gun in the race to replace Theresa May as leader of Britain’s Conservative Party was fired as she resigned on Friday morning.

But, in truth, a few of the frontrunners had gotten a head start, declaring their candidacy weeks before the prime minister stepped down amid Brexit chaos.

The job comes with late nights, few holidays and a working environment that makes Game of Thrones look like The Joy of Painting with Bob Ross. May’s replacement will face having to arrange a British withdrawal from the European Union in some kind of orderly manner, or risk crashing out with a “no-deal” Brexit.

The British parliament may have voted against “no-deal” several times, but it remains the legal default for what will happen on October 31. When the EU granted a six-month extension to Article 50 in March, European Council President Donald Tusk told British politicians “please do not waste this time”.

And so, with five months to go to the Brexit deadline, Britain’s governing Conservative party is holding a leadership election. Realistically, one of the new leader’s first jobs is going to be asking the EU for another extension to Article 50.

May’s successor will face the same parliamentary arithmetic that prevented her from governing with a majority, along with a public which is, to put it politely, disenchanted with Brexit, the way Brexit is being delivered, and British political leadership as a whole. 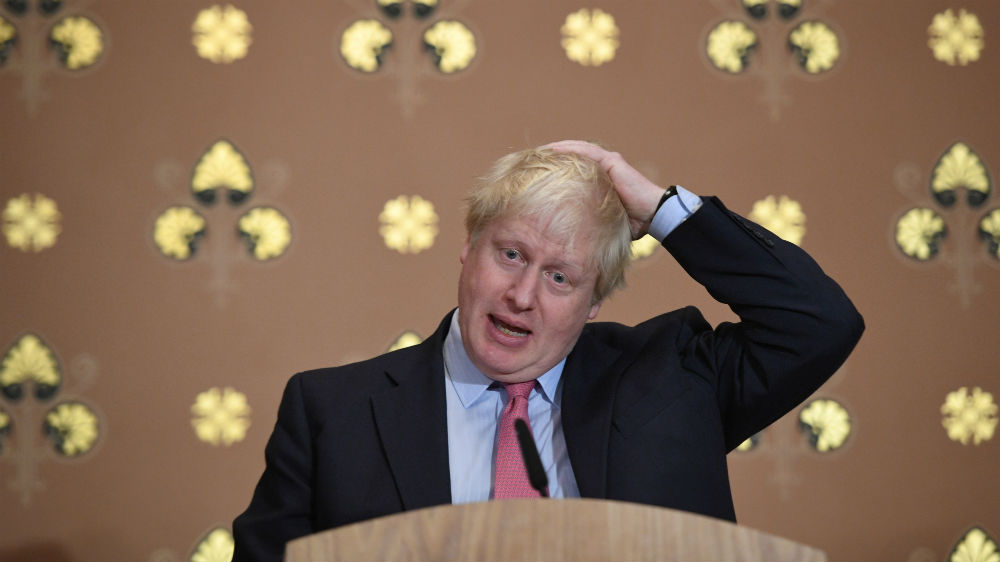 The mop-haired larger-than-life former foreign secretary is known in Britain simply as “Boris”, no surname necessary. He has cultivated a reputation as a befuddled and bemused character on TV political comedy quiz shows, but is also fond of showing off his extensive education.

He is rarely far from cracking a joke in Latin, and few are in any doubt as to his intellect and linguistic agility. His experience in government’s top jobs is limited, and he infamously staged a photoshoot for his resignation as foreign secretary, though he did serve two full four-year terms as mayor of London.

His gaffes are frequent, and while usually inconsequential, his misleading comments about Nazanin Zaghari-Ratcliffe’s purpose in visiting Iran saw the British-Iranian mother, jailed by Tehran, hauled before a court where his remarks were used as “proof” she had been engaged in “propaganda against the regime”.

He is a “hard Brexiteer”, having first made his name as a Europe correspondent. Sacked by The Times for making up a quote, he became Brussels columnist for the Conservative-leaning Daily Telegraph, where he became “one of the greatest exponents of fake journalism”, according to former EU external affairs commissioner Chris Patten.

He has also used outright bigotry in his writing, using the words “piccaninnies” with “watermelon smiles” when referring to Africans. He has referred to gay men as “tank-topped bumboys” and insinuated that President Barack Obama had an “ancestral dislike” for Britain due to his being “part-Kenyan”.

At 5/4, he is the bookmakers’ favourite. 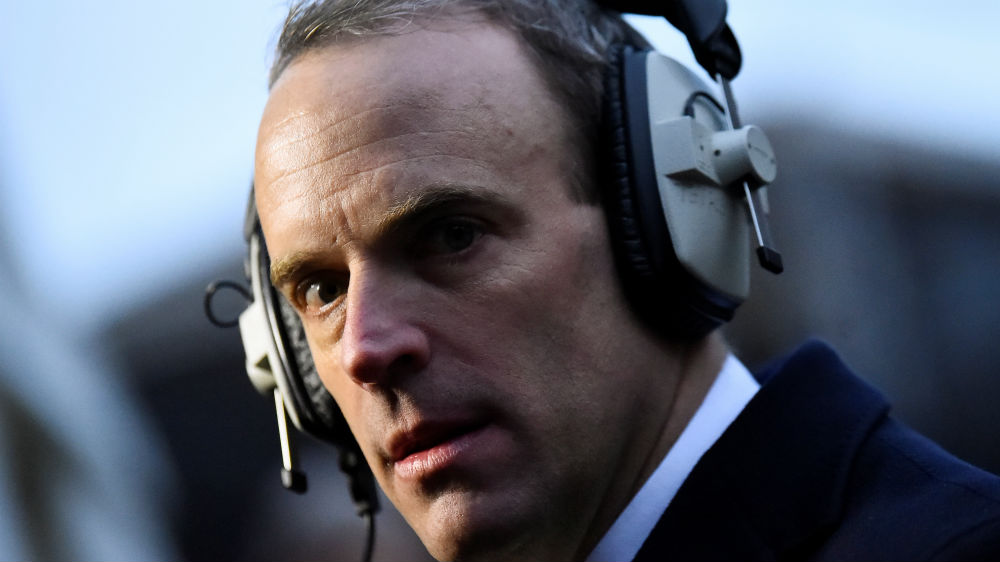 An MP since 2010, Dominic Raab was a principal architect of the withdrawal agreement, yet the day after it was presented to the cabinet, he resigned as Brexit secretary, saying he could not support the deal.

A staunch Brexiteer, he sits further to the right of Boris Johnson and is his main rival for the top job. He is himself not immune to Boris-style gaffes, famously stating (while still Brexit secretary negotiating with the EU) that he had not, until that point “quite realised the full extent” to which Britain was dependent on the Dover-Calais English Channel crossing route. About 17 percent of the UK’s entire trade, worth around $150bn, uses the shipping route.

A black belt in karate, bookmakers are offering 4/1 on him becoming next Tory leader. 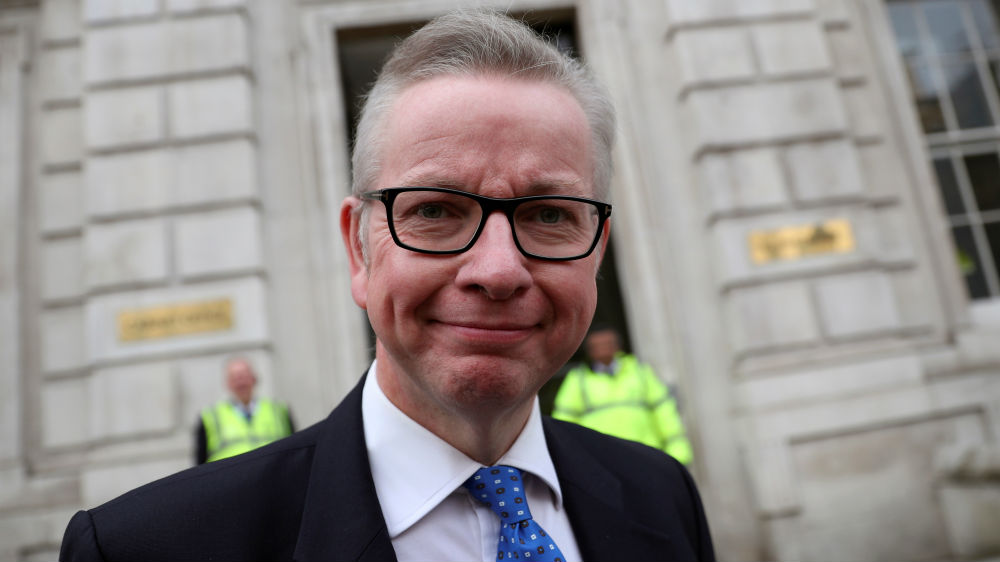 Michael Gove, formerly a staunch ally of Boris Johnson, competed in the last Tory leadership election, having stabbed Boris in the back. Gove announced his own candidacy the morning his friend was due to launch his campaign, saying he did not think Johnson was up to the job.

As education secretary, Gove won few friends among teachers, infuriating many with reactionary proposals including arcane grammar standards, and sending copies of the King James Bible to all schools in the country.

He has found praise for his more recent work as environment secretary, banning microbeads in a bid to protect marine life.

A staunch neo-conservative, he is a firm advocate of the privatisation of public services and has called for the National Health Service to be dismantled. He is currently at 10/1 to become next Conservative leader. 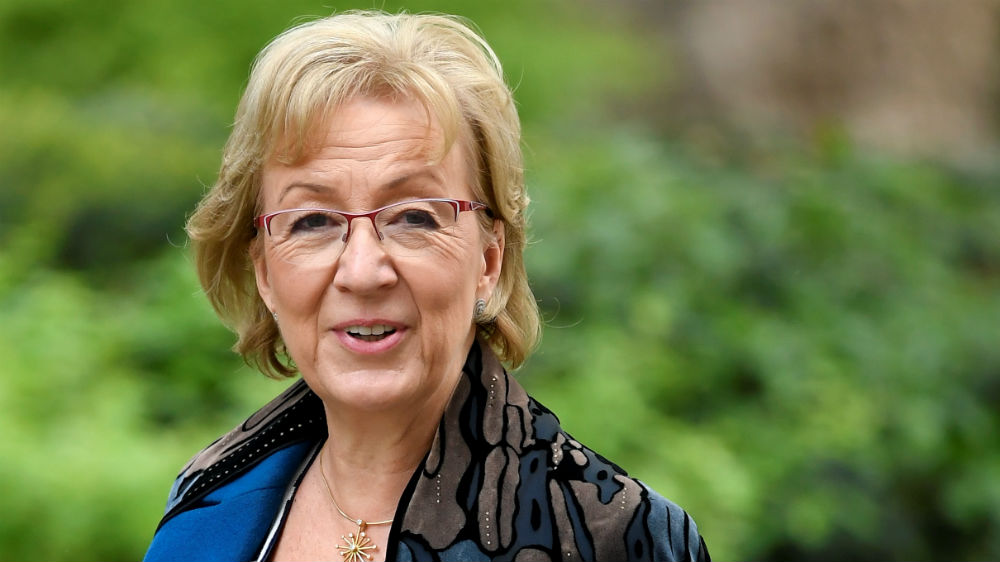 The former Leader of the House of Commons, Andrea Leadsom came second to Theresa May in the 2016 leadership competition, pulling out to allow May to take power unopposed.

She came under fire during that bid for the top after suggesting being a mother made her a better candidate than Theresa May, who has no children.

A former banker and prominent Brexiteer, she argued that Bank of England governor Mark Carney had destabilised markets with his doom-laden predictions of the potential fall-out of a “no-deal” crash out of the EU.

When Minister of State for Energy, she ended subsidies for onshore wind farms and opposed European targets for renewable energy. Previously, as a junior treasury minister, she was criticised for receiving a donation of nearly $90,000 from a family-owned business, which had been routed through the British Virgin Islands tax haven.

At 10/1, she is tied with Michael Gove as joint third favourite. 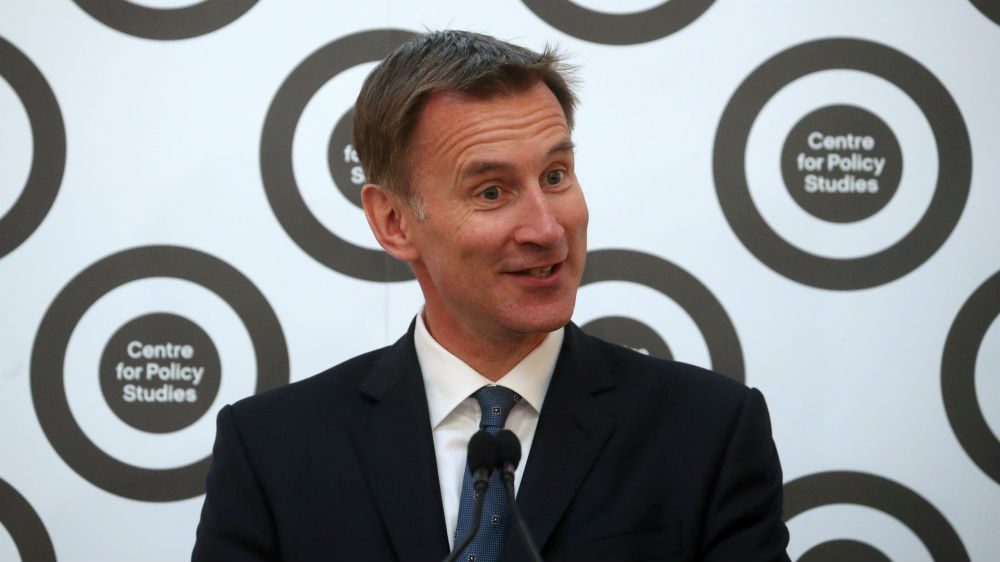 The most controversial health secretary in recent memory, Jeremy Hunt oversaw the imposition of a new junior doctors’ employment contract after negotiations with unions broke down. Such was the discontent, doctors went on strike – the first such industrial action in 40 years. He also refused to award nurses a one percent pay raise.

Hunt has also faced criticism over his failure to declare part-ownership in a property company. It was revealed he bought a series of luxury apartments thanks to a substantial discount from a property developer who was a major Conservative party donor. A spokesman said at the time it was “an honest administrative mistake”.

As foreign secretary, Hunt has been a frequent supporter of Britain’s friendship with Saudi Arabia, particularly when Riyadh has come into criticism for its actions in the war in Yemen and the assassination of journalist Jamal Khashoggi. 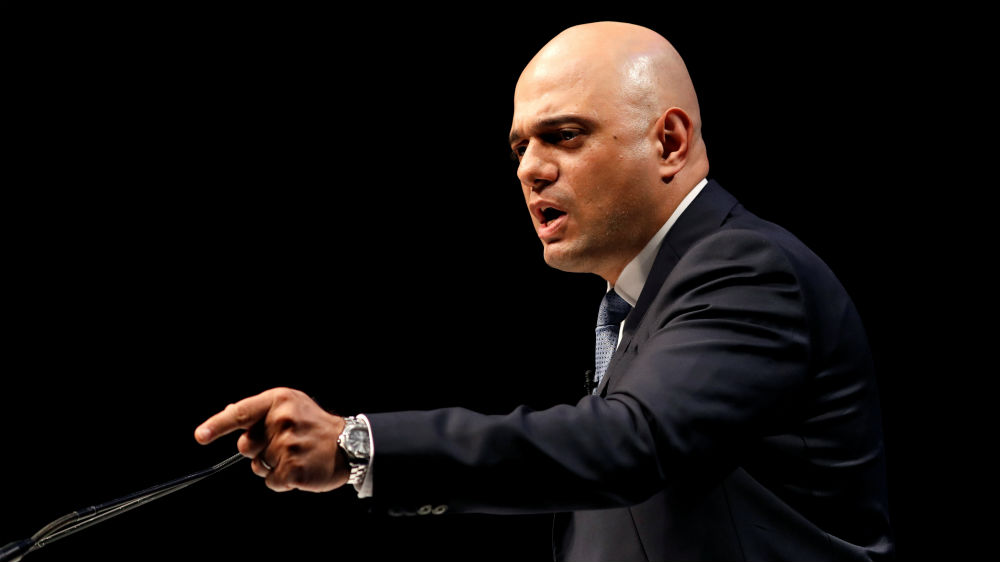 Home Secretary Sajid Javid is a second-generation migrant to Britain, whose parents came from Pakistan. As home secretary, he has presided over a crackdown on immigration, enforcing rules that, had they been in place, would have prevented his father from entering the United Kingdom.

He has described himself as a “reluctant Remainer”, being a Eurosceptic on the whole, while believing that Britain is better off as a member of the EU.

Bookmakers have him at 20/1, but he is far from an outsider. 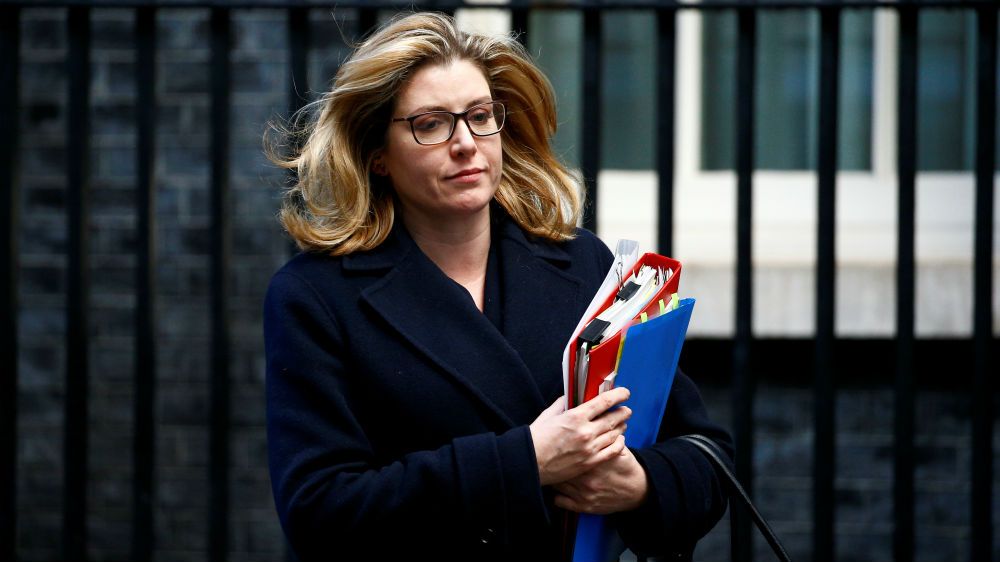 She was a high-profile campaigner for leaving the EU, falsely denying that Britain had a veto over Turkey’s potential membership during the campaign. She subsequently backed Andrea Leadsom in the 2016 leadership contest.

Mordaunt spent some time working as head of foreign media for George W Bush’s election campaign. Like Sajid Javid, she is also on at 20/1 at the bookmakers. 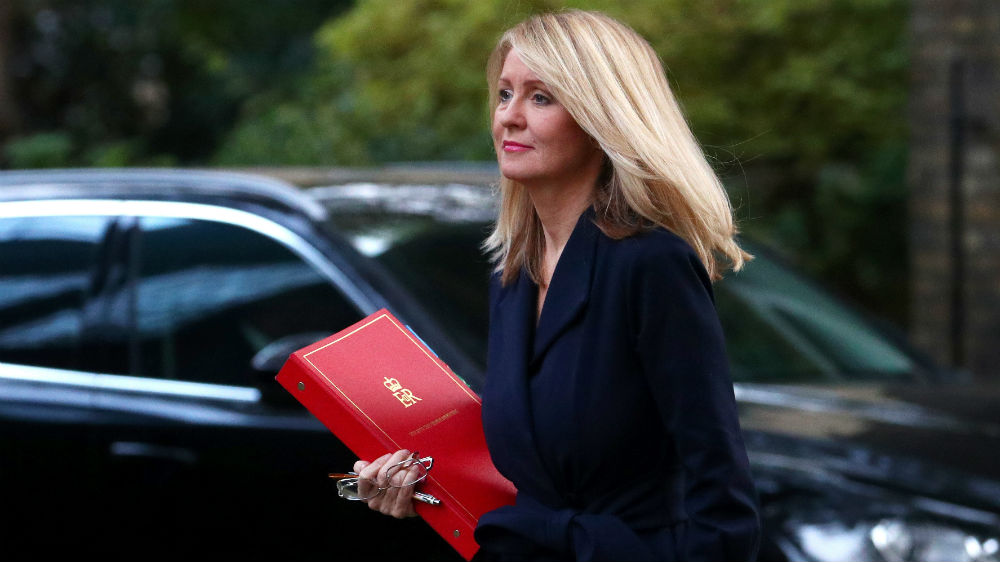 Former GMTV presenter Esther McVey is a backbench MP with previous government experience, having resigned as work and pensions secretary last November in protest at the way Brexit negotiations were being handled.

She was in charge of overseeing the problematic Universal Credit programme but was found to have misled parliament when stating the National Audit Office had recommended the acceleration of the rollout. The NAO had in fact recommended the scheme be paused.

She also sparked anger in March when claiming that impoverished families only used food banks because they “prioritised mobile phones over food”. She is currently 50/1 to be the next Conservative party leader. 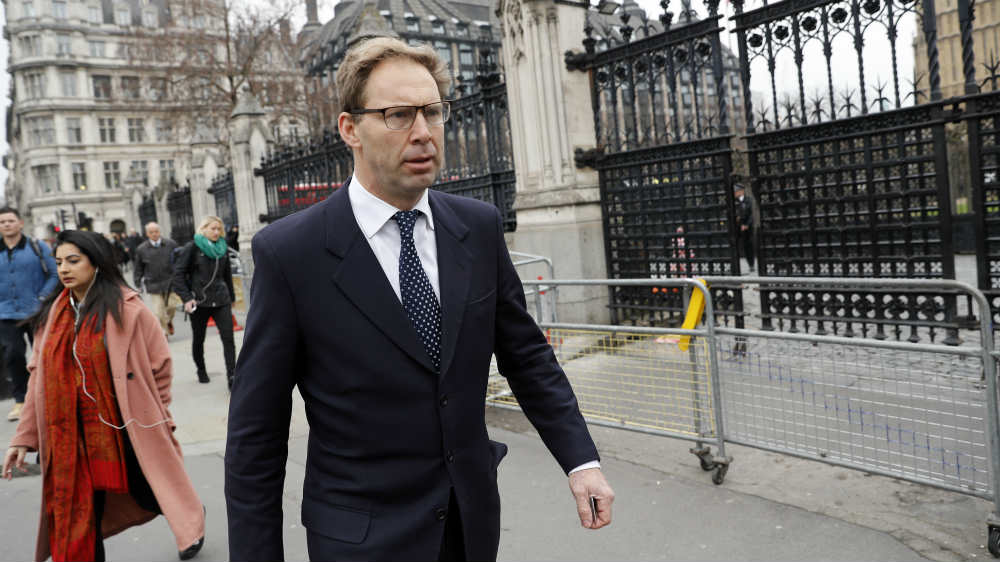 A junior minister in the Ministry of Defence, and a former captain in the Royal Green Jackets, an infantry regiment of the British Army, Ellwood has been building government experience in one of the most influential departments.

Popular among party grandees, he was not mentioned in the infamous “Tory sex dossier”, which detailed salacious allegations against 36 prominent Conservative figures.

But Ellwood came to public prominence during the 2017 attack on parliament, in which a man drove a car into pedestrians, killing four and injuring more than 50, before jumping out and stabbing a police officer guarding the entrance to parliament.

As alarms rang and MPs were ushered to safety, Ellwood ran to the scene and delivered CPR to the police officer in an attempt to save his life. Photos were shared on social media of the MP covered in the blood of the dying police officer, and headlines called him a “hero”.

He is a definite outsider in the race to be next Conservative leader, with odds of 100/1.