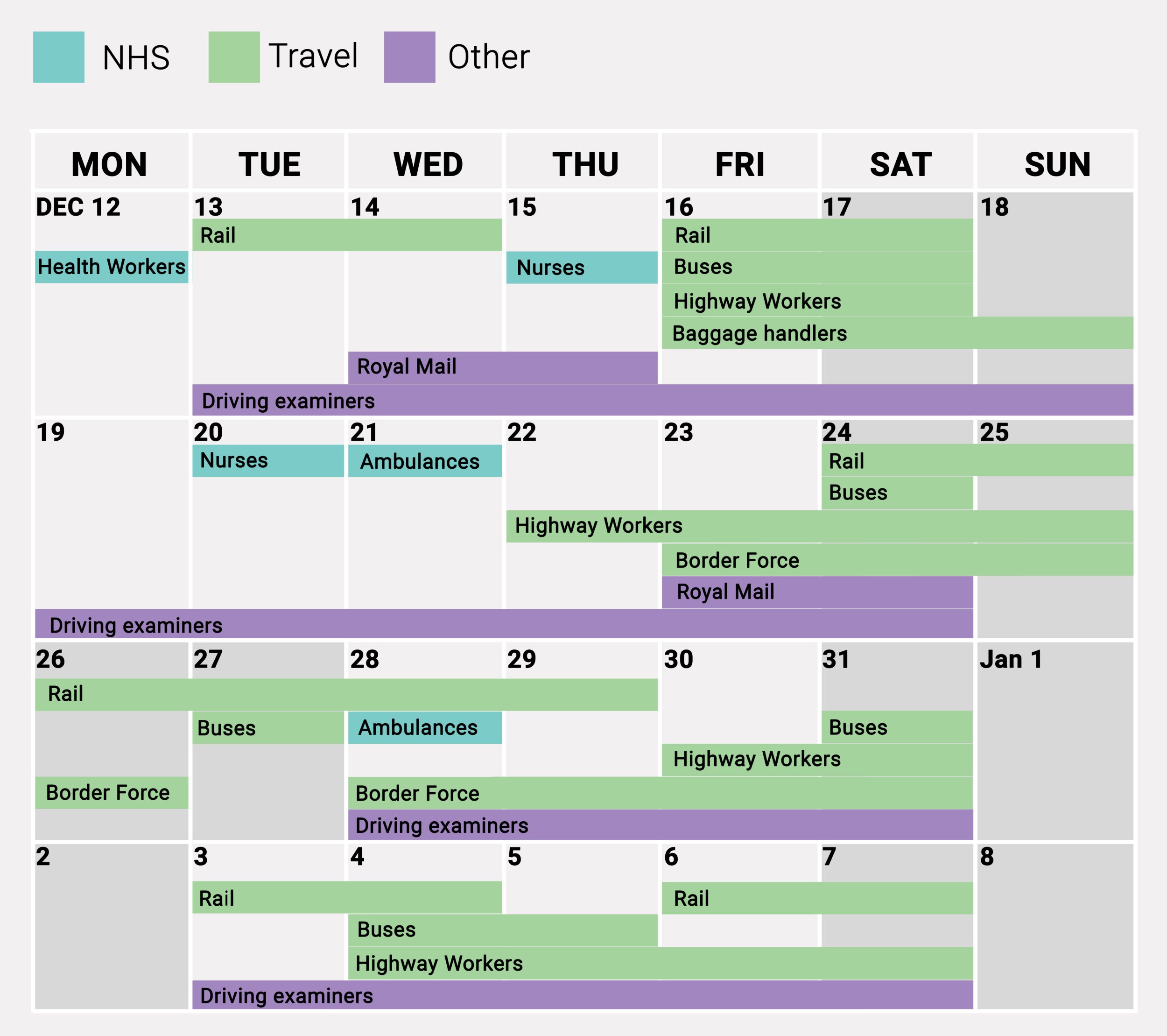 Much of the UK is without train travel today as a rail strike enters its second day.

Workers from the Rail, Maritime and Transport union (RMT) downed tools for 48 hours yesterday over a long-running pay and conditions dispute with the government, Network Rail and franchise operators.

The union’s leader Mick Lynch said he believes an agreement which would bring industrial action to an end is ‘achievable’.

He has previously accused Number 10 and the transport department of forbidding rail employers from offering improved terms.

The government, which also reiterated its refusal to negotiate with nurses yesterday, is concerned a large pay deal for one sector could trigger a wave of rises which would contribute to keeping inflation high.

A separate rail strike by members of the TSSA is continuing today on the Avanti West Coast line.

Elsewhere, staff at the Driver and Vehicle Standards Agency are continuing with industrial action, as are National Highways workers in the North West, North East and Yorkshire.

Unite ground handlers at Heathrow are also continuing to strike.

Disruption from the rail strike will last well into Sunday because trains won’t be ready to begin the normal timetable.

People are being advised not to travel at all on strike days and to expect significant disruption the following day, especially in the morning and early afternoon.

Nurses will walk out again on Tuesday unless a last-minute deal can be agreed on pay with the government.

While the RCN originally asked for a pay deal worth 5% more than inflation, leaders have signalled in recent days they would be willing to accept a lower offer.

Ministers have so far refused to budge on the pay award suggested by an independent body set up to calculate health sector wages.

Speaking to the BBC yesterday during a visit to Belfast, the prime minister said: ‘The health secretary has always been clear, the door is always open, that’s always been the case, but we want to be fair, reasonable and constructive, that’s why we accepted the recommendations of an independent pay body about what fair pay would be.’

Are you impacted by the strikes this weekend or taking part yourself? Get in touch with [email protected]