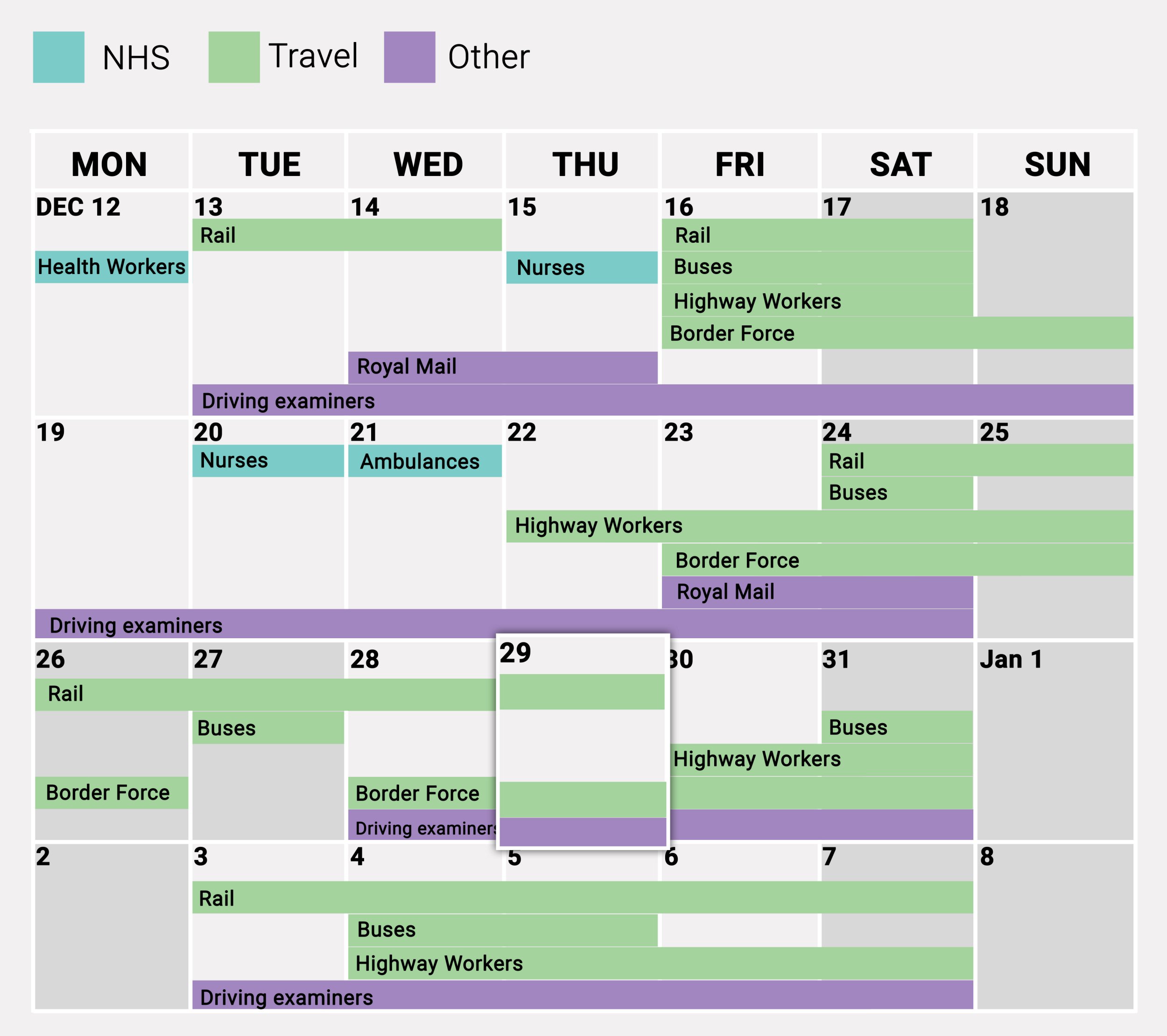 The Army has been drafted in to mitigate any potential disruption at six airports affected by strikes.

More than 1,000 Border Force staff belonging to the Public and Commercial Services union (PCS) are taking part in strike action over eight days of the festive period.

There had been warnings about major disruption to those travelling during the festive period.

However, queues appear to be minimal and airports are even running ‘better than usual’ in some areas.

Also on the strike advent calendar for December 29 are driving examiners.

Some driving tests might be affected – with people urged to check the Government’s website for more information.

The strike action is part of the wider national industrial action by the union over pay, pensions, jobs and redundancy terms.

Rail workers are still striking today as many people return to work after the festive break.

The RMT union has issued an overtime ban for its members across the railway network from December 18 to January 2.

As a result of the overtime ban, Chiltern Railways has urged customers not to travel on its services on 27 and 28 December.

The strikes means they don’t have enough staff in train maintenance locations to service and fuel the trains needed to run a normal timetable.

Potential disruption in other areas is likely to vary widely between regions and train operators.

Tomorrow will see a return of walk outs by bus drivers and highway workers, with similar industrial action expected as we enter January.