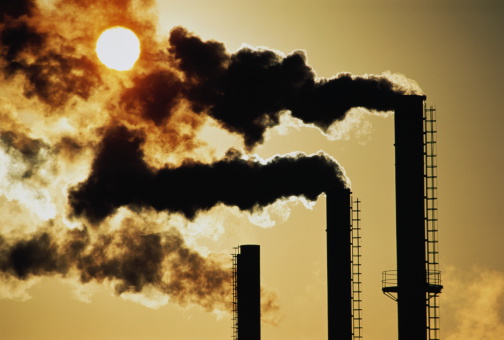 I have spent the vast majority of my life as a law-abiding citizen and conformist who dislikes upsetting people, complaining, or breaking rules.

I am a practicing GP and have worked in the NHS for over 30 years without a stain on my reputation.

But this Saturday, at 11am, I will sit alone, deliberately obstructing one carriageway of a local road in Birmingham.

This may be quite shocking for people who have known me over the years as a friend, colleague, fellow parent, or even as their GP; indeed the fact that I will deliberately break the law still shocks me. So, what has brought me to this point?

Along with more than 200 other people around the UK who will sit down in roads at the same time, I am sounding an increasingly desperate alarm about the unfolding catastrophe that is the climate and ecological crisis and protesting the woeful inertia of our elected leaders in taking the action needed to protect us and future generations from its effects.

Exactly two years ago, Parliament declared an environment and climate emergency, yet I have seen nothing to suggest an emergency footing since, or anything other than the ‘business as usual’ mindset continuing.

Over the years, I’ve supported Greenpeace and other environmental organisations, and my instinct is to protest politely, hand out leaflets, sign petitions, use my professional status to educate, to pressure and to minimise my personal carbon footprint.

Sadly, these approaches have been diligently applied by environmentalists for decades with minimal progress in what really matters – halting net greenhouse gas emissions with what should now be extreme urgency.

Last week, the UK Government announced a plan to cut emissions by 78% by 2035 compared to 1990 levels, as part of their net zero by 2050 pathway. If, as this suggests, we did have 30 years or so to play with, then I would not need to break the law.

The truth is that we have nothing like that amount of time before we cross thresholds that lead to crop failures, water shortage, extreme weather events, and the disease, socio-economic breakdown and armed conflicts that follow – just as we see playing out in other parts of the world already experiencing the effects of climate breakdown.

I don’t know if nonviolent civil disobedience will succeed in averting the disaster we are speeding towards, but for now I see no better option

As a doctor, I fear further health emergencies that will come due to rampant ecological destruction and soaring pollution levels in our cities. The climate crisis is, after all, a health crisis – and our health and the Earth’s health are intrinsically linked.

Sir David King, the former Chief Scientific Adviser to the Government, along with other top scientists, wrote to Boris Johnson just two months ago warning that we need to reach net zero by around 2030.

Even if the government’s aim of doing so by 2050 was an adequate target, we are far off track – the National Audit Office predicted in December last year that the Government will fail to meet existing targets, and needs to radically reassess priorities.

And why should we believe a word the Government says anyway, when they continuously make bold promises without presenting any plan for how they’ll achieve them? Actions speak louder than words, and our Government shows its true colours when pressing for a third runway at Heathrow airport, axing the green homes grant scheme and pouring £27bn into roadbuilding.

Instead, I suspect an acceptance that bodies will pile high in the not-so-distant future because it is too politically painful in the present to be honest with us about the situation we are in, or to even face the reality themselves and accept the extent of what needs to be done.

We will all pay a price for this cowardice and dereliction of duty, but the burden will fall heaviest upon the young and those in frontline communities in the Global South, whose chances of happiness and a hopeful future are slipping away day by day.

I do not relish the anger, upset and disruption that my actions this weekend will cause to members of the public going about their day, and I wish that instead, I will be able to enjoy the bank holiday weekend with my family.

I don’t know if nonviolent civil disobedience will succeed in averting the disaster we are speeding towards, but for now I see no better option.

My hope is that people who dislike or are angered by what I will do today won’t take my word for it, but will look into what people like Sir David King are saying and make a judgement for themselves on the urgency of the situation.

As a citizen, a mother, a doctor and a moral human being, I have to try something.

I can no longer be a bystander and watch as my children’s future unravels, or have no answer when they say ‘Mum, you knew… why didn’t you do something?’

Extinction Rebellion is an international movement that uses non-violent civil disobedience in an attempt to halt mass extinction and minimise the risk of social collapse.