The statue has been unveiled by Princess Diana’s two sons, Prince Harry and Prince William, who commissioned the project in her memory four years ago. The statue is located in the Sunken Gardens on the grounds of Kensington Palace, a favourite spot of the Princess of Wales. Kensington Palace confirmed that a small group of people attended the unveiling, including the two bothers, Diana’s close family and those involved in the planning and erection of the statue.

A spokesperson for the Palace said ahead of the event: “Prince William and Prince Harry will attend a small event to mark the unveiling of a statue they commissioned of their mother, Diana Princes of Wales, in the Sunken Garden at Kensington Palace on Thursday, July 1.

“In addition to close family of Diana, Princess of Wales, members of the statue committee, the sculptor, Ian Rank-Broadley, and garden designer Pip Morrison, will also be present.”

The Princess of Wales’ sister, Lady Sarah McCorquodale, was a member of the six-strong committee tasked with commissioning and privately raising funds for the creation of the statue.

Alongsider her was Julia Samuel, a godparent of Prince George who was a very close friend of the late Princess. 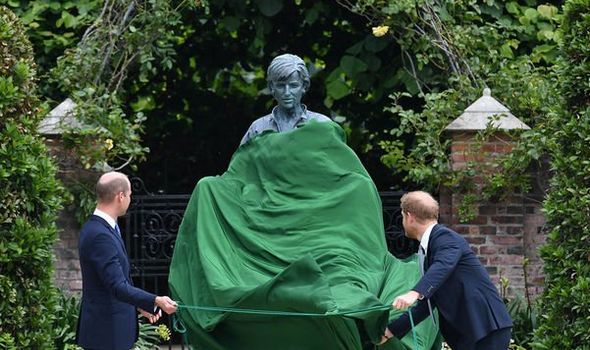 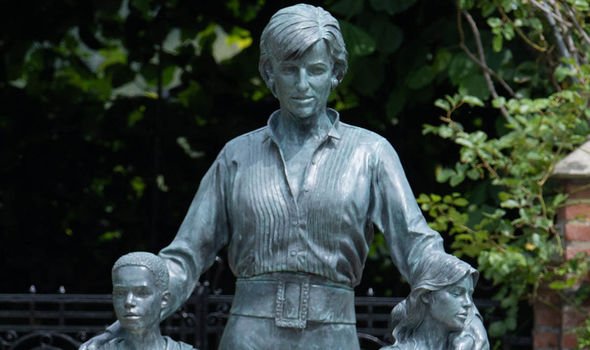 Prince Harry, who has not appeared in public alongside his brother since Prince Philip’s funeral, arrived in the UK last Friday.

After isolating for five days at his Frogmore Cottage home, the Duke of Sussex was finally able to step out on Wednesday.

The statue was unveiled this afternoon, with the Duke of Cambridge and Prince Harry publicly paying tribute to their mother.

In a joint statement, the brothers said: “Today, on what would have been our mother’s 60th birthday, we remember her love, strength and character – qualities that made her a force for good around the world, changing countless lives for the better. 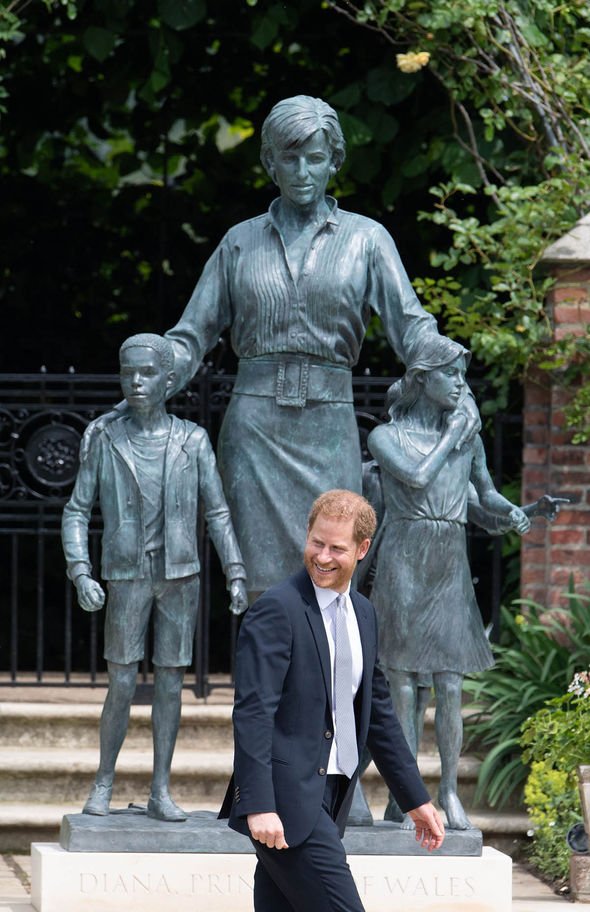 “Every day, we wish she were still here with us, and our hope is that this statue will be seen forever as a symbol of her life and her legacy.

“Thank you to Ian Rank-Broadley, Pip Morrison and their teams for their outstanding work, to the friends and donors who have helped make this happen, and to all those around the world who keep our mother’s memory alive.”

The two brothers put on a united front for the special day after a tumultuous few months in their relationship.

The statue of the princess shows her surrounded by three children, and depicts Diana in the later years of her life.

DON’T MISS
Queen ‘proved Meghan and Harry wrong in four minutes’ [INSIGHT]
Prince Harry at ‘heart of cancel culture’ rants Janet Street-Porter [ANALYSIS]
‘She would have had issues with it’: Princess Diana’s friend on ageing [EXPERT] 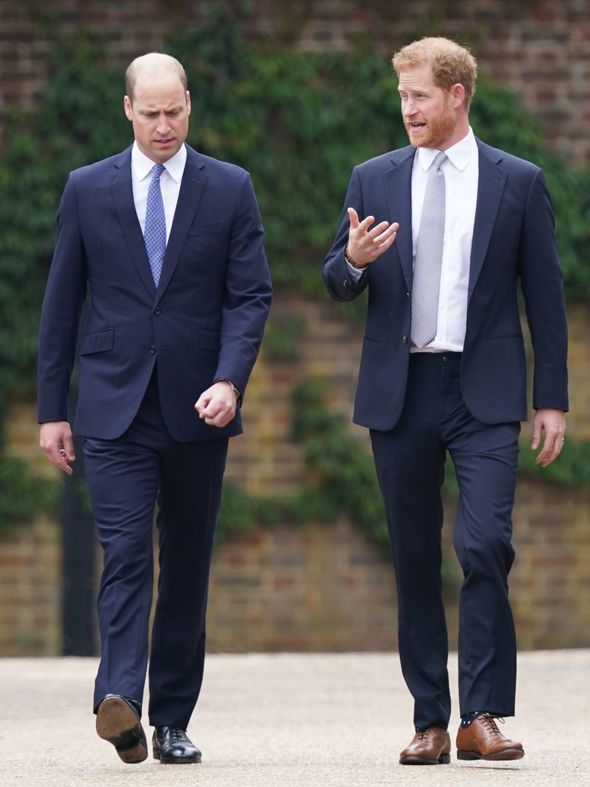 Why is the Princess Diana statue unveiling not on TV?

As is believed, the unveiling wasn’t televised for social distancing reasons amid the ongoing pandemic.

The ceremony was originally due to have more than 100 guests in attendance, but this too was scaled back in the wake of the pandemic.

Restrictions due to be eased on June 21 were pushed back four weeks until July 19, meaning there are still rules and regulations in place around congregating numbers even in outdoor settings.

Prince Charles, it is understood, didn’t attend this afternoon’s ceremony, with a source telling The Times he opted to skip it for fear of reopening “old wounds”.

Kate, Duchess of Cambridge didn’t attend either, while Prince Harry flew to the UK without his wife, Meghan Markle.

While royal fans may be disappointed the event wasn’t televised, the Palace has made the option available for commemorators to see the statue in real life.

The sculpture will be on display in the Sunken Gardens of Kensington Palace, which is also home to monuments of King William III and Queen Victoria.

Members of the public will be able to go and see it from Friday, July 2.