The Queen has travelled to Scotland with other members of the Royal Family to complete engagements in Scotland this week. And today, the Queen took part in the traditional Ceremony of the Keys accompanied by Prince Edward and Sophie, Countess of Wessex, who are known as the Earl and Countess of Forfar while in Scotland.

Why do Sophie and Edward’s titles change in Scotland?

Prince Edward was given the Earl of Wessex title in 1999 following his marriage to Sophie Rhys-Jones, and the pair has since been known as the Earl and Countess of Wessex.

Coinciding with Edward’s 55th birthday, a statement from Buckingham Palace confirmed the Queen had granted her youngest child a new title in 2019. It read: “The Queen has been pleased to grant The Earl of Wessex the additional title of Earl of Forfar.”

Are there other Scottish royal titles?

Several members of the Royal Family use different royal titles while visiting Scotland.

Prince Charles and Princess Anne will also be taking part in engagements in Scotland this week on behalf of the Queen, but Charles is not known as the Princes of Wales there.

Charles and his wife Camilla, Duchess of Cornwall are known as the Duke and Duchess of Rothesay in Scotland.

The Queen’s third child Prince Andrew no longer completes royal duties on behalf of the Queen, but he is known as the Earl of Inverness when he visits Scotland.

Prince William and Kate, Duchess of Cambridge are known as the Earl and Countess of Strathearn in Scotland.

Prince Harry and Meghan, Duchess of Sussex hold the Scottish titles of Earl and Countess of Dumbarton.

The Queen’s cousin Prince Edward, Duke of Kent, is also the Earl of St Andrews, but this title is used by his eldest child George.

DON’T MISS:
Queen Letizia and Jill Biden elegant as they step out in Madrid [PICTURES]
Kate and William’s Windsor move ‘rushed’ after Harry’s interview [ANALYSIS]
Sophie stuns in green dress and chic hat with the Queen in Scotland [INSIGHT] 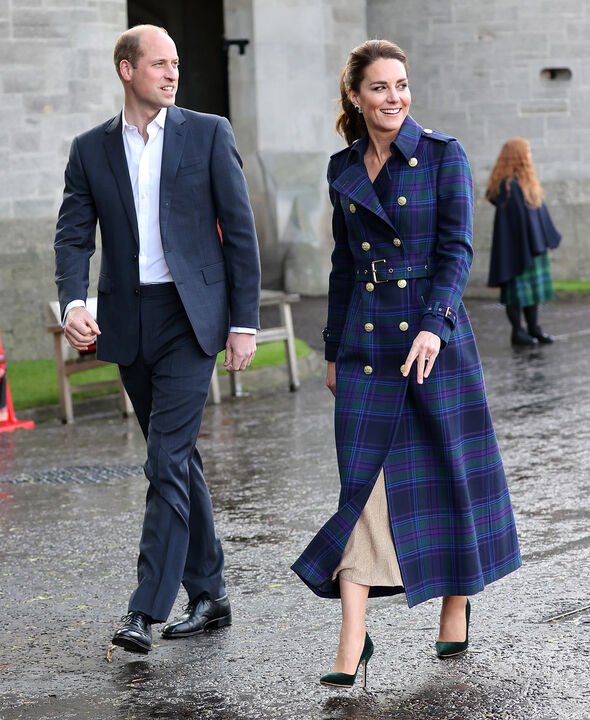 Are there other royal titles for elsewhere in the UK?

Many members of the Royal Family hold Northern Irish titles, including Prince William and Prince Harry, who are known as Baron Carrickfergus and Baron Kilkeel, respectively.

Prince Charles is sometimes referred to as the Duke of Cornwall while visiting South West England, and he has held the title since the Queen ascended the throne in 1952.

On the Isle of Man, the Queen is known as Lord of Mann, and in Lancaster, she is sometimes known as the Duke of Lancaster, a historic title that has been held by the reigning monarch for centuries.