Princess Anne was among several senior members of the Royal Family in attendance at this year’s Remembrance Sunday service at the Cenotaph. Royal watchers were quick to note Princess Anne did not stand among the female members of her family, but instead beside male royals including her brothers Prince Charles and Prince Edward and her nephew Prince William. So why exactly was she not standing with Queen Elizabeth II?

Members of the Royal Family paid tribute to soldiers who sacrificed their lives in conflicts today (November 8) at the annual Remembrance Sunday service at the Cenotaph.

The National Service of Remembrance was scaled back this year to ensure social distancing measures could be observed.

In addition, the service was closed off to the public for the first time in order to ensure public health and safety. 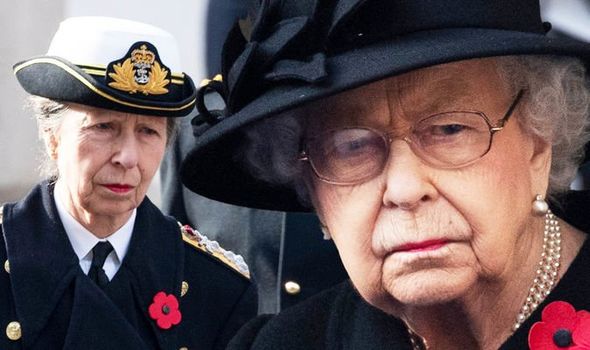 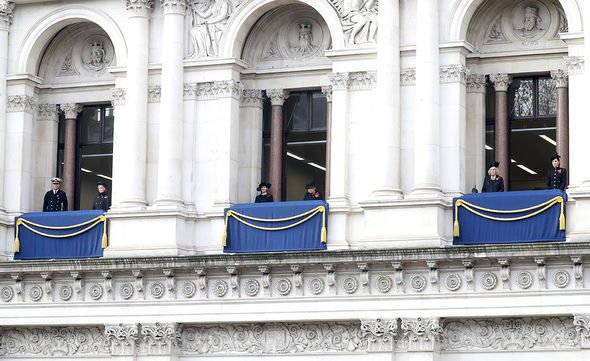 Today royal fans saw the Royal Family back together for the first time in several months.

The Queen, Kate, the Duchess of Cambridge, Camilla, the Duchess of Cornwall, Sophie, the Countess of Wessex and Princess Anne’s husband Vice Admiral Sir Timothy Laurence watched from the Whitehall balconies while the solemn service took place.

They watched as Prince Charles, Prince William, Prince Edward, Princess Anne and the Duke of Kent commemorated the fallen servicemen and women. 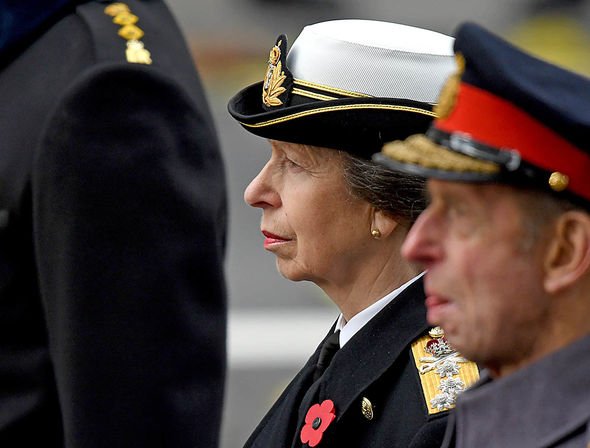 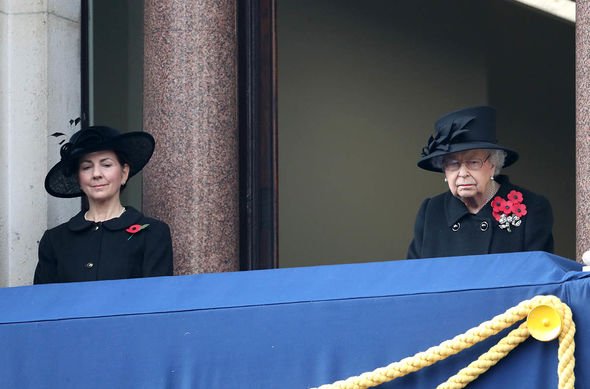 Why did Princess Anne not stand on the balcony with other female royals?

Since 2012, the Princess Royal has held the rank of Admiral but since 1974 Her Royal Highness has held the appointment of Chief Commandant of the Women’s Royal Naval Service.

This appointment was renamed Chief Commandant of Women in the Royal Navy in 1993, following the amalgamation of the Women’s Royal Naval Service into the Royal Navy.

On Remembrance Sunday, Princess Anne stands with other members of her family with official military titles to lay a wreath in honour of the Women’s Royal Navy service.

DON’T MISS
How Zara Tindall and Anne can spend time together in lockdown [PICTURES]
Where are Zara Tindall, Mike spending Lena and Mia for lockdown? [EXPLAINER]
Princess Anne ‘defied Palace authorities’ with own ceremony protocol [INSIGHT] 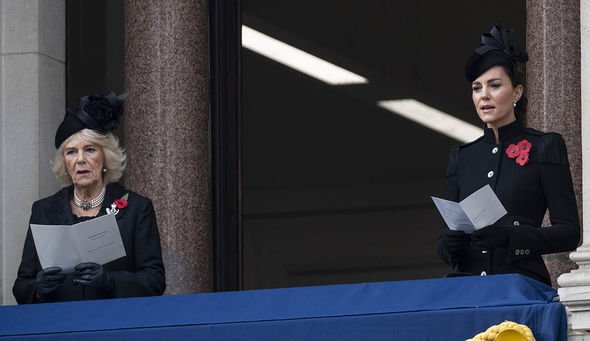 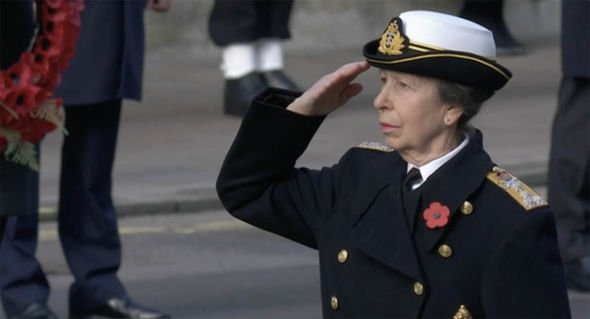 Anne was due to be promoted early this year, but it was deferred.

She was promoted in August to coincide with her 70th birthday.

Traditionally, senior royals are treated as military members and receive promotions as they get older.

In addition, Princess Anne’s position enables her to ride on horseback during the Trooping of the Colour parade, where many other royals instead ride in a carriage. 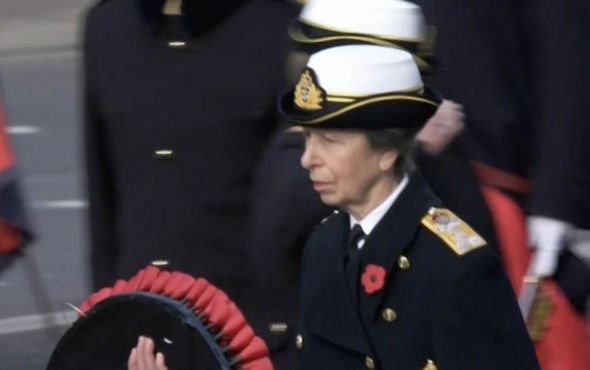 Other members of the Royal Family lay the following wreaths:

Each member of the Royal Family stood two metres apart from the one other as they shared a balcony.

But the Queen was standing two metres from a lady-in-waiting rather than another member of the Royal Family.

The reason for this was simply because the royals are grouped together in order of precedence.

Typically the Queen would have been beside Camilla and Kate, but with the current social distancing rules, it was impossible to fit all of the royals on one balcony.