So it’s surprising that we’ve had such a fraught relation with our closest continental neighbour over the last thousand years. Whether it’s English archers bringing down French knights, Wellington and Nelson standing up to Napoleon, Churchill’s handling of a difficult De Gaulle, or Macron trashing our Oxford Vaccine, it’s been a rocky ride. And now our gunboats are securing Jersey against angry French fisherman while Paris threatens to cut off power to the island. Why on earth is the country that should be our greatest friend our longest-standing foe?

In many ways, it can all be blamed on William the Conqueror. Until the Battle of Hastings in 1066, Anglo-Saxon England had been largely separate from continental affairs for several centuries since the Romans left.

The Norman duke believed he had been promised the English throne by King Harold and invaded Sussex to successfully reinforce that claim. By doing so, he ensured a succession of Anglo-French kings felt entitled to rule on both sides of the Channel.

For some time, almost half of France, including the wine-producing region of Bordeaux was ruled by English monarchs. Three of our most famous victories – Crecy, Poitiers and Agincourt – were fought to assert that claim.

But what really rankled, beginning that run of national humiliations for France, was that each of those battlefield triumphs was won by lowly English longbowmen bringing down the cream of French chivalry. French knights crashing into mud at the feet of English yeomanry was not a good look for a country that desired control over Western Europe.

England becoming a Protestant nation did not help either, as France was champion of the Catholic faith. 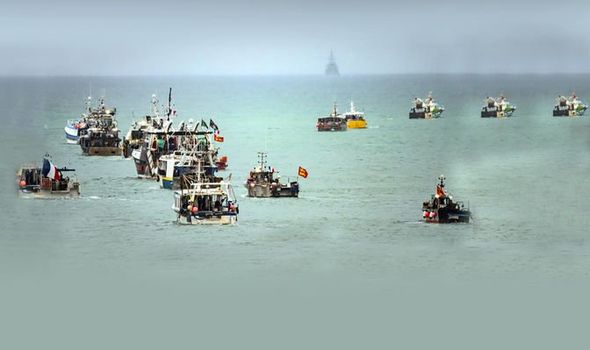 When Bonnie Prince Charlie tried to usurp the English crown from King George II, his Scottish clansmen were backed by French ­soldiers at the battle of Culloden.

In fact, French soldiers were placed at the rear with orders to shoot any Highlanders faltering in front of the British red line. So the 1745 Jacobite rising was a French-sponsored assault on the English throne, not a stirring of Scots nationalism.

One of the greatest threats to our freedom came in the form of French dictator Napoleon. Having conquered most of continental Europe, he wanted to teach our “nation of shopkeepers” – his phrase – a lesson. He imposed a strict economic embargo on Britain, forcing us to help the Spanish overthrow French dominion in the Peninsular War.

The Duke of Wellington won his spurs here and, having faced down French troops many times, he was in a brilliant position to deal the final blow to Napoleon at the battle of Waterloo. Many in France still venerate Napoleon – as Emmanuel Macron showed in his commemoration of the 200th anniversary of Bonaparte’s death this week – so that doesn’t exactly endear us. Even during the reign of Queen Victoria, when the Royal Navy ruled the waves, we still feared French invasion and so-called Palmerston fortresses are still dotted along our southern coast. 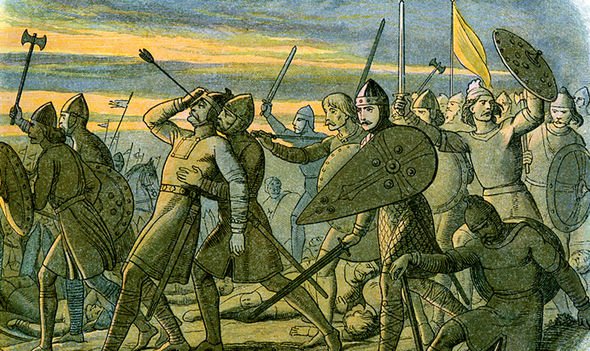 Worse was to come in the 20th century when France emerged from the First World War a fatally wounded nation. By the time Hitler directed German forces once more against them, they were in no fit state ­militarily or psychologically to resist the blitzkrieg onslaught of 1940.

The Free French under General Charles De Gaulle fled to Britain. But rather than being grateful for their refuge, De Gaulle proved a prickly and difficult ally. While in public, Churchill praised “his gallant band”, his irritation was revealed in a letter to King George VI. “De Gaulle is hostile to this country,” he wrote, explaining his “insolence may be founded on stupidity rather than malice.” Churchill stopped the general visiting one of the few remaining French overseas territories, saying: “I have vetoed this, as he would simply make mischief and spread Anglophobia.”

His relationship with the Free French leader was probably not helped by the difficult decision to bombard the French fleet at Oran in 1940 to stop it falling into Nazi hands. The Royal Navy raid killed more than a thousand French servicemen, sank one battleship and damaged five others.

Following D-Day, Churchill wanted De Gaulle to rally Frenchmen to the Allied invasion with a radio broadcast, but the general refused, fearing the Anglo-American dominance might imperil French independence. An infuriated Churchill called him a “false and puffed personality” with “no regard for common causes”. 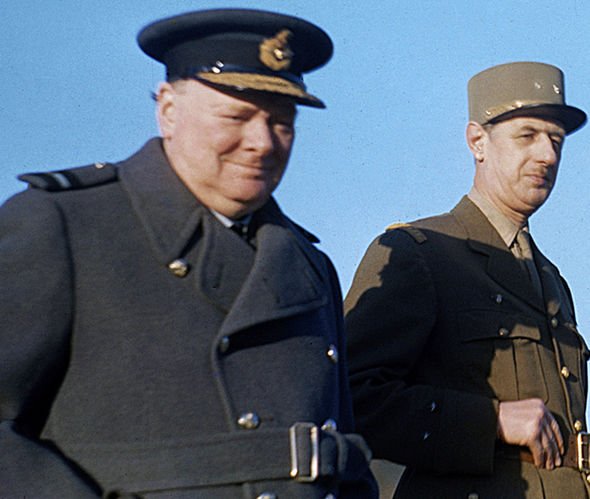 Thousands of British and American servicemen might have died to liberate France, but De Gaulle barely wanted to acknowledge that, entering a freed Paris as though he was sole victor.

This transatlantic antipathy continued long after the war, with France withdrawing from NATO in 1966. De Gaulle blocked our request to join the European Common Market twice – in 1963 and 1967. Even when our Francophile Prime Minister Edward Heath finally got us in the EC in 1973, France treated the union as a French-German club with everyone expected to follow their lead.

Any British criticism has been regarded as an impediment to their desire to establish a united Europe equal to the USA, even though it is NATO and not the EU that has maintained peace in Western Europe for 72 years.

What Louis XIV and Napoleon failed to achieve, French presidents have sought to make happen under the umbrella of the EU. The Treaty of Lisbon in 2007 brought them as near to this as possible, setting each member on the path to ever closer union, consolidating decision making in Brussels and removing national barriers. 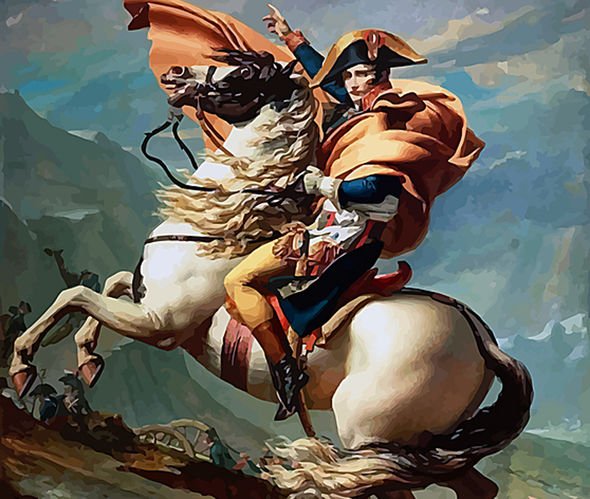 Our vote for Brexit in 2016 shattered this ambition and the French establishment remain furious with the UK. Rather than becoming amicable neighbours, French bureaucrats have sought to make life difficult for us at every turn.

Increased border checks have damaged the flow of trade between our two countries, hurting exporters on both sides of the Channel. The EU’s much-touted concern for supporting the Good Friday Agreement in Ireland has in fact destabilised the peace process there, triggering the worst political crisis in Belfast since 1998.

Perhaps worst of all, at the moment of greatest threat to us all in the Covid-19 pandemic, President Macron chose to undermine our Oxford Astra-Zeneca vaccine, resulting in the entire EU lagging way behind our own triumphant vaccination programme. If ever proof was needed the French care more about EU politics than protecting their own citizens, this has been perhaps the most shocking example. 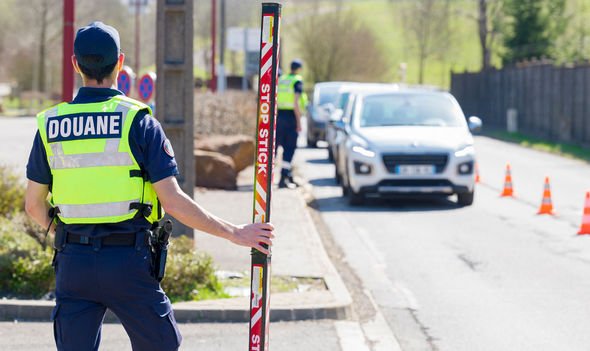 It is a tremendous pity that such a civilised and stylish nation should be misled by pride and arrogance. Military defeat and national humiliation have undoubtedly played their part in ramping up this millennium of antipathy, but almost on every occasion since the Middle Ages, it has been Britain that has simply been defending itself against an overreaching French state seeking to subdue us or reduce our historic freedoms.

The fact that the Royal Navy is patrolling the sea between us to protect Jersey islanders is a sorry reflection of this.

Despite this, I will not stop drinking claret, savouring a ripe Brie de Meaux and admiring Impressionist artists, because France for me is a country of sensual triumphs, the very definition of joie de vivre. If only its posturing politicians would stop panicking at their ­passing power and once more be the good friends we really want them to be.

In the past, especially during the tragedy of the First World War, we have stood ­shoulder to shoulder against a common enemy. Let’s do that again.