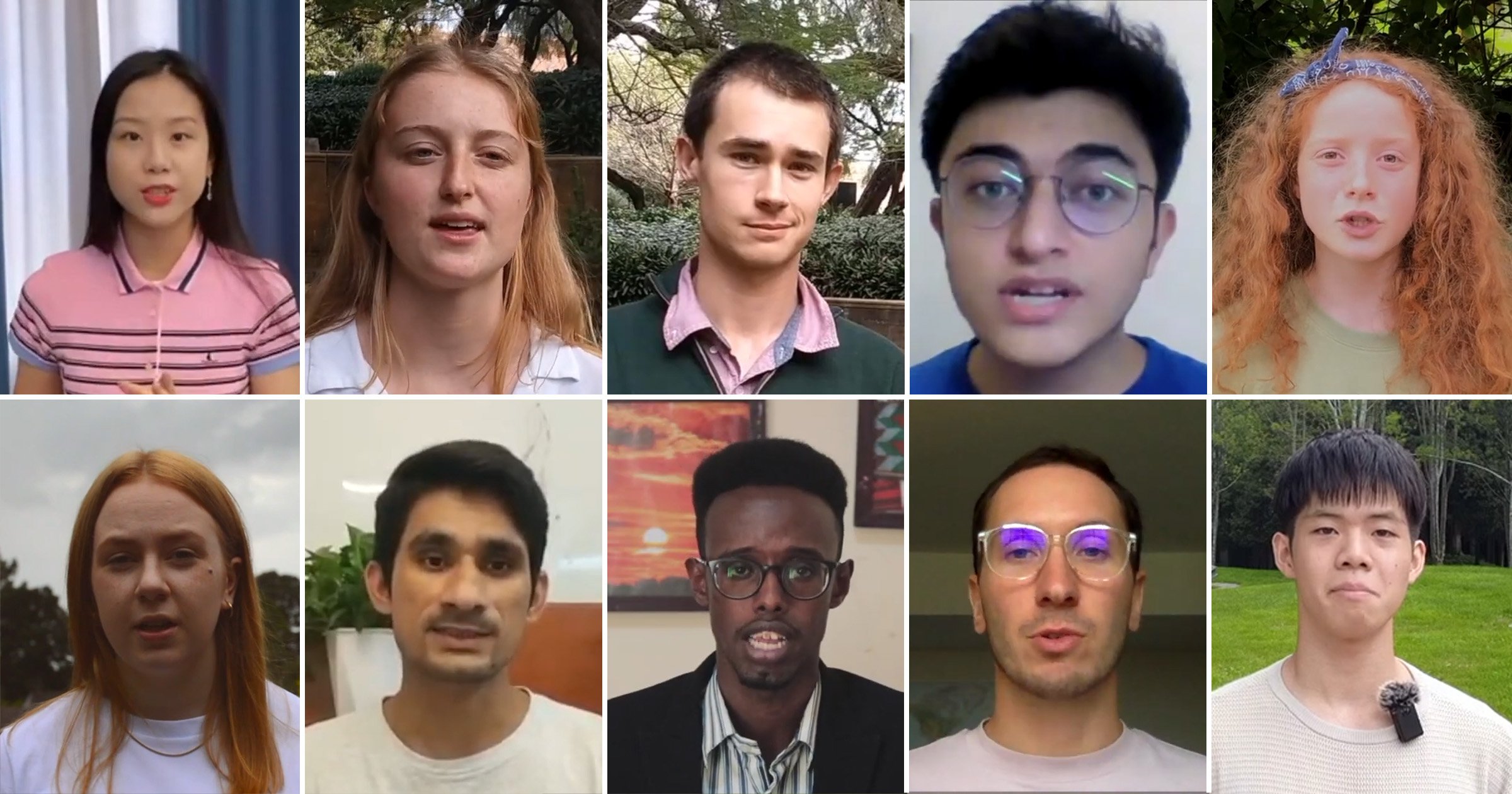 An urgent call to action from young people across the globe whose experiences of climate change bear striking resemblance will be sent to world leaders at COP26.

A film put together by young volunteers at British universities combines the voices of environmental influencers sharing their views and the stories of the extreme changes they have lived through.

Entitled the ActNowFilm, the messages are due to be screened in the Green Zone at the UN Climate Change Conference, which begins in Glasgow on October 31.

Co-director Syed Jazib Ali told of his pride and excitement ahead of the event, after which he will join a panel to speak about the issues.

The film-maker, 26, said: ‘I’ve been amazed at how this project has come together, there are so many powerful stories. It’s about giving global youth a platform to voice their concerns and opinions and to send a message to the global negotiators and policy-makers at COP26.

‘There are so many young people who have experienced extreme environmental conditions in such a short span of time. Many of the global negotiators will not have experienced such extremes in their whole lives up until recent times.’

The film-makers asked for people aged 16-30 to submit video of up to two minutes talking about climate change and the actions they would take to address the issues.

Bec, from Australia, one of those whose clips were chosen, echoes others when she says ‘without combatting climate change, we can’t look into the future with any hope’.

‘Some of the submissions are very personal stories,’ Syed said.

‘For example, one person from China told how there was a river in his town, which he saw growing up, which is now gone.

‘They are talking about the extreme impacts on their lives and even though there are young people speaking from across the globe there are so many similarities, whether it be across continents, in Latin America or Asia.

‘It shows how climate change is urgent and we need to take action.’

Syed, a documentary film-maker originally from Indian-administered Kashmir, knew little about climate change until starting a Master’s degree in Journalism and Documentary Practice at the University of Sussex.

‘I focused on human rights issues in Kashmir and the first time I saw Extinction Rebellion I had no idea what it was all about,’ he said.

‘I then came to the UK to join the University of Sussex and became part of this amazing project which I’m very excited and proud of.

‘My message to the COP26 leaders is that it’s time to listen to the powerful messages from the youth in our film.

‘The young people have spoken and it’s time to take action.’

ActNowFilm is an official COP26 UK Universities Project, co-led by Cambridge Zero and the University of Bath’s Institute for Policy Research.

Project-managed by young volunteers, it will be aired in the Green Zone, a dedicated exhibition, performance and event space at the Glasgow Science Centre, on November 11.

Katie Parker, of the Centre for Climate Repair at Cambridge, said: ‘This film features youth voices on climate from around the globe, detailing their lived experiences of climate change, their hopes and fears for the future, and their demands of COP negotiators.’

The two-week summit is intended to unite nations in accelerating action on climate change, with the aim of limiting the temperature increase across the planet to 1.5 degrees. Alok Sharma, the summit’s president-designate, has said that achieving this objective will involve ‘protecting and restoring nature on an unprecedented scale’.

To reach ‘net zero’ and keep the temperature under control, the world should be producing less carbon than it takes out of the atmosphere by the second half of the century, according to the UK government.

However, attempts to secure firm commitments have been hit by Russian President Vladimir Putin saying today he will not be among the 120 leaders due to attend. Doubts remain over whether Chinese President XI Jinping will make the journey to the Scottish capital.

In the UK, the ripples from the forthcoming conference have led the University of Sussex to introduce a minimum of five annual Sussex Climate Leadership Scholarships

Awards of £3,000 a year will go to applicants who can evidence their track record as environmental influencers, with the process favouring those willing to collaborate with the university on reaching net zero by 2035 and encouraging others to tackle climate change.

Sussex has also announced three one-off COP Climate Leader Prizes of £3,000 each for current students who show outstanding leadership on the issue before and after the conference.

Ahead of COP26, 140 universities have backed a new set of commitments on climate action drawn up by umbrella group Universities UK, including emissions reduction targets and a pledge to champion the UN Sustainable Development Goals Accord.