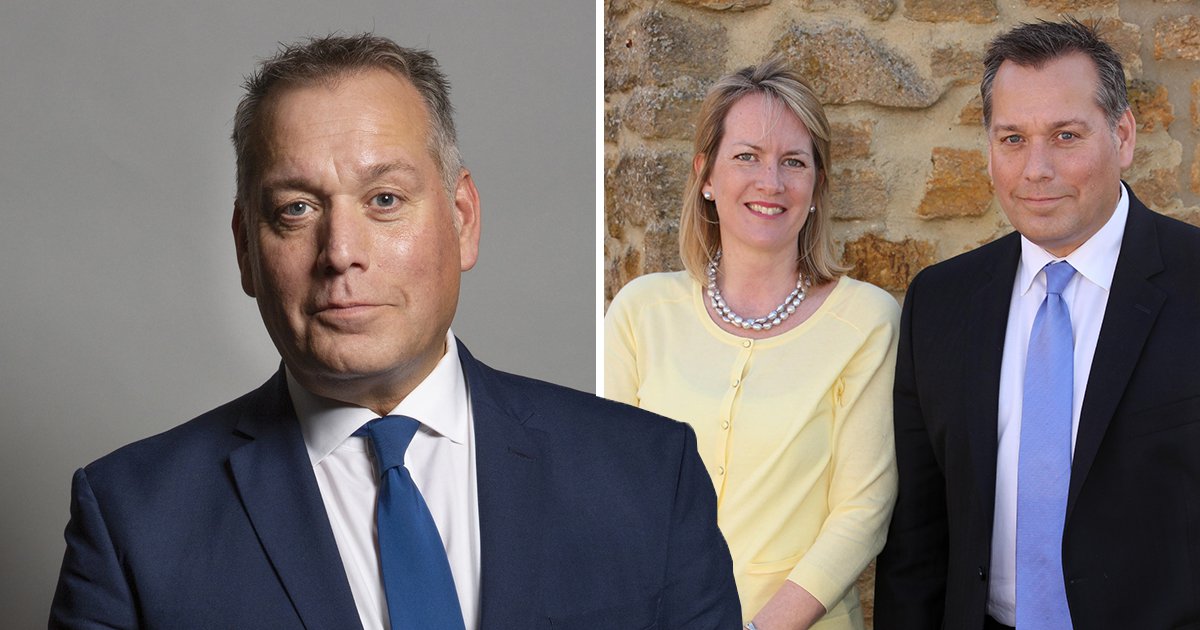 The wife of an MP accused of sexual misconduct and drug use is said to be standing by him.

David Warburton has been suspended while an investigation into complaints by two women is carried out.

The 56-year-old Tory reportedly snorted ‘line after line’ of cocaine before groping a woman, while another two women have also come forward to make assault accusations.

A picture of the MP sitting next to lines of white powder was obtained by The Sunday Times.

Mr Warburton has indicated he denies any wrongdoing and told the Telegraph he has ‘enormous amounts of defence’.

He was reportedly admitted to a psychiatric hospital to be treated ‘for severe shock and stress’ after the allegations were made public in the press.

Mr Warburton has had the Conservative whip withdrawn and will sit as an independent while the investigation is carried out.

His brother-in-law Jonathan Baker-Bates said the Tory and his wife believed he had ‘not done anything wrong’.

She has been employed as the MP’s ‘communication officer and personal assistant’ since 2015 and the pair have been married for 20 years.

Speaking to the Daily Mail, the brother of Harriet Warburton said the couple were ‘absolutely… standing by each other’.

He added: ‘They’ve always been a very happy couple for as long as I’ve known them. Harriet is obviously affected herself… I think she is obviously finding it hard.

‘I got a call from my sister last night. That’s the first time I’ve heard of it.

‘She seems to be surprised by it as much as anyone else. Her line is as his – he’s not done anything wrong and these things have explanations.’

Mr Baker-Bates said the allegations could be a ‘fix-up’ and ‘appear out of character’.

All three women – two of whom have made formal complaints – accuse Mr Warburton of unwanted sexual touching.

He told The Telegraph on Saturday: ‘I have enormous amounts of defence, but unfortunately the way that things work means that doesn’t come out first.

‘I have heard nothing whatsoever from the Independent Complaints and Grievance Scheme.

A House of Commons spokesperson said: ‘We can’t confirm or deny any current investigations.

‘Therefore, we cannot provide any information on complaints or investigation, including whether or not a complaint has been received.’