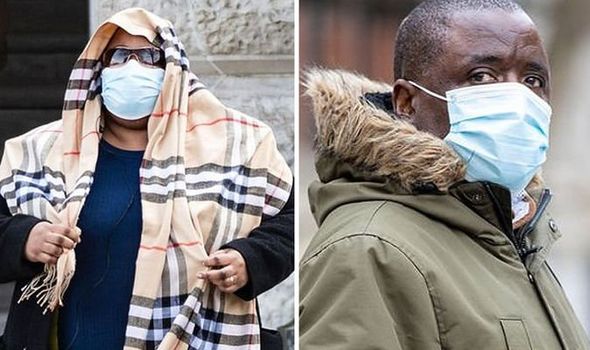 Thulile Bhebhe, 51, claimed her husband Bekezela Bhebhe died of a pulmonary embolism while holidaying in Zimbabwe in August 2016. However, it was discovered Mr Bhebhe, a nurse, was actually working a long day shift at Charing Cross Hospital in London on the day he ‘died’.

Mrs Bhebhe, who wore an all-black outfit and a face mask in the dock, looked straight ahead and appeared emotional as the sentence was passed.

Judge Seed said: “It was an audacious fraud but you kept up your husband was dead over a period of time.

“Given that you have two dependant children at home and there’s a real prospect of rehabilitation, it is entirely in accordance with the sentencing guidelines that I should not make that sentence immediate but suspend it – to give you the opportunity to rehabilitate and find other ways of punishing you.” 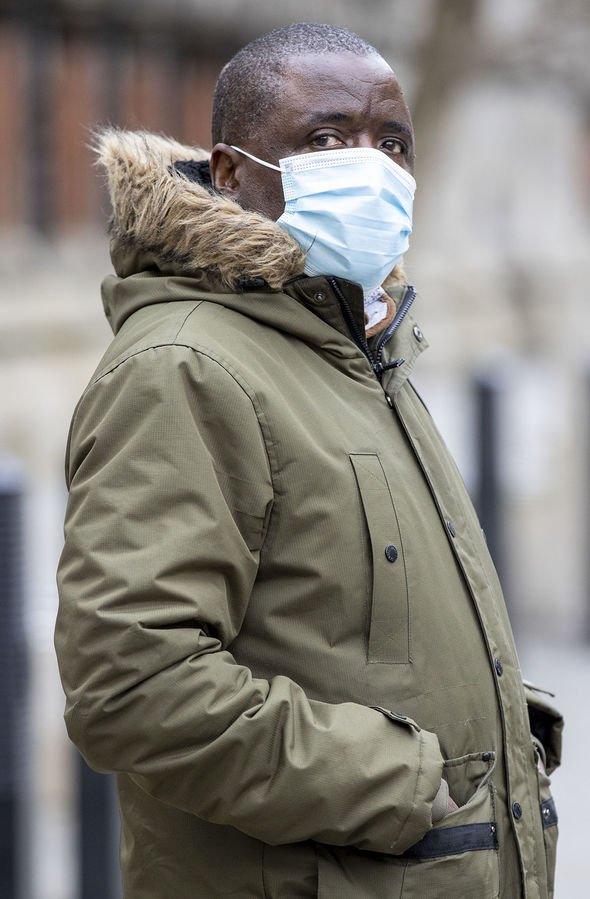 Mrs Bhebhe, also a nurse who worked for the NHS Direct phone service at the time, admitted fraud by false representation in 2018.

Inner London Crown Court heard her husband, who is originally from Zimbabwe, was unaware she had declared him dead.

Bekezela Bhebhe, 54, was accused of helping her submit the fake documents but denied any involvement and was cleared in January this year. 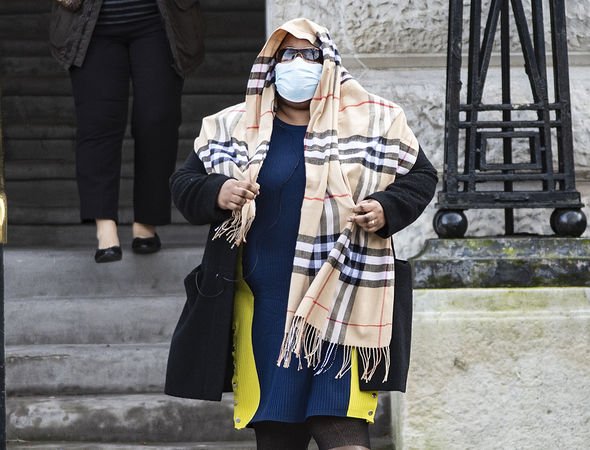 However a judge ruled there was no evidence that he was in on the fraud when his wife, who is originally from South Africa, made the claim and ordered the jury to find him not guilty at the end of the prosecution case.

The life insurance policy had been taken out through Barclays Bank in 2012 and was underwritten by Aviva, with premiums of £50 a month for £397,153 of cover.

In September 2016  Aviva received a medical consent form from Mrs Bhebhe and a copy of a medical certificate from a hospital in Zimbabwe confirming Mr Bhebhe had died of pulmonary embolism on August 9.

Investigators for Aviva contacted the health service and in January 2017, the NHS confirmed Bhebhe was alive and well, working a long day shift as a sister charge nurse in acute medicine at Charing Cross Hospital.

The policy money was never paid out to the couple. 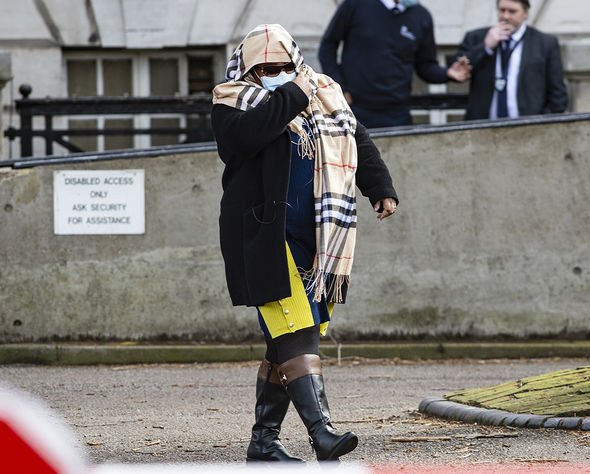 During his trial, jurors heard Mr Bhebhe was questioned by police and admitted he had credit card debts of £10,000, owed around £5,000 to HMRC in tax and was paying off a joint loan of around £15,000 with his wife.

He told officers: “I don’t think I’m involved in all this. I know very little about this insurance. The day it was taken over I was there in the house but I wasn’t fully involved, I was just there to sign the papers and say yes.

“I just thought it was ongoing insurance. I never really got into the details of the contracts, what the agreements are.”

Philip Romans, defending Mrs Bhebhe, said: “She has genuine remorse. She took it on her shoulders. It’s not that she’s got away scot free.

“She’s been on benefits and has not been able to get any work, although she has tried to, largely because of this conviction.”

Sentencing Mrs Bhebhe, Judge Seed said: “I read that you came from South Africa and you came as a nurse and you were working until this offence.

“I’m slightly at a loss why you needed to commit the offence as you were in work until you lost your work as a result of this.

“And now you are in dire financial hardship. It is true the fraud involved forged documents from Zimbabwe but they weren’t so sophisticated that the authorities could not see through them in the UK and failed to pay out which you intended to obtain.”

Prosecutor Nicholas Wayne applied for compensation to cover Aviva’s costs for investigating the fake claim, but it was rejected by the judge because of the couple’s financial situation.

She must carry out 25 days of rehabilitation work and 100 hours of unpaid work.