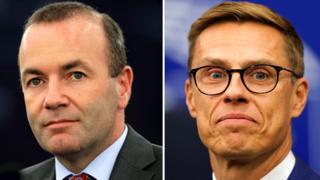 Europe’s centre-right parties are gathering in Helsinki to select their candidate in the race to succeed Jean-Claude Juncker as president of the European Commission in 2019.

Mr Juncker’s successor will enjoy a massive profile, a seat at summits of EU leaders and the power to introduce – if not pass – new European laws.

The European People’s Party (EPP) includes the heads of government of eight EU countries including Germany, Austria, Ireland, and Hungary.

And because their group currently dominates the European Parliament, whoever wins this contest will have the most political clout in the race.

Two men are in the running: the EPP’s leader in the European Parliament, Manfred Weber, and former Finnish Prime Minister Alexander Stubb.

Conveniently, both have made videos that sum up their candidacies better than any policy pamphlet.

In his glossy production, Manfred Weber goes back to his home town in Bavaria – the heartland of his party, the CSU.

He talks about security and the need to protect the “European way of life” – one embodied by old buildings, scenic vistas and an all-white group of fifty-something political allies meeting in a wood-panelled restaurant.

Mr Stubb’s effort is a compilation of pictures of him with young fans, being interviewed on the red carpets of the EU institutions, backed by Finland’s version of Mumford and Sons.

His motto is “Next Generation Europe” – presumably a generation that should be led by someone with a 14-year career featuring stints as a member of the European Parliament, head of government and vice-president of the European Investment Bank, and who is actually four years older than his rival.

Their campaigning styles have been different too.

Alexander Stubb hands out leaflets from his ten-year old Opel Astra car and holds “pop-up press conferences” at the airport with an army of young volunteers.

Is the winner a shoo-in?

Absent from the race is an EPP lifer with a sky-high profile.

It’s the EU’s chief Brexit negotiator, Michel Barnier, who ruled himself out because he has his hands full with the on-going talks.

And there’s a chance the job won’t go to Mr Weber or Mr Stubb either.

Or the centre-left equivalent, Frans Timmermans, who is currently first vice-president of the Commission. Or the Greens’ candidate when they select one.

The Liberal group isn’t fielding anyone.

And that’s because the system has changed since the last vacancy for European Commission President in 2014.

The Lisbon Treaty says that the appointment should reflect the results of the European Parliament elections.

Previously the Parliament interpreted that as meaning the role should go to the lead candidate – or spitzenkandidat – of the political group that won the most seats in the European elections.

Who gets to decide?

The European Parliament has agreed that it will endorse the person who commands a majority in a vote of MEPs when they return after May’s elections. 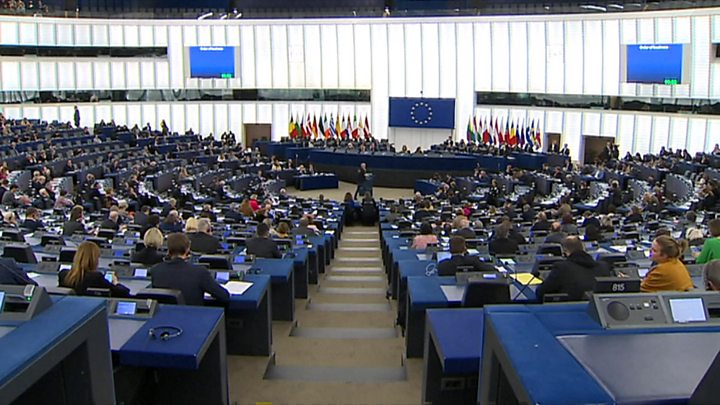 The final decision is then made by EU leaders.

They have agreed that they will not automatically appoint the Parliament’s choice or necessarily someone who even stood as a spitzenkandidat in the first place.

It could lead to a massive row or the job could go to someone else who is widely respected, has cultivated MEPs and happens to be available in the second half of the year.

“How about… Michel Barnier?!” goes the theory in Brussels.

He has said that he is dedicated to his current job.

However, he wasn’t too busy to deliver an 80-minute speech about the future of Europe to the EU elite on Monday night.

And there’s another Brexit angle.

Whoever gets the job will oversee the finalisation of the UK/EU trade deal and will set the tone for the new relationship between the two for decades to come.

So this could be the start of a beautiful friendship, whether it is Michel, Manfred, Alex or Frans, or anyone else.

Listen to Adam on Brexitcast on BBC Sounds