A low pressure weather system developing in the Atlantic is set to clash with cold air across the country, which could see rainfall thicken into snowflakes in the Scottish Highlands and northern England.

There is still uncertainty about how far the adverse weather could extend into southern parts of England. 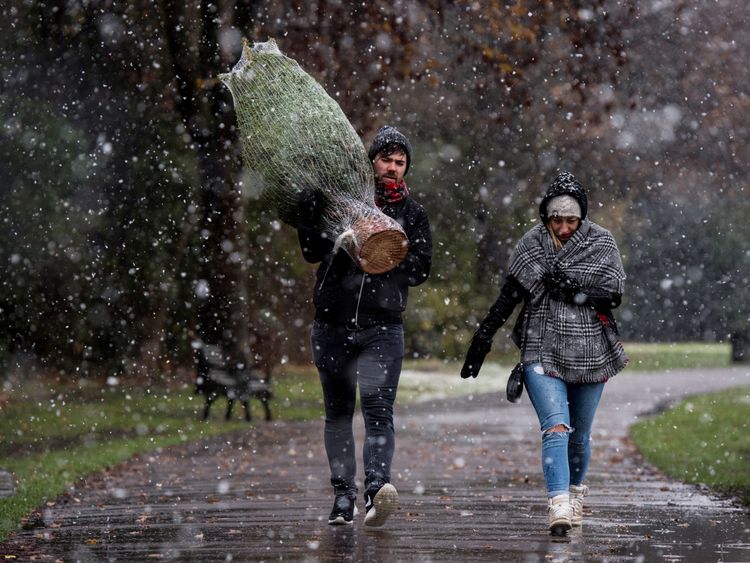 “Things look set to change at the weekend, with rain spreading across the UK and Ireland from the Atlantic.

“That will bring the chance of a spell of snow as the rain moves into the colder air, although there is still a lot of uncertainty in the forecast.

“The hills of northern and eastern Britain look most at risk.”

The Met Office is expected to issue initial warnings of rain, sleet and snow for affected areas on Thursday.

A Met Office forecaster said: “Across central and eastern parts it will be colder than average, looking at highs between four and six degrees by day.

High winds are also expected to sweep across the country, reaching between 40mph and 45mph.

The Met Office said winds are expected to ease for a time on Friday but pick up again over the weekend due to the low pressure system.

The North East is likely to experience adverse weather conditions due to a boundary of warm and cold air.

A Met Office forecaster said: “We’ll see things turn a bit colder as we go through to the end of the week, Friday will be a cold day.”

Forecasters said there was potential for more unsettled weather over the festive period.