William and Kate have been told the Queen’s 70-year reign will likely never be repeated at the start of the next leg of their controversial Caribbean tour.

The Duke and Duchess of Cambridge have touched down in the Bahamas after earlier visits to Jamaica and Belize.

They were welcomed on Thursday by the country’s prime minister, who paid tribute to the Queen.

She continues to serve as the Commonwealth nation’s head of state despite it gaining political independence in 1973.

William nodded in agreement when Philip Davis said ‘I do not think we will see the same again’ after sending the Queen best wishes on her Platinum Jubilee milestone.

The royal tour has raised questions about the legacy of Britain in the Caribbean, much of which did not gain independence until the 1960s and later.

A visit in Belize had to be rearranged over fears protests could spill over and there was strong criticism from campaigners in Jamaica.

The Bahamas National Reparations Committee (BNRC) has voiced its concerns about the royal visit, issuing a strongly worded document a few days ago. 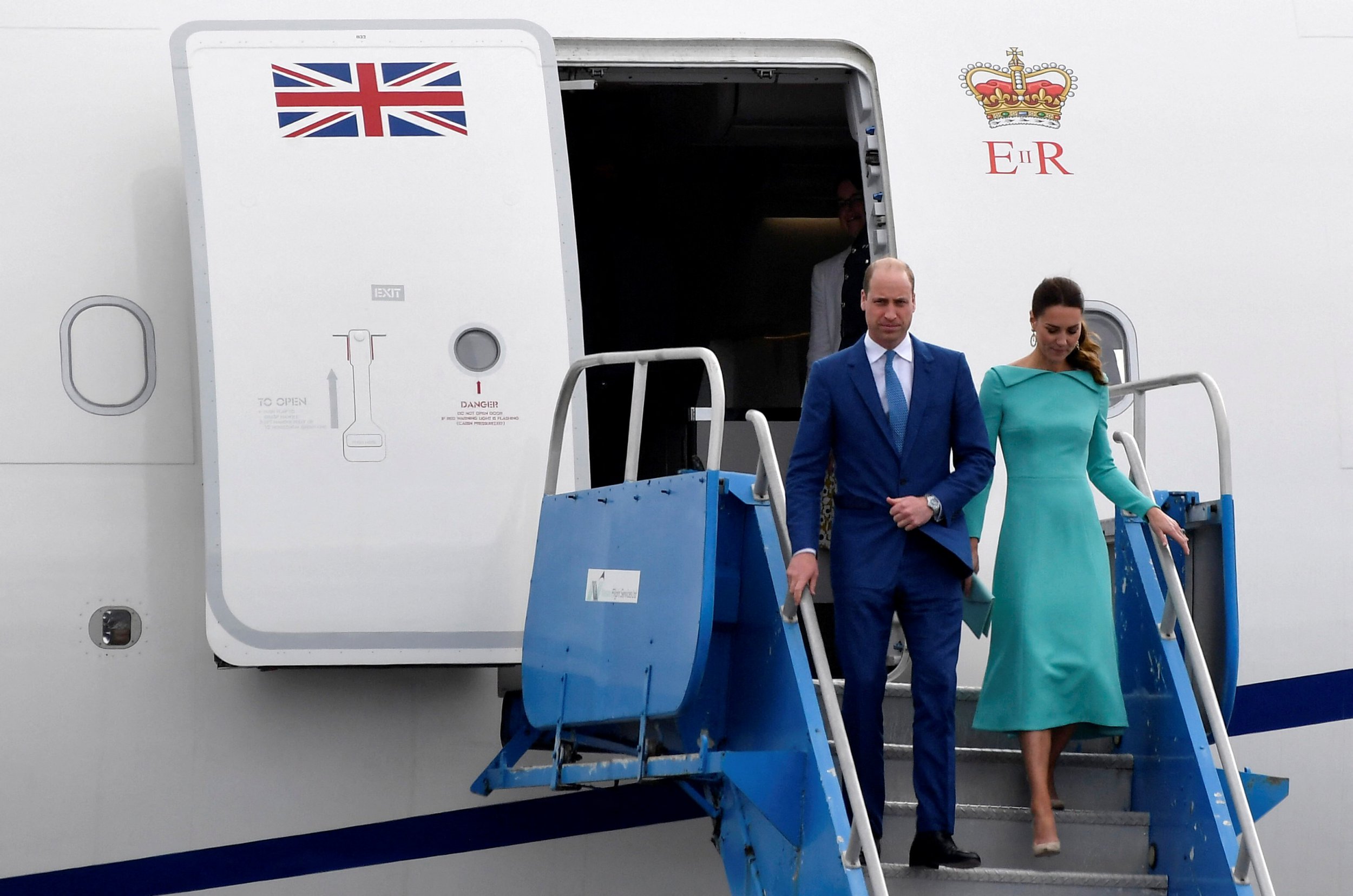 The organisation claimed the monarchy ‘looted and pillaged our land and our people for centuries, leaving us struggling with under development, left to pick up the pieces’.

William addressed the legacy of the slave trade head on earlier in the visit but, like his father Charles during a speech in Barbados in November, stopped short of any formal apology.

Instead he said called slavery ‘abhorrent’ and said ‘it should never have happened’ during the Jamaican address.

William also expressed his ‘profound sorrow’ at the forced transportation of millions of people from Africa to the Caribbean and North America – a trade which British monarchs either supported or profited from during the 17th and 18th centuries.

Speaking during his visit to Jamaica with Kate, he echoed the words of his father the Prince of Wales and described the slave trade as an ‘appalling atrocity’ that ‘stains our history’ and he went on to acknowledge Jamaica’s ‘pain’.

The prime minister of the Bahamas told the future king on his arrival: ‘We have been looking forward to your arrival. It’s long overdue. We are delighted you are here.’

The duke replied: ‘Yes very much, excited to be here.’

William and Kate are expected to race one another in a regatta held to mark the 70-year anniversary of the Queen’s ascension to the throne.

The couple will also visit pupils at a primary school in Nassau and meet with key workers and frontline staff at the Garden of Remembrance to hear about their experiences of the pandemic.

In the evening they will attend a dinner hosted by the Governor General Sir Cornelius Smith featuring community leaders and local heroes.

The duke will give a speech at the event, though it remains to be seen whether he will return to his comments on slavery.