Princes William and Harry have led the Queen’s eight grandchildren in an emotional vigil around her coffin.

It comes less than 24 hours after their parents mounted a similar tribute at Westminster Hall, where mourners continue to file past paying their respects after spending hours waiting in line.

The heir to the throne was once again joined by Prince Harry, who appeared in his military uniform for the first time in two years.

The Duke of Sussex, who saw action on the front line during two tours of duty in Afghanistan, had been denied the chance to wear it as he publicly mourns because he is no longer a working royal.

But royal sources say their father King Charles has decided his youngest son can wear uniform for the vigil. 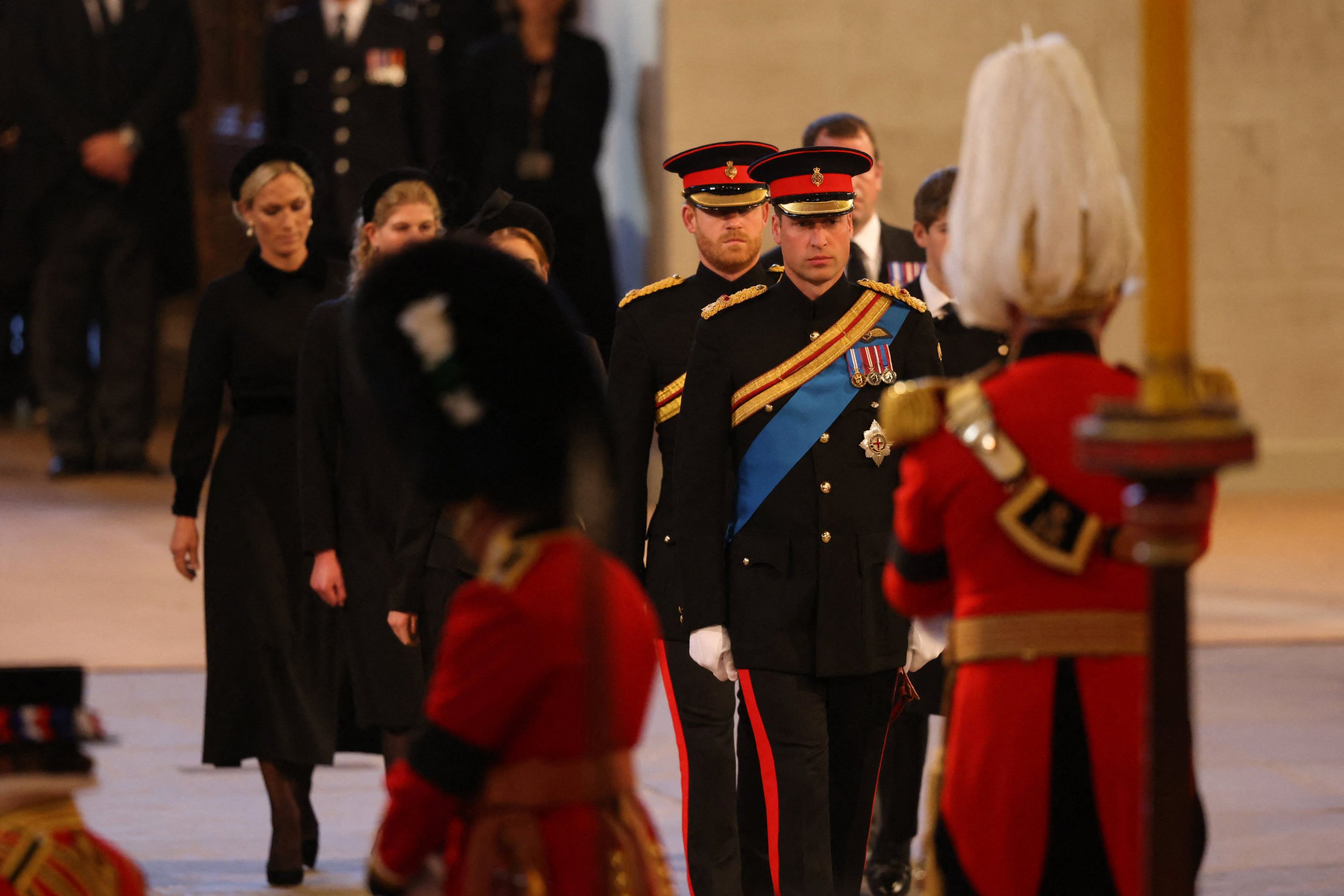 William took up position at the head of the coffin, with Harry standing at the foot.

The Prince of Wales was flanked by cousins Zara Tindall and Peter Philips, while Harry stood with Princesses Beatrice and Eugenie, who paid tribute to their ‘dear Grannie’ earlier.

Lady Louise Windsor and her brother Viscount Severn stood at the middle of the coffin.

On Friday evening, the Queen’s children – Charles, the Duke of York, the Princess Royal and the Earl of Wessex – took part in their own vigil.

The King, Anne, Andrew and Edward had solemn looks on their faces as they stood vigil around their mother’s coffin, with their heads bowed throughout as members of the public filed slowly past them.

They were all dressed in uniform, with an exception made for disgraced Andrew, who is no longer a working royal, to wear his military uniform as a ‘special mark of respect’ for the Queen.

It comes as final preparations are under way for the funeral on Monday, with politicians and royal dignitaries from around the world expected to arrive throughout the weekend.