Prince William and Prince Harry have not seen each other in person as the Duke of Sussex moved to the United States with his family after he and Meghan Markle stepped down last year. ITV Royal Editor Chris Ship told Good Morning Britain on Friday the divide between the royal brothers appears to be even deeper than believed as their communications was drastically reduced since Prince Harry left. Mr Ship said: “William and Harry haven’t spoken in a year.” 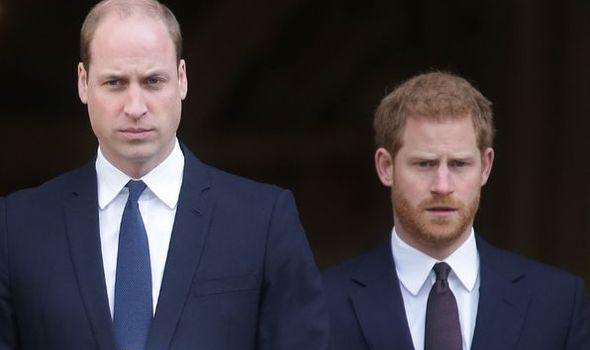 The claim comes after the Duke of Cambridge confirmed he had yet to speak to his younger brother following his and Meghan Markle’s interview with Oprah Winfrey.

During the discussion with the talk show host, the Duke and Duchess of Sussex hit out at the Royal Family over the alleged treatment received while still working members of The Firm.

The couple also claimed one family member voiced concern about the skin colour of their son Archie Harrison ahead of his birth.

The comments sparked a backlash, with Prince William breaking away from the “never complain, never explain” mantra long-used by The Queen to dismiss the suggestion during an official outing on Thursday.

He said: “We’re very much not a racist family.”