Tensions between the once-close brothers have been heightened for some time, particularly since Prince Harry’s royal exit in 2020. Speaking to GB News, Grant Harrold, who worked as a former butler to Prince William and Harry, claimed that Queen Elizabeth II’s coffin procession may impact the brother’s relationship and allow them to take time to work on “rebuilding” their strained relationship.

“William and Harry, when I worked for the family, were very very close.

“I know in recent years, from what we understand, that relationship has distanced.

“But, I just have a feeling that they have been working on rebuilding that relationship.”

He added: “We saw the walkabout recently with, if I can the Fab Four, as they were once known.

“That just shows, I believe that behind closed doors, that they are working on rebuilding that relationship that they [once] had.” 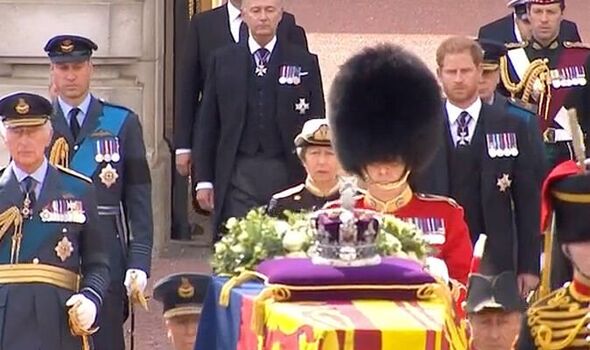 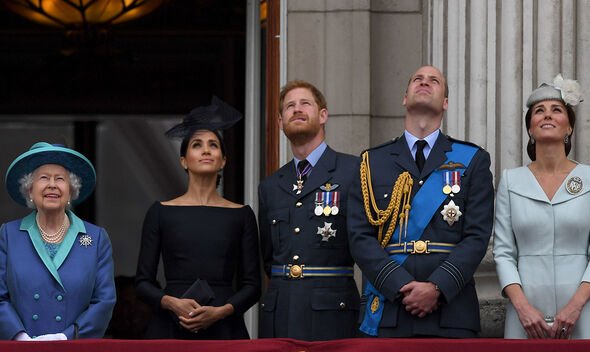 Mr Harrold continued: “They are aware that their grandmother loved both of them, she would have hated any of this fallout between them.

“So, in a way, this is wonderful to her memory if they can actually go forward together and work out those differences, which they may have already done.

“So, it’s really significant, really important that they are going to walk behind her coffin today.”

He concluded by stating that he believes the brothers will “do equally as good a job” as they did “for their late mother” in 1997.

Speaking to Oprah in 2021 about his relationship with William, Harry said: “”I love William to bits. We’ve been through hell together and we have a shared experience, but we are on different paths.”

In a previous interview with The Sun, royal expert Angela Levin said that Harry once told her that “William was the only person he could trust”.

On September 10, Harry and Meghan, who travelled to the UK at the beginning of the month, joined William and Kate on a walkabout in Windsor.

It was the first time that all four of them were seen together in over two years. 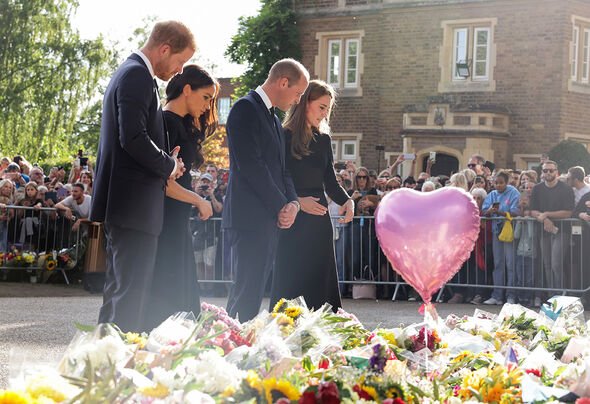 On Wednesday afternoon, the two brothers walked side-by-side behind the Queen’s coffin, as it travelled from Buckingham Palace to Westminster Halls.

It is their second public appearance in five days.

The two walked behind their father the King and their aunt Princess Anne, and uncles Prince Andrew and Prince Edward as they escorted Her Majesty to the hall where she will lay in state until the morning of her funeral.

The service will be held at Westminster Abbey on September 19 before the Queen is taken to Windsor to be buried alongside Prince Philip, the Duke of Edinburgh.