Due to the Queen’s passing earlier this month, both Princes came together in order to attend funeral proceedings and meet with mourners. Royal correspondent and commentator Russell Myers discussed whether or not the brothers had come together and had a truce. Mr Myers claimed to of spoken to a source who was close to the Prince and Princess of Wales about the matter. The royal commentator explained to Katie Nicholl a Vanity Fair Royal Correspondent that Prince William invited Prince Harry and Meghan, Duchess of Sussex on the walkabout to meet mourners at Windsor Castle earlier this month.

Ms Nicholl said: “I wondered if there might be something to suggest that the reconciliation that everyone was hoping for might be taking place.

“I was told by someone very much in the know that that wasn’t the case.

“There wasn’t a private dinner or anything going on…

“The only meeting we know of was when William was returning from the school run and happened to pass Harry and Meghan in [Windsor] Home Park and had a quick word.

“That suggests we’re very far off from a long-term and meaningful reconciliation between these two men.” 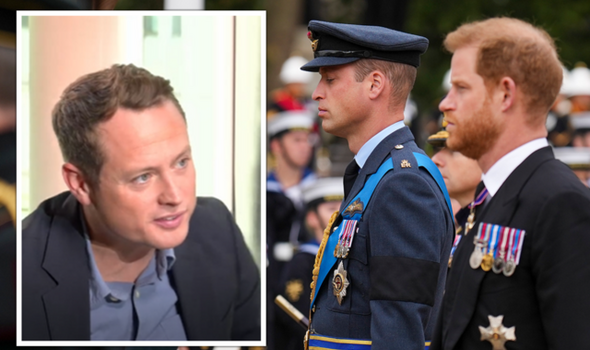 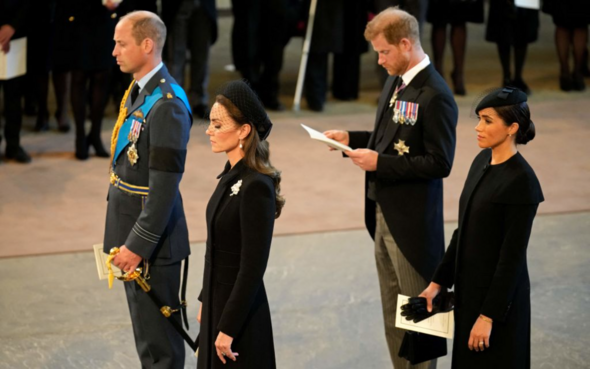 Mr Myers said: “I’ve spoken to someone very close to William and Kate and they said, ‘Don’t be fooled by this’.

“I know that everybody wants them to come together and to have this big truce, but the truce is very much temporary. The truce was for the Queen,  the Queen was always about unity, especially of her family.

“And she would have wanted the boys to come together, and certainly, William extended that invitation to the Sussexes to come forward and take part in that walkabout.

“But as far as [William] is concerned, there is still an awful lot of distrust in the camp.”

Prince Harry and his wife Meghan, Duchess of Sussex were pictured meeting with mourners outside of Windsor Castle, alongside Prince William and the Princess of Wales.

Both royal Princes came together in order to meet members of the British public who had come to lay flowers and pay their respects to the Queen.

The Sussexes are expected to return to their home in LA as the funeral proceedings are over. 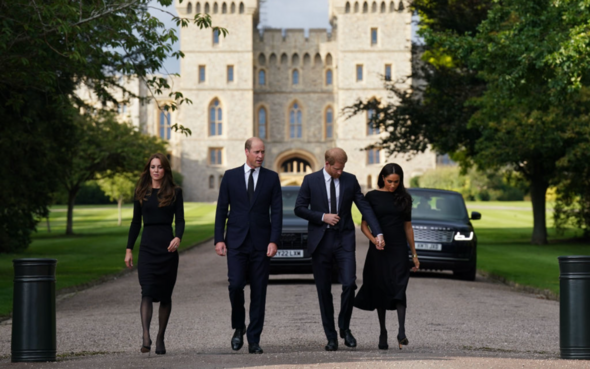 Royal biographer Tina Brown told Lorraine: “This is an incredible moment to be used and the country loved that feeling of unity, they loved seeing the brothers back together and marching as well and it really was a beautiful sight to see them all back together.

“Let’s face it, Harry is a magnificent man, he looked wonderful I thought, funnily enough, the fact that he was wearing a civilian suit not uniform… your eye kind of went to him constantly in the crowd.

“But I think unless he gives up his book and these tell-all documentaries type stuff and stops doing the interviews then there can be no trust.

“If he does that I think there is very much a way and I do actually think the royal family now needs them, there is a lot of work to be done.”